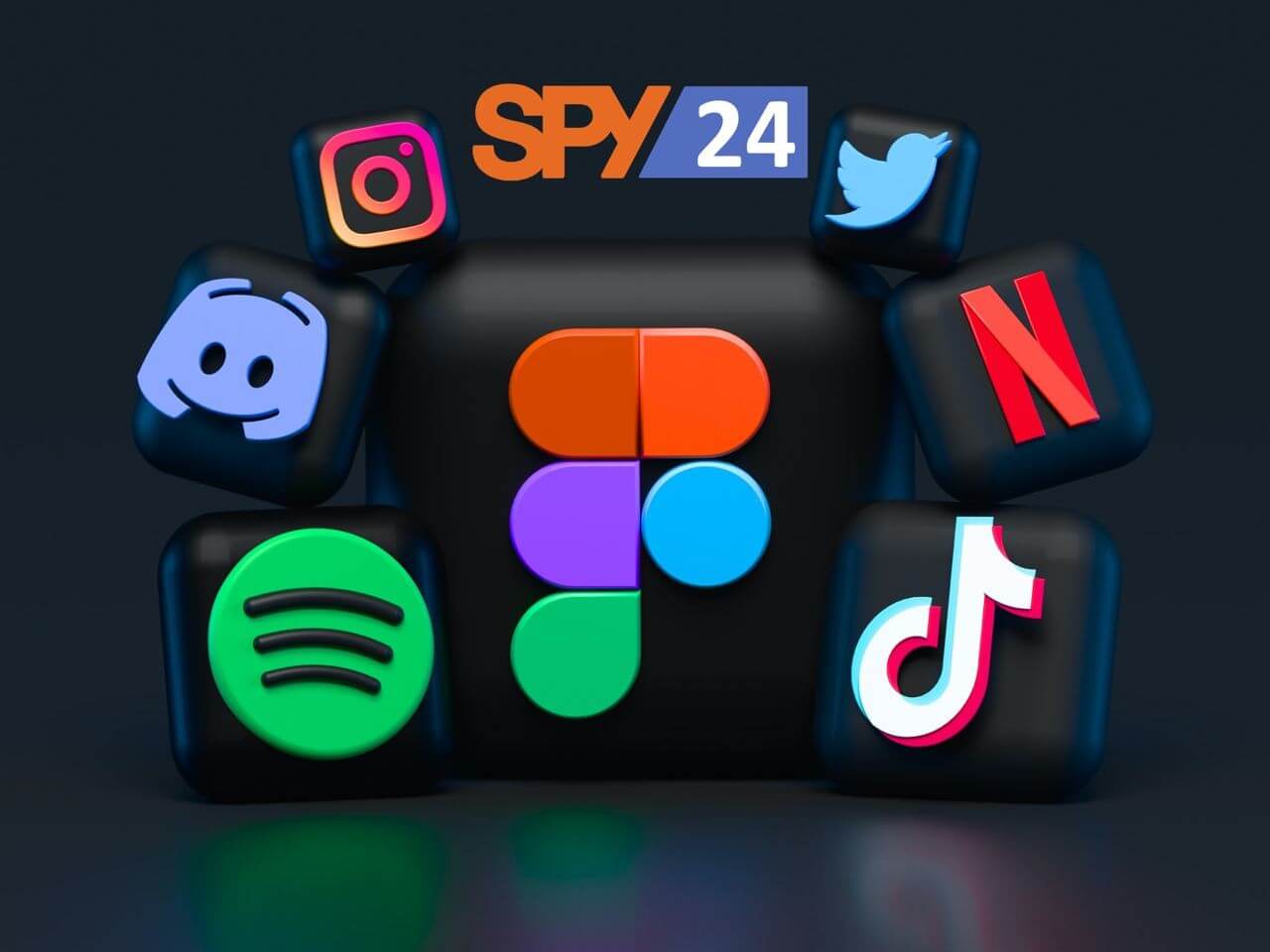 Parents today are asking themselves a slew of questions about the worst applications for kids available on the market. Questions like "Is Omegle dangerous?" come to mind. Is the Amino application secure? And, maybe most crucially, what exactly is an Omegle?

If these questions are troubling you as well, and if you want to learn everything you can about harmful applications for teens so that you can guide your children in other, safer paths, continue reading.

Apps for Kids That Aren't Good for Them, and Why You Should Avoid Them

There is a slew of social media platforms that parents should be familiar with – almost too numerous to mention here. In order to ensure that the apps were secure, we had our parental control experts investigate dozens of them. Today, we're going to show you some of the most dangerous apps for children.

These apps are not intended to exploit children; yet, they are filled with hidden risks that every parent should be aware of before downloading them. Consequently, don't be afraid to look over the list of social networking apps that can be harmful to your youngster.

What it does: In addition to having an unusual name, the app also provides an unusual offering. Through registration, you will have the opportunity to participate in unmoderated video conversations, adult video chats, and monitored video chats. Additionally, you can select to engage in text chats.

For this reason, Omegle is popular among users since it provides a unique and random experience that distinguishes it from other chat apps and keeps things interesting. Omegle appears to be an appealing option on the surface in a world where everyone is looking for something new.

What makes Omegle so risky: Is Omegle a harmful site? Some people say yes, especially because you never know who will be on the other end of the phone line. Furthermore, several parents have stated that the app contains a large amount of live nudity. Children under the age of 18 should not use this app without adult supervision, according to the program's instructions, but curious children are unlikely to heed such cautionary tales. As a result, Omegle has risen to become the most popular app for child predators.

What it does: WhatsApp allows users on any mobile device to communicate with friends who are using other mobile devices. That implies that if you have an iPhone, you will be able to talk in real time with individuals who have an Android device. Furthermore, all you need is their phone number in order to start a chat.

Why it's popular: Within a group of pals, you'll discover a variety of different types of electronic devices. Unlike when some of their peers use iMessage while others prefer texting or an Android-only solution, no one in the group will feel left out of the conversation if they use WhatsApp instead.

Reasons why it's risky: On the surface, WhatsApp does not appear to belong on a list of potentially dangerous apps for children. However, the reality is that there are numerous red flags. For example, anyone who has your child's phone number can get in touch with him or her. predators may, in fact, enter random numbers, create dialogues, and see what sticks in the system.

This dating app, which is popular among both women and men, is meant to give women the upper hand by allowing them to be the first to establish contact with potential partners.

The reason why people like it: Women of dating age appreciate the app since it allows them to initiate contact and weed out the creeps.

Why it's dangerous: It has been reported that children have used the app, registering with fictitious names and ages.

What it does is as follows: No, it is not a typo. Calculator percent is one of the hidden applications that appears to be a game. Other users will not be able to see movies, files, or even their search and browser history if they utilize this tool.

The reason people like it: If you have files, photos, and videos that you don't want others to see, Calculator percent may be an excellent location to store them.

Reasons why it's dangerous: Children adore this app because it allows them to conceal items from their parents. However, this provides a false sense of security. The secret content is still present on their phone, and it is possible that it will get into the wrong hands in the future.

What it does: Whisper advertises itself as an app that allows you to uncover what people around you are truly thinking about. There are around 30 million users in the world at any given time.

Why people like it: The social networking software allows users to interact with individuals who may have interests in common with their own.

It is risky since Whisper allows users to see each other's locations in real time, making it simple for people to meet together. However, because of the presence of predators and cyberbullies on the app, this could be risky.

What it does: Snapchat, one of the most popular messaging applications available, gained fame by being the first to introduce the concept of disappearing messages.

Why it's popular: Disappearing messages make it simple to communicate stuff that would be considered contentious in some circles.

The reason it's dangerous: Is Snapchat a hazard for children? Yes, to a certain extent. Customers who use the disappearing messages feature are given a false feeling of security, leading them to believe that messages received through Snapchat are not safe. While users are notified if someone captures a screenshot, there are other ways to collect photographs from Snapchat without the sender's knowledge, such as taking a picture of the screen with another camera or using a third-party app.

In short, Kik is an instant messaging application that enables its users to communicate with one another from any mobile phone platform.

The following are the reasons why people enjoy it: The only information required to create a Kik account is your first and last name, as well as your email address – information that users may easily forge. There is no necessity to provide a phone number or to demonstrate that you possess a functional mobile phone.

What makes it dangerous: Is Kik a safe app? An examination of its history should assist you in reaching your own views. More than 1,100 incidences of child sexual abuse were reported on the instant messaging network in a five-year period, according to a report published by the BBC a few years ago in 2018.

What it does: Holla is a random video messaging program meant for people who wish to video chat with strangers and "meet fun people." It is free to download and use (their words, not ours).

The reason why people like it: It's a great alternative for extroverts who like to interact with others in person.

For this reason, it is quite dangerous: You never know who you might run across on the other end, including cyber bullies who are just waiting to torment you. In particular, this is harmful to children.

What it does: If you're trying to meet up with genuine people in your area, MeetMe is a website that can assist you in that endeavor.

The reason why people like it: MeetMe blurs the boundaries between online talks and in-person meetings by allowing users to meet online before meeting in person. This one is particularly appealing to those who want genuine human ties.

This is problematic because the person you meet online may turn out to be someone completely different in the real world. This has the potential to be quite hazardous for young children.

This app allows users to create and share short videos with a global audience through its TikTok feature.

Who uses it and why they like it: Users who are looking for validation use TikTok because it allows them to invite others to "like" their content, "comment on it," and even "replicate" it with their own twist.

It is harmful since virtually anybody may see their films, and as a result, children might be subjected to unwanted attacks and cyberbullying through messages and comments. As a result, TikTok is included on the list of social media apps that are potentially dangerous.

What it does: Likee is essentially a more advanced version of the popular TikTok app, allowing users to create short films with interesting effects, stream their content live, participate in challenges, and share their material with friends.

Users are drawn to it because it allows them to express themselves in bold, fresh ways that other social video communities have yet to match.

Are there any risks associated with the Likee app? No, not completely. Likee features a giving option that allows viewers to give positive feedback to content creators for their videos. While it appears to be a wonderful idea on the surface, the gifting concept is a predator's grooming fantasy come true.

Check to see if they're using any potentially dangerous apps for children.

We're aware of the situation. It can be difficult to navigate the ever-expanding world of social media. On the surface, it appears that children use a billion different applications, belong to a billion different communities, and make billions of friends along the way.

That's when the services of SPY24 come in. Following installation on their device, you will be able to view which applications they are using, what they are saying in those apps, what videos and photos they have shared with you, as well as a variety of other things. It's an incredibly effective tool that can assist you in determining whether or not they are using the applications that parents should be aware of in a method that is simple for any parent to utilize.