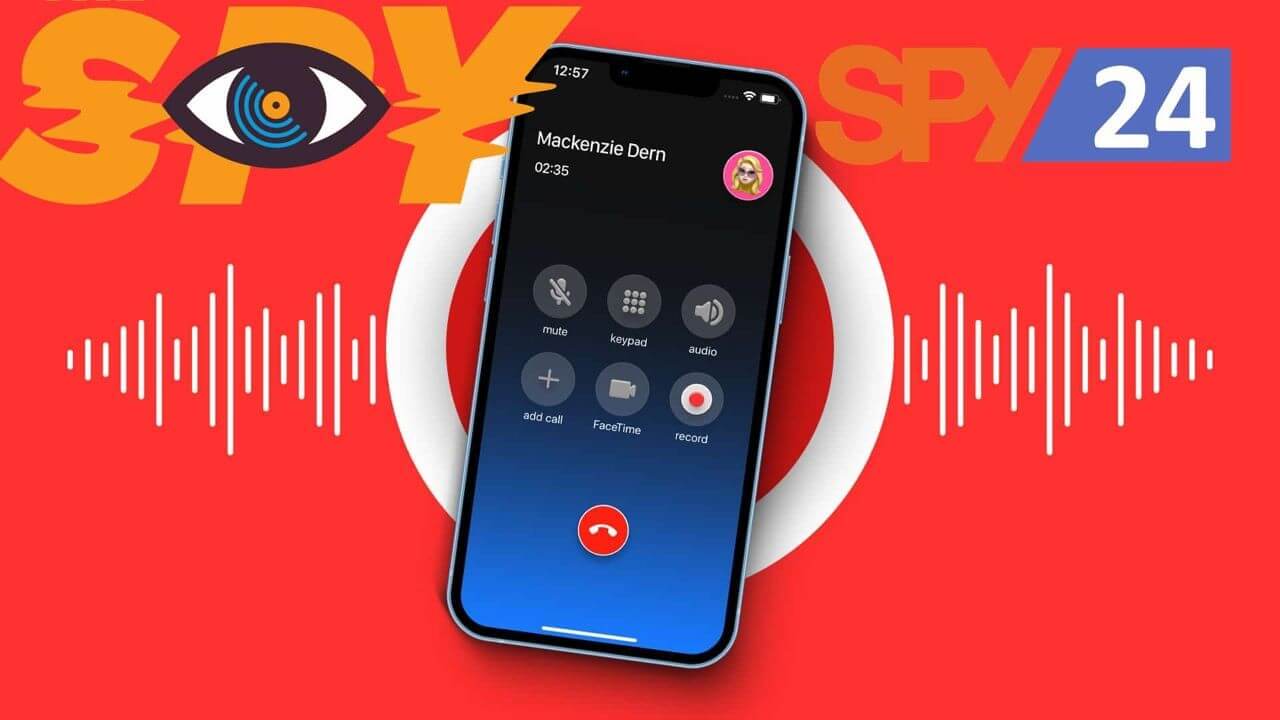 Voice recorder apps are a form of technology that you may have seen in movies being used by secret operators, and they are now available for download. On the internet, you may find a plethora of top concealed spy audio recorder applications for Android, all of which are free. Do you want to be able to listen in on the private discussions? When you call, you will be able to acquire documentation of what they were talking about over the phone. There are a variety of reasons why a user might want to record and listen to the android's surroundings. A cell phone can be transformed into a powerful voice recorder app, allowing you to listen in on someone's audio conversations without them knowing.

You cannot retrieve the data from another phone's voice recorder, despite the fact that Android phones already come with a speech recorder included. We've gathered a list of the best spy voice recorder applications for Android phones that you can use to record essential audio chats and conversations.

Can You Tell Me If There Is a Free Hidden Voice Recorder App?

Yes. The secret free voice recording apps that are circulating on the internet claim to be able to record audio from anywhere in the vicinity of the device. In the event that you used free spy voice recording software for Android, you would have been wasting both your time and money. A free speech recorder would wreak havoc on your phone while offering you absolutely nothing in exchange for it. If you want to listen in on the phone's surroundings, you can purchase commercial spy voice recorder software.

Which App Is the Most Effective for Recording Surrounding Voices?

In terms of surreptitiously recording voice messages on any cell phone device, SPY24 is the best app available. Using this strong, stealthy, and undetectable audio recorder, you may surreptitiously record your phone's surroundings and play them back afterward. Despite the fact that it is inexpensive, their services are convenient.

The Best Way to Secretly Record Audio on an Android Device?

Obtaining the best voice recorder option accessible should be your first and foremost priority. SPY24 is one of the most effective hidden Android audio recorder applications currently available. Because of the manipulation of the target microphone, it is capable of capturing the surroundings and voice of the phone in real-time and saving the information to the user control panel.

Do you want to be able to record voices in a mobile environment on an Android device? Here is a list of the best Android spying software that can also be used as audio recording apps that are well hidden. There is little variation in terms of result orientation, usability, and price among the applications that have progressed to the next level of development. We assigned them a ranking based on a few criteria.

SPY24 is one of the most effective and well-hidden spy voice recorder programs available on the market today. It is important to note that it is not merely voice recording software. It is an android spy app that makes use of the microphone on the target android device to capture the noises and conversations of those around the target device. There are several features for bugging the microphone and camera included in the application. Users can listen in on cell phone calls and discussions in complete secrecy and save the information to their SPY24 internet dashboard. It offers a number of features that allow you to listen in on and record conversations in your phone's immediate vicinity. The call recording feature on Android allows users to record phone conversations while they are taking place. SPY24 is a voice recording application that is focused on results, is easy to use, and is simple to install.

One of the most useful features of SPY24 is its ability to function as a hidden spy voice recorder.

Make a point of paying attention to your surroundings:

It is possible to successfully install SPY24 on your Android phone without rooting it and activate the listen to the surroundings feature without having to root your phone first. As soon as it starts working, it will take over control of the target device's microphone and connect it to the dashboard. Listening to real-time voice conversations, sounds, and voices are made possible by this application for users.

defect in the MIC

This bug capability allows you to hack into a phone's microphone and record voice chats, sounds, and any other vocal activity that occurs in the phone's surroundings in short back-to-back audio clips, which may then be saved to the dashboard. Audio snippets can be listened to and downloaded from the dashboard by users.

When it comes to spying on Android phones, SPY24 offers some unique features.

Phone calls are being recorded.

Image is taken from a computer screen

A camera on a cell phone for espionage

SPY24 is the most effective covert voice recorder application available on the market. It is compatible with any Android phone or tablet running an operating system ranging from 4.4.0 up to 11.0. It operates without requiring root access on the target phone and remains undetectable.

TheOneSpy is one of the few spy voice recorders on Android that can be used to record phone calls in the background while remaining hidden and undetected by the user. TheOneSpy's most powerful tool is the Greatest Hidden Voice Recording, which allows users to record and listen in on covert voice conversations on any cell phone device. Along with the ability to capture voices, it also offers dynamic capabilities that allow you to hear the talks in real-time. While it cannot bug your target Android device's microphone, it can record audio chats and save them to the dashboard if you allow it to. On Android, TheOneSpy can be installed in a matter of minutes, and its features, such as bugging the microphone for surround listening, are straightforward to use. It is an audio recorder software for Android that has a 360-degree recording and listening range, allowing you to record and listen to the environment around your phone.

TheOneSpy voice recording features that are not well recognized include the following:

Observing and listening to the environment in real-time:

Live surround listening is the best-hidden covert speech recorder for Android since it is the most realistic. It is one of the distinguishing aspects of TheOneSpy. To use it on your target cell phone device, you must first install TheOneSpy software on the device in question. Additionally, you may enable the feature through the online control panel , which will connect the android microphone to the control panel and allow you to listen in on the surroundings of the live phone. It will continue to listen in on live voice chats, sounds, and other voice actions until the session is terminated.

Streaming of live cameras is being done (with audio)

With the help of the live camera streaming feature, you can connect the front and rear cameras, as well as a microphone, of a target device to the dashboard of your computer. As well as music, users will be able to view and listen to live streaming videos of their immediate surroundings.

The MIC has been hacked.

TheOneSpy's most advanced spy sound recording software allows users to remotely bug the microphones of their Android phones. It enables you to record and listen to audio conversations that take place over the phone.

Additionally, TheOneSpy has the following functions in addition to audio recorder software:

Real-time capture of a computer screen

A password cracker is a program that cracks passwords.

The VoIP call recorder from IM is a useful tool.

Telephone conversations are being recorded.

The uneasy voice recording application is not rooted and hence goes unnoticed. It is compatible with Android operating system versions 4.4.0 and higher, up to and including 11.0. It has the capability of recording voice in the vicinity of the target phone in a discrete manner.

Flexispy is a voice recording program that can be downloaded for free.

Flexispy offers the best-hidden spy voice recorder features available, allowing you to surreptitiously record your cell phone's surroundings with ease. Users may effortlessly record voices and sounds and then play them back later on their devices. There is the option for users to start recording while on the go, and there is the option to set multiple time intervals for capturing voice on the target Android phone. The Flexispy voice recorder will record audio and upload it to the user's website after it is finished.

It is possible to record audio using the most advanced Flexispy features.

Recording of the environment Detailed schedule for ambient recording

It is impossible to record voice messages if you do not have physical access.

There are several other Flexispy capabilities that you should be aware of.

Telephone conversations are being recorded.

Finding out where someone is at any given time

Activity on the Geo-Fencing Application and browsing activity

On instant messaging, you can record phone calls.

Bookmarks are saved in the browser.

Interested in knowing what your youngster is discussing with his or her pals when he or she is not at home? Do you want to take your irritated employee into custody? Listed below are the features that we discussed previously that you can use on your target phone to record and listen to covert conversations between your children and coworkers.