Is it possible to spy on popular instant messaging apps on Android 12? 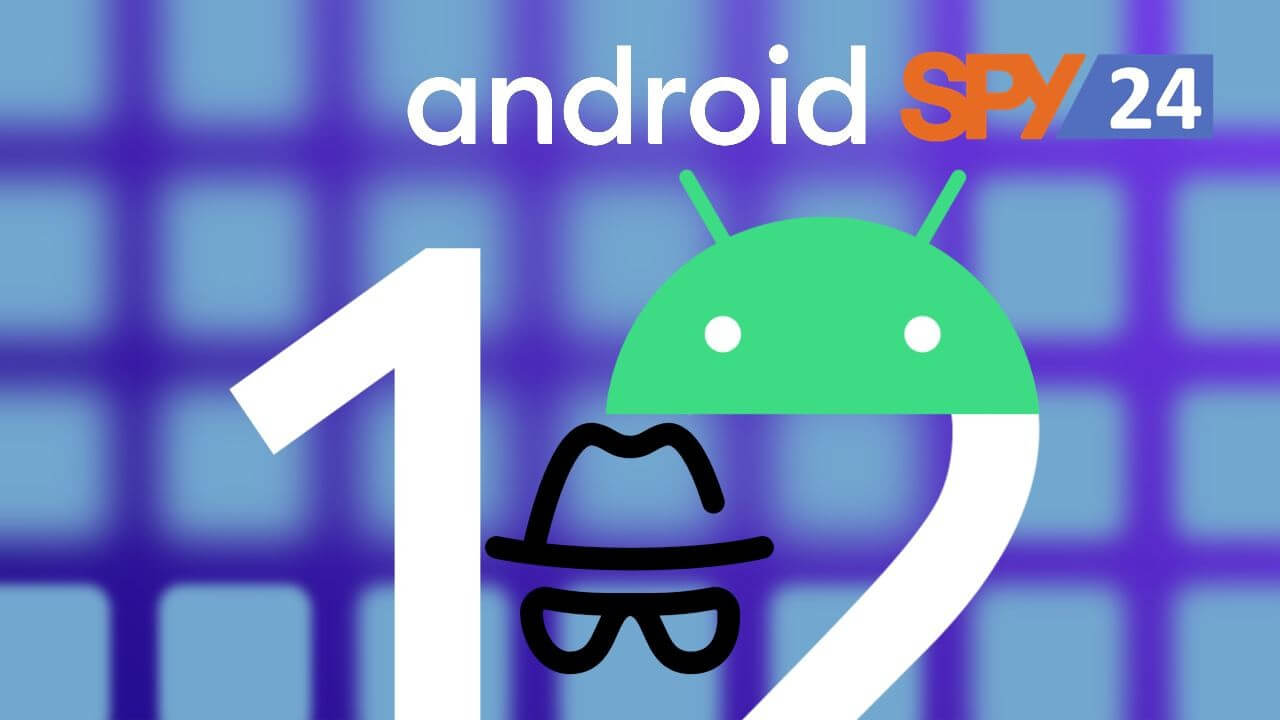 Is it possible to spy on popular instant messaging apps on Android 12?

SPY24 is constantly one step ahead of the competition, allowing you to spy on Android phones even before the next Android operating system version is published. Previously, we talked about how to spy on Android version 11. It is understandable if you are concerned about how to spy on popular instant messenger apps on Android 12. We are aware that some people, particularly parents, are concerned about the possibility of eavesdropping on social networking apps on their children's phones. Several new features and upgrades have been added to the latest Android operating system version, including the ability to prevent you from spying, tracking, and monitoring social messaging activities in order to protect your child online. It is possible that you will want to monitor and track your employees' use of company-owned phones and tablet devices. We have come up with a solution that will relieve you of all your concerns while spying on Android 12.

Do you need to keep tabs on your children's and employees' Android 12 OS version phones that are active on social media sites such as WhatsApp, Facebook, Snapchat, and other sites? Now, SPY24 is compatible with the most recent operating system! We are one of the few spy apps available on the web market that is compatible with the most recent Android operating system version. Put an end to your concerns about being discovered, spy app visibility on your phone when spying on messaging applications, and other issues.

With SPY24, you may spy on social networking applications running on Android 12.

Have you noticed that your children are using social messaging applications and interacting with strangers through chats, phone calls, and voice messages? There is no longer any reason to be concerned when spying on phones that are connected to instant messengers. You can keep your teens safe from inappropriate behaviors, potentially dangerous talks, online dating, sexting, and excessive screen time on instant messaging applications by following these steps. Furthermore, with the help of SPY24 android spy software, you can keep track of the business devices that your employees are using and that are running Android OS version 12.

No root is required to monitor WhatsApp on Android 12 devices.

SPY24 is one of the few Android spy apps that allows you to spy on WhatsApp without having to root your device. You can keep track of WhatsApp conversations, messages, voice messages, images, and videos that have been exchanged. In addition, users can record WhatsApp audio calls on non-rooted Android devices running the latest operating system version. Deleted text messages sent and received on an Android phone can also be recovered with the help of SPY24. WhatsApp spy app for Android 12 is one of the most effective solutions for completely monitoring the instant messaging application.

Do you have any idea? Unless you root your target phone, you will be unable to spy on Facebook Messenger on Android 12. SPY24, on the other hand, is the only messenger spy that allows you to monitor and track Facebook without the need for root access. For the first time, it has added an exclusive function known as live screen recording, which allows users to record the Facebook Messenger screen while it is active on Android 12. It is possible for users to capture live videos back-to-back and upload them to the dashboard. To watch live activities on Messenger on Android 12, you must first access the web portal and then download previously recorded footage.

On Android OS Version 12, you can spy on Snapchat.

Snapchat spy is one of the most effective and powerful products available from SPY24. It enables users to keep track of photographs and videos shared through social media platforms. You may monitor Snapchat self-destructive messages, voice call logs, voice messages, chats, and many other types of communications. The ability to spy on Snapchat on Android 12 does not require rooting in order to keep track of any behavior on the social networking app.

Instagram tracking is achievable with the help of SPY24. In order to protect and prevent teenagers from sharing their personal information with strangers through chats, photos, videos, text messages, and other mediums, you can monitor and track photo-sharing applications. Instagram spy provides you with the chat logs, messages, and multimedia records on a timetable that you specify.

Other Instant Messaging Apps to Spy on Android 12 Operating System

On Android 12, you may spy on a plethora of other applications in addition to popular social messaging apps such as WhatsApp, Facebook, Snapchat, and Instagram. SPY24 can track users on instant messaging apps such as IMO, WeChat, Skype, Line, Vine, Viber, and many more without the need to root their Android phones.

It is possible to spy on Android 12 without rooting it!

Yes! Its capabilities are compatible with both rooted and non-rooted Android devices, and it now supports Android version 12 without the need to root the device. We have exclusive features that you can use without rooting your device. These include live camera streaming, live surround listening, VoIP call recording, Messenger keystroke logging, GPS location tracking, and Geo-fencing. You can also block text messages while driving while using our IM spy, block calls, and use the internet. SPY24 takes control of the target device's microphone and cameras without providing the target individual any indication of what is going on.

Is it possible to spy on instant messengers on Android without being detected by the system?

It is possible to spy on famous social networking sites on Android 12 without being detected because SPY24 has given its customers the ability to disguise the app icon on even the most recent Android versions 10, 11, and 12. While spying on Android smartphones, SPY24 remains undetectable and sends the information it gathers to its internet dashboard in real-time. Do you know what I'm talking about? On the current Android operating system, spy apps for Android are unable to hide program icons; nevertheless, our spy software can perform the same function for you and never exposes your presence when you are using another android phone to monitor activity.

Spying on an Android phone running the 12 operating systems without being detected:

You can track social networking apps on Android 12 without having to hack the device.

Keep an eye on your phone's browser history and bookmarks.

Control the Android 12 front and back cameras to get a better picture of your surroundings.

Without the use of GPS, you can track the location of an Android 12 phone.

Using Google Maps, create a geo-fence around your location.

Capture and record live keystrokes made on an Android device.

On a phone, you can record and listen to one-sided VoIP conversations.

Text messages, phone conversations, and the internet can all be blocked remotely.

Unlock and lock your phone from anywhere in the world, as well as decipher the pattern and digit passwords

What Makes SPY24 the Best Spying App for the Most Up-to-Date Android Phones?

The use of false and scam spy applications for Android is not required, so do not spend your time. In order to do the task, you can go directly to our website. Furthermore, you will not waste your time with free Android spy programs that cheat you out of nothing more than the data stored on your mobile phone. SPY24 has launched powerful new features that function quietly and allow you to spy on any activity that takes place on your Android 12.

The following are the top ten reasons why SPY24 is the best phone spying, monitoring, and tracking app available.

Hide the app icon on all supported operating systems, ranging from Android 4.4.2 to Android 12.

Uses stealth technology to track and monitor the target phone and tablet devices.

The most effective method for remotely spying on any cell phone device.

The best for digital parenting and catching disgruntled staff, respectively.

Exclusive features are functional even if the target cell phone does not have root access.

Android users may track their location without the use of a GPS device by sending an SMS command.

It is also a life-saving app because it prevents calls and messages from being received while driving.

The live monitoring features are amazing and far superior to those offered by competitors.

The new Android operating system version 12 has added new capabilities such as immediate snooze alerts, scrolling screenshots, sharing online details, quickly shutting the camera and microphone to avoid espionage and tracking behavior, among other things. You don't have to be concerned! SPY24 Android Spy can handle all operating system updates and can spy on instant messaging apps on Android 12 without rooting the device or being detected by the user. Android Surveillance is the only dependable spy tool for Android that can monitor and track OS versions 10, 11, and 12 thoroughly and reliably, with a 100 percent guarantee of success.