Cyberbullying and Parents (Teens and Suicide)

Cyberbullying and Parents (Teens and Suicide) 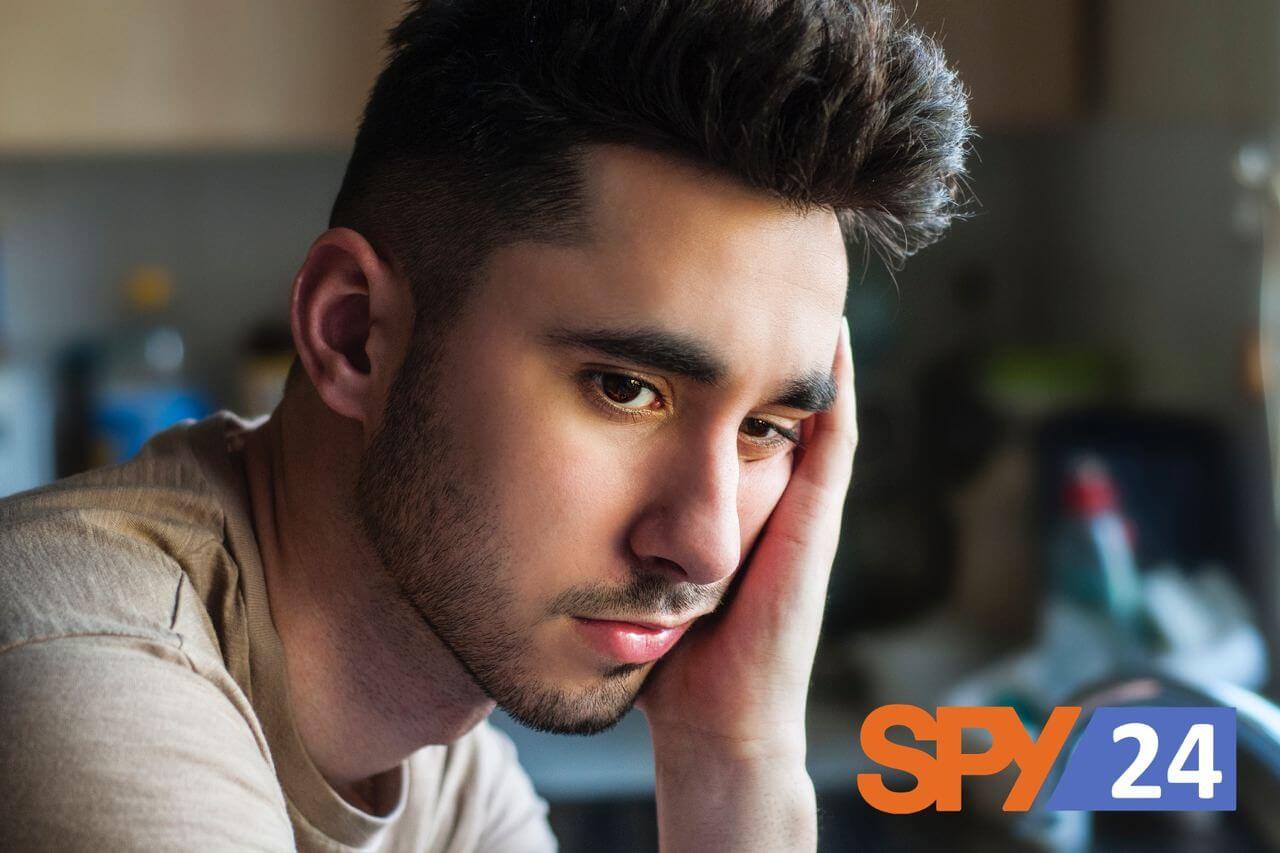 Despite the fact that it is a difficult issue to address, the numbers are unambiguous. Suicide is the second leading cause of mortality among adolescents and young people between the ages of ten and twenty-four. Every day in the United States, more than 5,000 students in grades 7-12 attempt suicide.

Even in the best of circumstances, surviving one's adolescent years can be challenging. Social pressures, physical and mental transformation into adulthood - it's a demanding stage of life that is typically characterized by internal conflict and turmoil.

Furthermore, while many children will never have suicidal thoughts or act on those impulses, it is extremely common for children to fantasize about committing suicide at some time during their developmental process.

Some children, on the other hand, develop these notions into something more serious. Because of this, it is vital to be aware of both the risk factors that raise one's risk of suicide and the warning symptoms that indicate a problem is developing.

Factors that put you at risk

While there are a variety of factors that contribute to juvenile suicide, children who attempt or die by suicide are more likely to be suffering from a psychiatric illness such as depression or a substance abuse problem. It becomes even more difficult to cope with the normal daily stresses of adolescence when one or both of these factors are present, and suicide can seem like the only way out of what looks to be an overwhelming position - even if the difficulties are only temporary.

A family history of suicide, depression, or other mood disorders, as well as a history of violence or abuse, are all risk factors for committing suicide. Being a witness to a family breakup, such as a divorce, witnessing another person commit suicide, experiencing social isolation, and being pregnant are all potential risk factors. It is quite easy to create a potentially lethal situation when any of these elements are combined with drug or alcohol abuse. Studies conducted recently have found a possible link between antidepressant usage and suicide among adolescents; nevertheless, further investigation into this issue is required.

Social pressures, dealing with issues such as body image or homosexuality, the presence of bullies both online and offline, academic stress, and relationships can all play a role in a teen's life becoming overwhelming and traumatic to the point of being life-threatening.

Despite the fact that children are typically extremely cautious about concealing their genuine sentiments, or may be unable to convey them, studies have found that four out of every five teenagers who attempt suicide do so despite obvious warning indications in their behavior. If you can spot these warning signs, you may be able to save a life.

"I just want to die," or "I won't be a problem for you for very long," are examples of statements that indicate a child is contemplating suicide. Threats and allusions to suicide should be taken seriously and investigated thoroughly.

Additionally, signs include writing or talking about death, experiencing severe mood swings, withdrawing from social situations, changing eating or sleeping patterns, exhibiting angry or erratic conduct, and giving away assets, among others.

What Role Can Parents Play in Their Children's Education?

It is possible to take preventative actions if your child is exposed to any of the risk factors or has any of the warning signs listed above.

To begin, you should not be intimidated by the prospect of communicating with your child. Indeed, scientists believe that talking about suicide with a child lessens the likelihood that he or she may attempt it in the future. If you are worried about your child's mental health, remember that merely mentioning the word "suicide" will not put the concept in their minds. Most importantly, students must understand that you will listen to them and that sharing their concerns is acceptable. Communicate your own feelings of loss, rejection, or disappointment with them; this can help them to understand that they are not alone in feeling these feelings.

Pay close attention if your child appears to be depressed or stressed out. Communication is important at home, but it is also beneficial for a child to speak with an occupational therapist. Assure your teen that they have a network of people to lean on.

Encourage physical activity as well as social interaction. Gently aid in reversing any tendencies toward solitude that may be occurring.

Monitoring software is used by many parents to keep tabs on their children's smartphones or tablet computers. The use of this strategy can be a highly effective way to discover problems in a child's daily life before they become significant.

Maintain a secure storage area for firearms, alcohol, and narcotics to keep them out of reach of youngsters. Making self-harming tools more difficult to obtain is an important prevention measure.

Suicide can be avoided if we work together. Continue to be on the lookout for warning signs and take action if you suspect that there is a problem. Seek help and convey to your child that you are concerned and want to help.

When it comes to cyberbullying, there are a few things that parents should be aware of.

The prevalence of cyberbullying is on the rise.

When it comes to internet bullying, we've all heard the stories. But what can parents do to prevent or stop it from happening to their own children?

I believe it is a legitimate issue, and from what I've seen in the recent past, it appears to be on the rise. Although it was previously believed that around one in every five children was a victim of cyberbullying, the most current data I've heard indicates that over 40 percent of young people have been tortured online and that nearly one in every four children has been bullied multiple times.

The Greatest Number of Victims Refuse to Speak Out

Unfortunately, only around one out of every ten victims will tell their parents or other responsible people about the situation they are experiencing. Even though some children are capable of ignoring or combating bullying when it occurs, others are more susceptible. It affects females more commonly than males, and the results can be life-altering in some cases.

Bullied teenagers are more likely to commit suicide than their peers. One in every five cyberbullying victims thinks about suicide, and one in every ten makes the attempt.

Bullies have been for as long as there have been children, and some children are more able to deal with them than others. In contrast to a lonely or introverted child, a youngster who has a healthy dosage of self-confidence and a network of supportive friends may be better suited to deal with the situation.

Bullies appear to commonly target the most disadvantaged youngsters since they are, presumably, easier targets for them.

On account of the breadth and rapidity with which information can be transmitted through the internet, online bullying can be extremely traumatic for those who are targeted. The spread of false information, humiliating truths, and damning photographs or videos are all made possible by the rapid sharing of information through internet networks of friends, peers, classmates, and other individuals.

Children, particularly those who lack confidence, might suffer greatly as a result of their actions. It is important for parents to actively encourage their children's growth of self-confidence as well as their ability to deal with bullies.

Although it is important to have a window into your child's daily life, it is not always possible.

Encourage your children to share details of their daily life with you, and demonstrate to them that you are willing to listen to what they have to say. Observe them and ask them about their experiences with bullying, as well as whether or not the thought of bullying has ever occurred to them.

Monitoring a child's online activities is only truly successful if an app is installed on the device that they use to access the internet, which is typically a smartphone, and the app is updated on a regular basis.

Monitoring software reveals the content of a child's social media interactions, chat history, and shared images, videos, and texts - if bullying occurs, you can be sure to find evidence of it on social media and chat platforms like Facebook and Twitter.

While some parents choose to inform their children that they are employing monitoring software, others want to keep the information a secret from their children.

If there is reason to believe that a youngster is hiding something, covert monitoring may be the most effective course of action to pursue. If, on the other hand, a child is generally trustworthy and communicates effectively with his or her parents, it may not be necessary to disguise the installation of the surveillance software.

When it comes to internet communications, many children understand the importance of having a parent supervise them on a regular basis. It's the modern-day equivalent of a parent peeking their head in the door during a child's friend's overnight to keep an eye on the situation.

That is precisely the point - parents have the right and the responsibility to occasionally "stick their heads in the door" of their children's digital environments in order to monitor and guide them. If you don't do so, it's the equivalent of leaving a young child unsupervised in a potentially hazardous situation.

While it is important to provide children some privacy and freedom, it is equally important to monitor their social environments and protect them from hazards that they may not be capable of identifying or addressing on their own.

For most responsible parents these days, the question isn't whether to install a surveillance software, but rather how to use one that has already been installed. Is it better to do it with or without the child's knowledge? What is the frequency of use and the quantity of time spent? However, allowing a child's internet activities fully unmonitored might cause difficulties and, in some cases, could be considered practically neglectful by the parents involved.