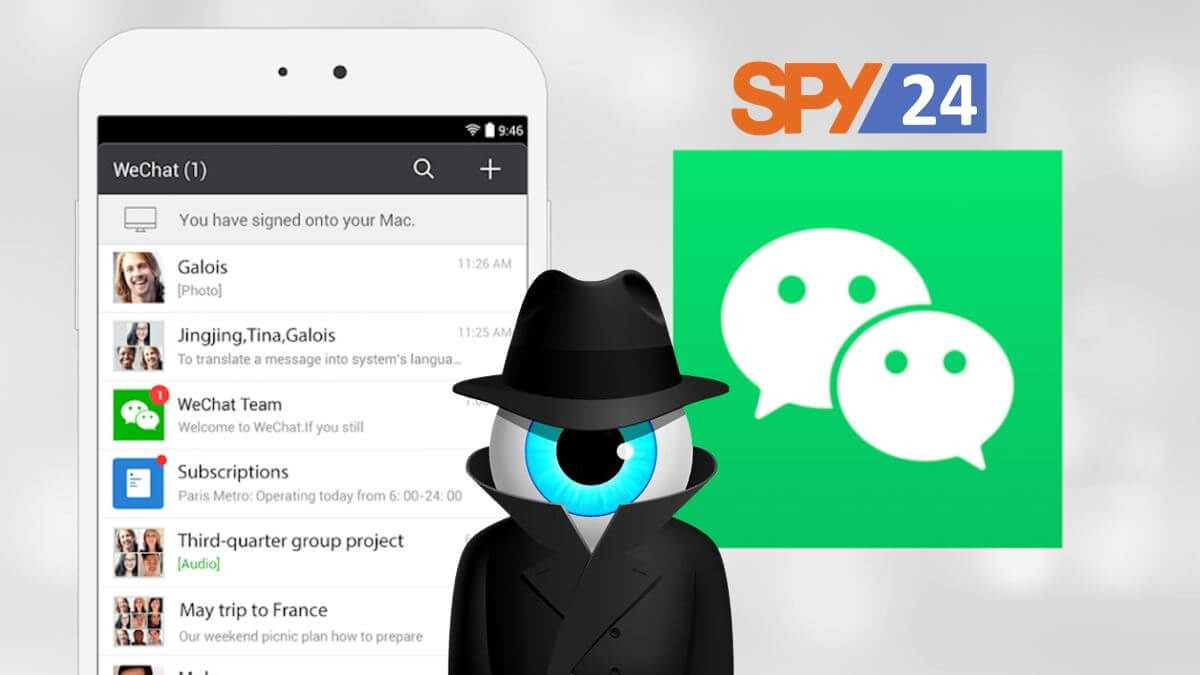 WeChat is one of China's messaging programs, with a large number of users in the country who have created an account and use the messaging app as their primary way of communication with others. Almost all other messaging apps are blocked in China as a result of the government's designation of Wechat as the country's principal messenger program, leaving Wechat as the only alternative. At the moment, it has more than 300 million active users around the world, the vast majority of them are Chinese. The ability of this messenger to identify nearby users without knowing their phone number or ID and start conversing with them has been a source of concern for some users. Some families are apprehensive about whether or not they should use this program for family members as a result of this. The methods and software for hacking Wechat will be discussed in the following sections, which will allow you to monitor and control any messages sent and received by your intended victim.

Wechat may be monitored and controlled with the help of SPY24.

The most straightforward approach of hacking Wechat and keeping track of all of the application's activity is to make use of control and monitoring software. Among the many such programs is SPY24, which allows parents to monitor and supervise their children's internet and social media activities. SPY24 is a free application available for download from the Google Play Store. The ability to regulate and monitor messages and activity on programs such as Telegram, Instagram, and other social media platforms has shown the program's value in this situation. Furthermore, many users of this program are really satisfied with it and consider it to be the best monitoring tool now accessible.

One of the advantages of using this tool is that it allows you to have complete control over your Wechat (hack Wechat) account, as well as other messaging apps like Instagram, Telegram, Line, Viber, and Snapchat (to name a few examples). The SPY24 application is well-known for its many capabilities, which include free 24-hour assistance, web access, tracking and positioning, monitoring installed apps, regulating calls and SMS, and others.

By utilizing the SPY24 program, you may quickly and simply obtain control over WeChat and other apps.

Is it possible to listen in on Wechat conversations?

As a matter of fact, there is no program that is completely impervious to hacking, and any application can be compromised by employing specific methods and procedures. This is especially true for applications that have been installed locally on a platform. Despite the fact that professionals claim that hacking an application is difficult, many consumers continue to ask how they may quickly hack an application on their phones. Indeed, it is impossible to hack into large application servers, let alone break into software on a local computer system. In the case of Telegram servers, anyone who successfully hacks them will be entitled to collect a $ 300,000 award! However, this is just not feasible and would take months or perhaps years of labor as well as substantial knowledge in hacking and security to accomplish. It is actually possible to hack the target device, which is often a mobile phone, through the use of several hacking and infiltration applications.

Take note that hacking messengers or social networking applications is usually fully dependent on the availability of access to the target smartphone, which should be considered. This implies that in order to install and monitor the hack tool, you must have the target phone in front of you. In order to avoid being fooled, you should be cautious of persons who claim to be able to hack Wechat only through the use of an individual's phone number.

Hacking Wechat is similar to hacking any other messaging software in that it is dependent on the target's smartphone being available or on convincing him to download and install the hack tool. Given the lack of an end-to-end encryption system for sending and receiving messages, if someone wanted to hack Wechat servers, he or she will need to put up considerable effort and experience in order to succeed. However, this does not rule out the possibility of Wechat hacking occurring on its own. While WeChat does not use end-to-end encryption, it does use client-server and server-client encryption on the client and server sides. That is, this program employs encryption mechanisms to keep itself safe from the prying eyes of third-party individuals. Conducting a MITM attack or auditioning other people's conversations is therefore not a simple task.

WeChat Hack – Wechat does not use end-to-end encryption, which makes it vulnerable.

What is the point of exerting control over Wechat?

For the same reason that so many other messaging applications are viable modes of communication, Wechat is a valid form of communication that may be used for both good and bad. Typically, parents are concerned about their children's use of such programs and are looking for ways to limit their children's access to them on a regular basis. Managing children's Wechat accounts may be more important than monitoring and managing their activity on other messaging apps, such as WhatsApp or Imo, because Wechat has the potential to distinguish itself from other messengers like WhatsApp.

When you shake your phone, you can access the "nearby persons" feature, which is one of the most exciting aspects of the Wechat app. The users of the WeChat application are visible when a user shakes his phone while the software is running, allowing him to communicate with them more rapidly. A large number of families are concerned about this ability, as well as, in some cases, about the safety of their children.

During their adolescent years, their inquisitive minds are always on the lookout for new experiences and activities. Because of this component of Wechat, unexpected relationships between adolescents inside the family may occur, which is not in the best interests of the family and may result in conflicts within the family context. Because of this, as parents and educators of our children, we must be always vigilant for hazards that the internet, and particularly Wechat, may pose to the family, and we must plan ahead in order to avoid an undesirable situation from occurring.

The proximity function on Wechat is one of the most beneficial things the app has to offer.

As previously noted, the Wechat messenger is insecure and does not use End to End encryption to transport and receive data when sending and receiving messages. It is as a result reasonable to expect highly competent hackers and security specialists to compromise Wechat. A large number of software programs, such as those mentioned at the beginning of this tale, have developed the ability to hack into Wechat. Also possible is the use of social engineering tactics to persuade people to install Wechat malware or click on infected links, resulting in the hacking of Wechat accounts.

If you are familiar with Linux, particularly Kali Linux, you should be able to simply create a Wechat hack by utilizing a basic vulnerability. However, in order for any of these approaches to work, the program must first be installed or the infected link must be followed. Because of WeChat's lack of cryptographic protection, hackers can also take advantage of security weaknesses such as MITM attacks to obtain access to all incoming and outgoing conversations between two people using the messaging app on their phones.