How Can I Surveillance My Children's Snapchat Accounts Without Them Knowing?

Home - How Can I Surveillance My Children's Snapchat Accounts Without Them Knowing?

How Can I Surveillance My Children's Snapchat Accounts Without Them Knowing? 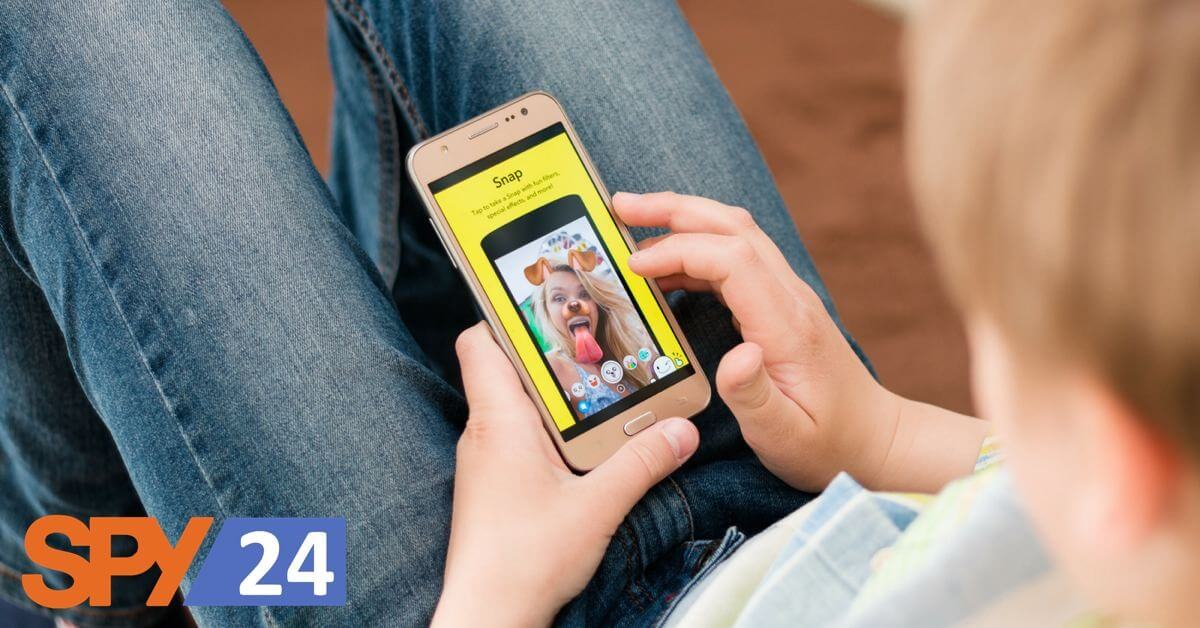 How Can I Surveillance My Children's Snapchat Accounts Without Them Know? In today's world, it's a million-dollar question for parents. The protection, safety, and security of their children is the most important concern of their parents. Nowadays, all parents are concerned with protecting their children from a wide range of external hazards posed by the use of digital networking infrastructure.

In terms of platforms that are most likely to endanger the safety and security of children, social networking applications, and more specifically Snapchat, are one of the most alarming options to consider.

Parents are becoming increasingly concerned about Snapchat, one of the most popular social media platforms among children. As the number of cases of virtual child abuse reported through Snapchat grows, the app is becoming a major source of parental anxiety.

The most effective solution for parents dealing with this problem is to use a Snapchat spy tool that can actively record every bit of conversation taking place on the target Snapchat account.

Let's start by presenting some pertinent facts, followed by a discussion of challenges and possible remedies.

As of the first quarter of 2020, there are 229 million active Snapchat users globally, representing a significant increase of more than 20% from the same quarter the previous year.

It has been estimated that more than four billion snaps are made on the platform in a 24-hour period, demonstrating the high-end utilization of the network around the world, according to the article.

Snap users spend an average of more than 30 minutes each day on the app, according to its active users.

According to reports, 69 percent of teenagers in the United States use Snapchat on a daily basis.

As a result, the statistics provided have spoken volumes about the fondness that children and teenagers have for the network, implying that parents' fears are entirely legitimate.

Snapchat's Dangerous Characteristics and How to Counteract Them

Snapchat lets you take images and film brief movies with hundreds of different filters, which appeal to children on an abstract level. Aside from that, users can communicate with one another, trade multimedia files, and make VoIP and video conversations at any time using the connections available on their network.

What Should Parents Be Aware Of When It Comes To Snapchat? A robust technique should be implemented by the parents that can comprehensively clone all of their children's actions on the site while also maintaining the children's interest in all elements of Snapchat.

Several aspects of the situation endanger the children's safety and moral standing. Let's talk about the issues and the solutions to those issues.

Snapcash Is Making It Easier For People To Exchange Inappropriate Content The problem: Snapcash is a financial channel via which any Snapchat user can transfer money to other Snapchat users. The feature is opening the way for children to be paid to engage in inappropriate and immoral acts.

In accordance with a report, many children and teenagers are participating in the distribution of sexually explicit content, such as images and videos, over the internet in exchange for monetary compensation.

It is the viewers of the content who send the agreed-upon amount to the children's Snapcash, which may then be withdrawn at any time without difficulty. This is all done without the parent being aware of what is going on.

Snapcash Provides a Solution to Issues That Have Been Rigged Out

When it comes to dealing with the problem stated above, the ideal solution recommended by the experts is the use of the Snapchat spy app for cell phones. A phone tracker app allows a parent to record all of their children's Snapchat take-ups without the children being aware of it.

The children are not even aware of the existence of the entire activity. The spy app copies the Snapchat account of the target user to the parent's phone.

The parent has access to the Snapcash page, allowing them to see all of the money transactions that have taken place if any. Upon discovering any questionable conduct, the parent can take the appropriate steps to protect their children.

Snapchat allows its users to participate in games through the platform. Teens and children are particularly fond of these games because the app allows them to communicate with one another while playing games. These conversations take the shape of text messages, voice notes, and emoticons, among other things.

The issue occurs when the children begin playing the game, which contains below-the-belt content in the form of animated gifs. Characters in a few games display substandard and immoral pictures that are not intended to be viewed by children, according to industry standards.

As they are playing these games, the children make comments on the characters, and the conversation begins to go off into other directions that can be detrimental to their moral standing.

The Solution to the Problems Caused by Snapchat Games.

The solution is to track children's cell phones without them being aware of it. Parents may protect their children from the dangers posed by Snapchat Games by installing a Snapchat spy app on their phones. The mobile phone spy app allows the parent to observe all of the games that their children are participating in, allowing them to keep a close eye on the exchange of ideas.

Everything is done remotely from the phone of the end-user. The surveillance app keeps track of all of the children's activities without their knowledge because if the children become aware of any such behavior, the parent could find themselves in serious trouble.

The promotional content is presented in this section. For marketing purposes, content provided by celebrities and other media figures, which may include improper and adult photographs and videos, is used.

Children are more likely to investigate such stuff because there are no restrictions on what they can discover other than their age, and it can also be controlled using a variety of tactics.

The Solution to the Issues Caused by Snapchat has been discovered.

The Snapchat spy app comes to the rescue for any parents who are concerned about their children's Snapchat usage. Through the internet dashboard, the parent can virtually keep track of all of the children's activities.

In addition, the spy app's screen recording feature might be utilized by the parent to solve the issue at hand. Many effective Snapchat monitoring tools capture live screen activities in the form of short videos that may be shared with others. These clips are given to the end-user via the spy app's web interface, which is accessible via a web browser.

SPY24 is the best spy app since it addresses all of your concerns.

Even though there are other Snapchat tracking programs available, the experts choose SPY24 as the most effective. The program has the capability of recording in great detail everything that occurs on the target phone of the children without their knowledge or consent.

By utilizing SPY24's cutting-edge capabilities, you can address the challenges posed by Snapcash, Snapchat Games, and Snapchat Discover, among other Snapchat-related issues.

A parent must purchase a license for the app and then install the app on the target phone by following the instructions provided by the developer. The parent just needs to physically access the device once in order to complete all of these tasks.

It is discussed which Android surveillance app is the most effective for tracking the whereabouts of children using Snapchat without them knowing. The best solution proposed throughout the meeting is SPY24, which takes into account all of the worries of the parents.