How Modern Generation's Technology Boost is a Problem for Parents 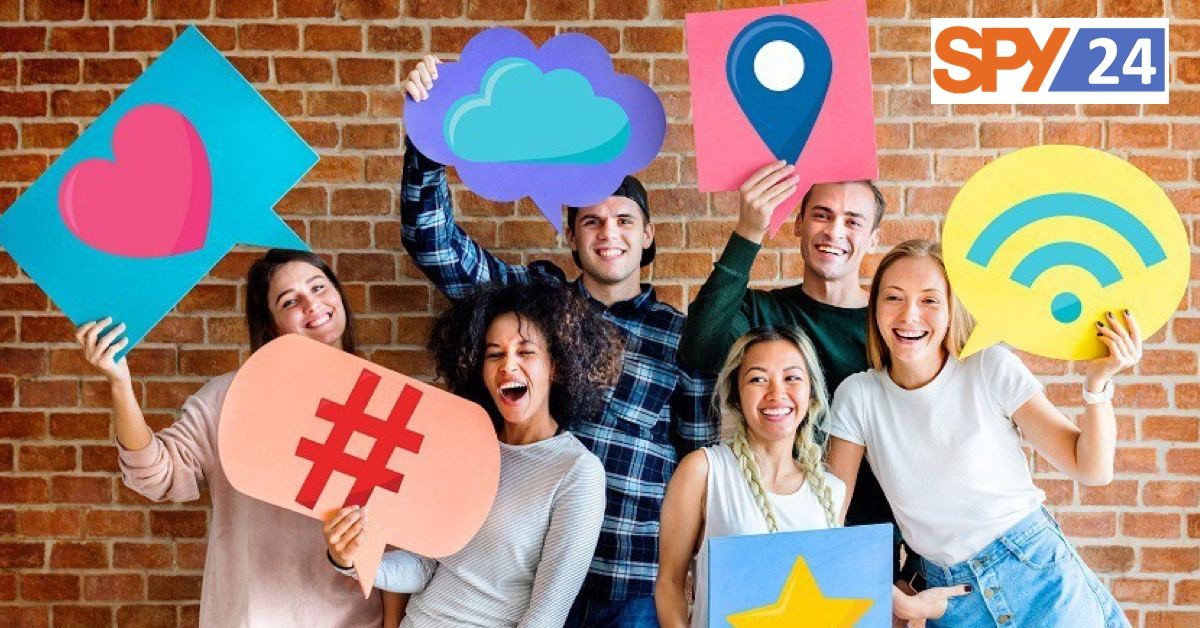 Content List
How the Modern Generation's Technology Boost is the Biggest Challenge for Parents: The days of children's favorite places being parks and gardens are long gone. Things were quite easy before the internet and smartphones had infiltrated our lives, especially when it came to parenting. Parents could not only be present with their children but also keep track of where they were and what they were doing. Nothing was hidden until the arrival of cell phones. Playgrounds transitioned to digital platforms as a result of technological advancements. Today's kids are engrossed in online gaming, social media, and the internet.

Modern kids are often busy making friends and communicating with strangers thanks to a variety of instant messaging apps. This has made things quite difficult for parents. They have no idea what their child is up to any longer. The results can be life-threatening in some cases.

The advancement of technology

Technology has made a positive impact on our lives, but its implications are far-reaching. As the saying goes, technology is only as safe as you make it. Curiosity has gotten the best of today's youth. They are exposed to a wide range of freely available material and information, some of which is inappropriate for their level of comprehension. Making friends has become easier as a result of the popularity of social media. Even if we don't know someone personally, we can hope to establish friends with someone from another country. Not all friendships and spontaneous talks are good. As the world has become smaller, so has the number of online crimes.

Every day, modern parents are concerned about their children. The Internet is a vast repository of information that also fosters an interest in drugs, alcohol, pornography, and other comparable topics. Accidents occur when children find it in their hearts to become distracted while driving. According to one study, as many as 84 percent of those aged 16 to 24 years get into an accident while on the road. It's a generation in which the ordinary modern child is attached to his or her smartphone at all times. That's not a promising sign. The average age of personal smartphone ownership has dropped to 10.3 years! In 2017, over 64% of children have access to the internet, compared to only 39% in 2012. Furthermore, 11% of children have a social media account before they reach the age of ten.

Technology, on the other hand, can only be handled better by technology. Many parents all around the world are using SPY24 smartphone surveillance applications to keep track of their children's location and guarantee that they are safe.

The following are some of the main reasons why you should keep track of your child's activities.

After all, the internet isn't exactly a rewarding environment, especially if you haven't yet matured into a responsible adult. In the United Kingdom, games like Blue Whale Suicide Challenge have become popular, and many young people have been inspired to commit suicide or suffer catastrophic life-altering injuries to themselves. According to statistics, the game is suspected of being responsible for up to 130 teen deaths in Russia, with many more incidents reported in the United Kingdom. The majority of the children who have died as a result of this had already been influenced by peer pressure.

Suicides have occurred for a variety of causes, not simply these strange games. Even social media break-ups have motivated teenagers to take their own lives. Other factors include online bullying and numerous cyber risks. These are the most common reasons for monitoring or spying on a child's smartphone usage.

While there is plenty of literature on the internet that discourages drug use, there are also sites that make it seem 'cool.' Such forums draw children quickly, and for many, this is the beginning of a terrible addiction. Drugs have long been a source of concern for parents, but today's accessibility has made the repercussions far more severe. Parents, on the other hand, can use parental control applications to keep an eye on their children's behavior.

Bullying on the internet

It used to be all about fist battles and face-to-face tussles in the previous decade. However, the emergence of the internet has resulted in a new type of bullying that is even worse. Nearly 43% of children have been bullied online, and those who have been tormented are 9 times more likely to consider suicide.

Several parents have been using parental control apps like SPY24 to remotely monitor their children's activity using an extremely basic dashboard. Parents can keep track of where their children are and what they are doing with features such as location tracking, live screenshots, automated camera, live audio streaming, and more.

Parents may simply follow their children's whereabouts using SPY24 parental monitoring software, both with and without the use of GPS. If your child is out and does not respond to your messages or phone calls, you can easily follow his or her location from the SPY24 dashboard. This software also allows you to track your children's whole location journey (starting and ending points) as well as time, so you can get a better picture of what they are doing in different areas.

As previously stated, 11% of children have a social media account before they reach the age of ten. It indicates that the majority of teenagers are already using Instant Messaging apps like WhatsApp, as well as social network chat programs like Facebook Messenger and others. Parents are gradually learning about these platforms and gaining an understanding of them. Many children may be exposed to pornographic information, drugs, and alcohol through forwarded messages on these types of apps, therefore parents should keep an eye on their children's chat chats. SPY24 allows parents to remotely track and monitor social media messages, as well as text, media, and image files.

Parents can also monitor their children's text messages, contact books, and internet usage, among other things, in order to prevent them from getting into trouble.

7 Things to Keep in Mind If You Want to Remotely Monitor or Spy on Your Child's Cell Phone Knowing what we know today, the Internet is the number one cause of spoilt brats. Kids may have little understanding of cybercrime, yet they could be one click away from committing one. Kids access, exchange, and download much too much information from the internet, which is kept hidden and out of reach. Most parents may become anxious as a result of this. Situations may have become tumultuous recently, but why wait?

Let us go over those 7 distinct techniques to spy and snoop on kids' phones now that we have completed the installation process.

Managing Calls is number one.

SPY24 has a separate dashboard where you can see all of the incoming and outgoing calls from a single phone. It not only gives you the random numbers that were phoned, but it also gives you all of the precise information about a number. It displays the caller's name, the location from which the call was made, the time the call was made or received, and the length of the call.

The information will be delivered to the SPY24 application's registered email address.

Messages are used to carry out the majority of transactional scams. Your child may disclose all of your financial information to an unauthorized third party. SPY24 allows you to monitor all incoming and outgoing phone texts. Messages sent or received from the phone can be viewed. The messages are logged into the SPY24 account, which generates the sender, receiver, time, and the message itself. It also establishes the sender's information. Parents may monitor text messages remotely from their dashboard.

SPY24 geo-fences your location using GPS technology. It makes it simple to trace the whereabouts of your infamous children. SPY24 is loaded with advanced technology such as real-time mapping, which tells you the phone user's every step. It depicts the whole path of all the locations visited throughout the day. It establishes location history, geofence, and geofence alerts. Parents may follow their children's whereabouts in a variety of methods, including GPS location tracking, location path history, and even setting geofence alerts to protect their children.

The Internet gave children access to files they didn't know about. These files may include sexual material such as videos and photos. Worst-case scenario: you save those improper files to your phone. We don't want anyone else to see these photos and videos. The SPY24 application allows you to keep track of all multimedia files accessed via the internet. Images, videos, YouTube videos that have been downloaded offline, and other formatted files are among the multimedia files. Even if you delete a piece of multimedia, SPY24 saves it and makes it available to you. Parents can check clicked photographs and videos in the gallery straight from the dashboard using SPY24. It allows quick access to the target phone's multimedia.

Using social networking applications, you can exchange a lot of information. Whatsapp, Skype, Hike, Messenger, Google Hangouts, and other similar apps could allow many strangers to contact your child. Interactions will have no impact on you as a child, but strangers will. Strangers may have access to your personal information, but it can be intercepted before it is released. SPY24 allows you to monitor all instant messaging apps that may pose a hazard to your child. It keeps track of all messages and photos sent over the internet. It also has a function that allows you to see all of the sender's information.

#6. Keep an eye on your internet history and apps.

There are some applications, such as Facebook, that may be accessed via a web browser. Although you may change your web browser history by erasing cache memory, you can still keep track of all the resources you've lately browsed. Kids may gain access to an improper website that advertises or contains pornographic material. However, SPY24 allows you to track all internet history and apps used recently, as well as the date and time.

Another smart function added to the SPY24 application is Live Surrounding or Live Tracking. This function adds a layer of protection to your child's phone. Even if the target phone is missing, knowing its exact location and current surroundings might help you locate it quickly. Parents can use the front and back cameras on their children's smartphones to see where they are at any given time. This feature offers them a sense of where they are.

Conclusion: The SPY24 application is one of the most effective spying programs on the market. Your children will never be aware that their every move is being watched and tracked. The SPY24 application operates in the background of an Android app, making it difficult to notice on the phone's main screen. However, if your child is a tech whiz, it may be discovered and uninstalled. Even if the application is removed, it sends a notification to the user.