How to Back Up an Android Phone – Step-by-Step Instructions 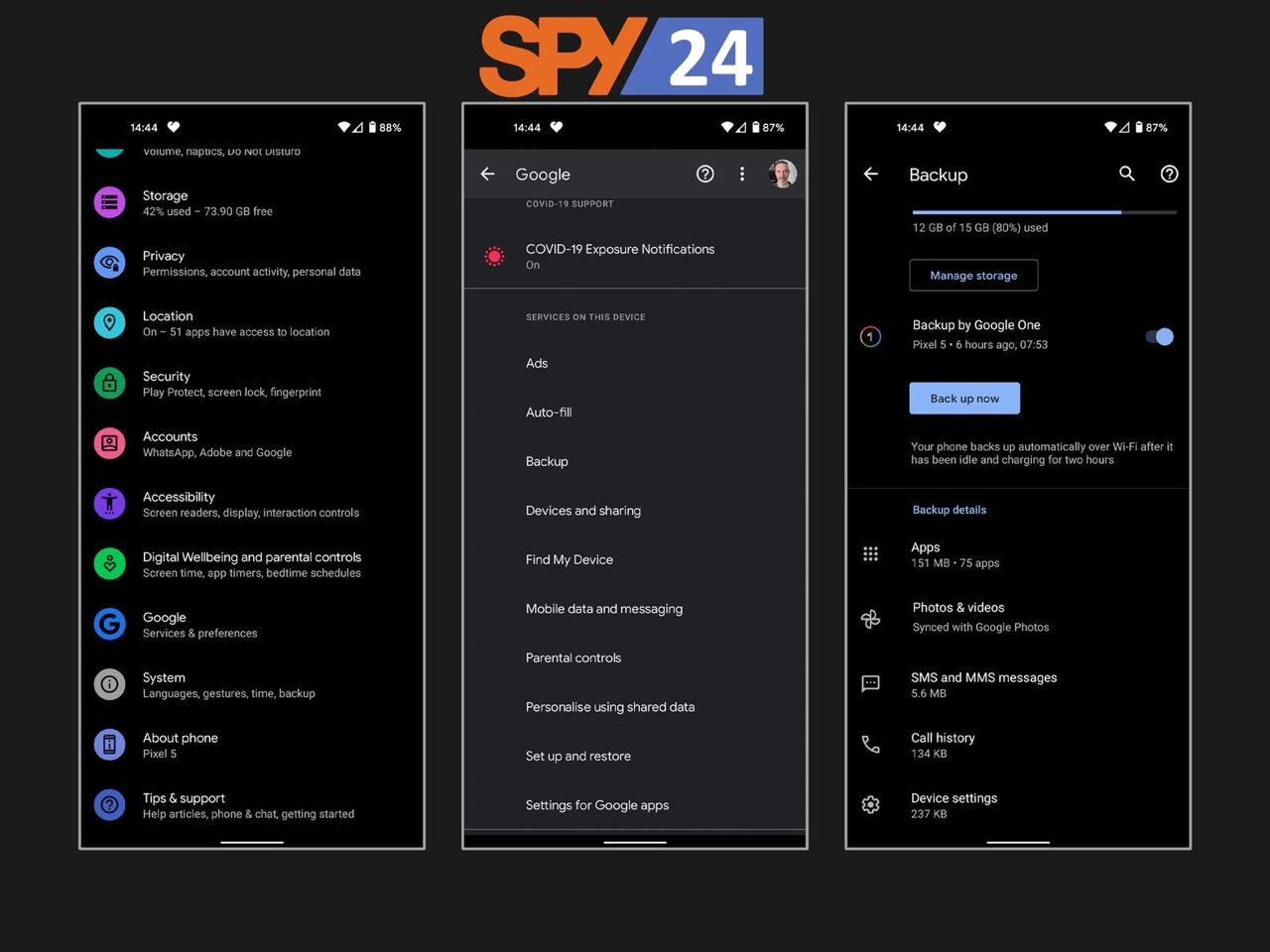 How to backup an Android phone or device without becoming technical in an easy-to-follow instruction! You don't need twenty backup options; all you need is one that works.

Another one of our user-friendly, simple-to-follow instructions. This time, we'll show you how to quickly and efficiently back up an Android phone or device. There's no need to read about twenty various backup procedures when there's only one that works!

Back when technology wasn't as advanced as it is now, backing up your Android device was a time-consuming process that you dreaded.

Waiting for things to download, including third-party software that was originally necessary to download a backup, may take hours upon hours.

Backing up your Android phone, on the other hand, is now a simple task.

In fact, you should make it a habit to back up your Android smartphone on a regular basis because it requires very little effort and the rewards are well worth it. It's also a lot easier than it used to be to restore an Android from a backup.

If you're starting to question how you should back up your Android phone, you've come to the right place.

This is the first in a series of security articles targeted at determining whether your Android phone has been hacked, detecting spy software on your phone, and finally removing phone spy programs.

I also have tips on how to factory reset an Android device to assist with the process. Take a look around — you should be able to discover whatever you require!

When it comes to backing up your phone, there are a few things to consider. Because phones have become such an integral part of daily life, it is more necessary than ever to ensure that you have backed-up all of your important data and settings.

Making sure that your phone is fully backed up, from contact information to app setups, ensures that you will be able to access this critical data if you ever need to recover your phone from that backup.

Creating a backup of the General Settings

Before you can start learning how to backup your Android phone, you'll need to know a little bit more about how the backup process is affected by common settings and preferences. Aspects such as which WiFi networks you connect to, time and date settings, and how items are displayed on your phone are usually influenced by general preferences and settings.

As you might expect, these are critical settings for any phone to have, so you'll want to be sure they're properly backed up.

To check this, first, go into your phone's system settings. Once you've arrived, look for the area labeled "Backup & Reset" or a section with a similar title.

After you've chosen that option, you should be able to toggle a few options beneath an option labeled "Back up to Google Drive" or something similar.

There should be an option beneath it to ensure that your basic settings and preferences are included in the backup information.

There will also be a section named "Device Settings" on this same settings page where you can check when everything was backed up.

Depending on your Android device, you may need to go through System, then Backup, and then you'll be presented with the same selection of options.

Knowing how to backup your Android phone's basic settings and preferences ensures that the next time you need to restore a device from a backup, you won't have to spend hours re-configuring all of the settings you spent so much time getting to where you wanted them.

The next step is to learn how to backup applications and app data so that the next time you restore from a backup, you will have all of the apps you require without having to download and configure them all.

When backing up your Android phone, the next thing you should consider is your apps. Because the apps on your phone are undoubtedly some of the most crucial aspects of your phone, it's even more critical that you maintain them properly backed up.

Fortunately, the apps on your Android device will always be synced to Google's servers, making it much easier for you to pick and select which apps to retain on your backup list.

If you have an Android device running Android 6.0 Marshmallow or later, there is an extended backup system that allows you to further select the apps you wish to include in your backup.

Of course, if the app's creator has properly integrated everything, you won't have to worry about a thing when it comes to choosing which apps to back up.

You'll want to return to the same "Backup" area of your phone's system settings. After that, navigate to the "App Data" section, where you may specify which apps you want to have backed up to your device.

Many phones will also tell you when each app was last backed up, which is useful information to keep track of.

After you've done that, you'll want to back up your phone's various regions.

Miscellaneous Areas are being backed up.

Files, messages, calendars, contacts, emails, images, and music will be backed up in the various sections of your phone. Some of these will be in the same location, while others will be scattered among the settings.

Calendars, contacts, and emails will all be stored in the same section of your phone's backup settings.

Music and photographs will be available in the same areas. Files and messages are normally kept in separate locations, but you won't have to worry about backing them up.

You won't have to do much while backing up contacts, calendars, and emails. Because this part of your data is frequently cloud-based or cloud-connected, this is the case. It won't be so much about backing up email and calendar data because you may just open the same data on a new device using the same account.

The only thing you may need to seek for is contact information. You should be able to check whether or not contact info is being synced or retained in your phone's contact app.

You can also double-check the "App Data" portion of the "Backup" section to see if the contact data is being synchronized with Google Contacts.

In most cases, you'll want to use a messaging app for messaging. The built-in Android Messages app will typically be enough (at least for the first 25MB), although there are some third-party apps that will handle all of the messages and data.

You usually don't have to go into the settings to back up the message data, unlike the other locations you backed up. You won't have to do anything if you use Google's app.

If you're using another messaging app, double-check that it's being backed up properly.

The best thing you can do with files is to upload them to another storage provider. Google Drive, or another service like OneDrive or Dropbox, might be used.

There is no single location where you can ensure that files are being backed up, so you'll have to actively transfer the files you wish to keep elsewhere, similar to messaging.

Did you know that some spy apps may be used to recover deleted SMS from an Android phone? I wrote an article about it, so take a look!

On Android, backing up photos and music is simple.

Photos and audio are similarly simple to back up. Of course, using Google's own Google Images app is one of the simplest methods to manage your photos, as it instantly syncs your photo data to any other device that can access Google Photos.

Similarly, Google Play Music allows you to upload up to 50,000 songs for playback on any other Android device.

While there have been suggestions that this app will eventually combine with YouTube Music, Google has stated that this will not happen until the same storage capacity is available.

If you rely on a streaming app, all you have to do is make sure it's backed up, and you'll be ready to restore your Android phone from backup the next time.

Monitor where they are, whatever doing on your android phone under one roof with SPY24.

Finally, A Monitoring App That Works The Way It Should.

We provide a variety of installation options and will assist you in selecting the best option for your demands and target Android phones.

We value your privacy and go to lengths to ensure that your personal information remains private.

We were capable of making SPY24 just perform. However, if you want assistance, we are available 24x7. Anytime we with you.

We'll never reveal that you're using SPY24 to anybody else. Nobody.

We are not demanding high like others. It is less than a cup of the coffee price a day. And you will get lots of features at that price.