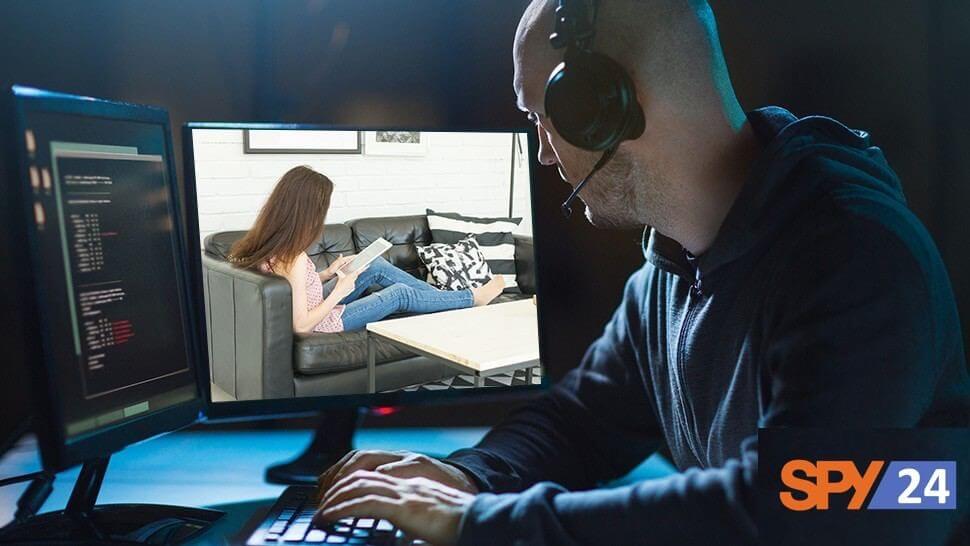 Is it your goal to hack the rear and front cameras of an Android phone on another phone?

Do you agree? You might be curious about what your target phone user is doing in his or her cell phone environment in real time. There is only one way to hack into a target phone and view the real-time environment: by taking control of the phone's front and back cameras. The question then arises as to what motivates you to remotely activate the target mobile cameras in order to stream live video of their surroundings without their knowledge. Spying on and hacking into cell phone cameras is a criminal offense unless you own the device being monitored. Furthermore, you must have the consent of the target person in order to spy on phone cameras and view the surroundings on another phone while using another phone.

In this post, we will show you how to hack and spy on Android phone cameras without having to deal with any technical issues. Performing that activity without the target's knowledge is permissible, and it would be legal if the target device is one that you personally own. Furthermore, you will learn about the legalities of spying on phone cameras and for what purposes it is permissible.

CAN YOU SPY ON PHONES WITHOUT THEIR KNOWLEDGE?

Yes, it is now possible to spy on and hack another phone's camera while it is streaming live video of the surrounding area. When you get your hands on a non-rooted hidden phone tracker, it is possible to track someone's location. The best spy apps give you the ability to gain access to the target Android phone and view the surrounding environment in real time.

However, not all spy apps are capable of spying on someone's phone's front and back cameras, and some of them may be a waste of your time and money if you use them. The best app in the business, with exclusive features, is what you need to get your hands on right away. Make certain that you are not taking control of other phone cameras for the purpose of illegal spying. For legitimate activities, you can use an Android phone to stream live video from a camera.

Is it possible to hack an Android camera without using spy software?

It is not possible to hack android cameras in order to view the surrounding area on an Android phone without first installing software on the phone itself. There has not yet been a technological breakthrough that allows you to spy on cell phone cameras without having to use cell phone spying software to do so. As a result, you must obtain the best spy software – SPY24 – in order to hack phone cameras and stream live video from the target device.

Is it possible to use the Free Android Spy App to hack the rear and front cameras for live streaming?

No! Free Android spy apps are unable to spy on the target phone's cameras in order to see what is going on in the surroundings. Even well-known commercial spy solutions can be used to hack into other people's phone cameras and microphones, but they are unable to provide live camera streaming or live surround listening capabilities. View 360 live camera streaming and real-time surround listening are exclusive features available only in one application, and they are available only in that application.

Do you want to know what's going on in the world of the Android smartphone? You can obtain legitimate phone spying software, such as SPY24, by visiting the website. It is the only phone monitoring solution that allows you to stream live video from an Android phone to another Android phone from a remote location.

In addition, it is one of the easiest applications to configure on the target device, with the SPY24 installation process taking only three minutes to complete. It works on both rooted and non-rooted Android devices, and users who are not technically savvy can use it without experiencing any difficulties. It has an intuitive interface and gives you the ability to control the target phone's rear and front cameras, as well as its microphone. The application connects the camera and microphone to its online dashboard, which is accessible via a web browser. Users will be able to listen in on live audio streaming of their surroundings.

The features listed below are among those of the best Android spy apps, which allows you to hack and spy on other phones' cameras and microphones, as well as to stream live video from the target device's surroundings without the target device's owner knowing:

View 360-degree live cameras that are streaming in real-time.

In my opinion, it is one of the most useful features of cell phone spy software for Android. Using View 360 live camera streaming, you can access cell phone cameras and take control of the video feed. It connects the rear and front cameras of another phone to the SPY24 online dashboard, allowing for remote monitoring. Users will be able to watch live video feeds of their surroundings. The target phone's angles will deliver the surrounding information of the target device, and you will be able to see live visuals and audio while using the target phone.

Listening in Surround Sound in 360 Degrees

It is an exclusive spying and hacking tool for the best-hidden phone spy software, and it is not available anywhere else. It gives you the ability to control and hack the target phone's microphone, and it allows you to connect the phone to the online dashboard. The user will be able to listen in on the surroundings of another Android phone in real-time using this feature. It is possible for users to listen to voices, sounds, and voice chats from a 360-degree angle. It is beneficial to users, and it can be used for a variety of productive activities such as view 360 live surround listening.

The Most Important Benefits of Hacking Android Cameras and Microphones

There are numerous benefits to using the best Android spy software –SPY24 for android hacking phone camera and microphone – including the following ones:

You can use a spy app on another cell phone device to spy on them using their cameras and microphones without them realizing it. Invisible and undetectable, SPY24 remains hidden and undetectable on the target device's home screen and anywhere else it is installed. It secretly obtains access to the target device's rear and front cameras, as well as its microphone, and allows you to listen in on and view the surroundings of the phone.

After you have completed the configuration process, you will be able to activate the live camera streaming and live surround listening tools on the target device from a remote location. Users can activate the android spy features to receive information about their phone's surroundings in real-time by logging into an online control panel.

Users will be able to access live streaming as well as live surround listening through the user dashboard. It will make use of a phone gallery or some other method that will leave a clue to the intended victim.

As an alternative to camera streaming and listening in Android Surround, you can also send camera bugs and MIC bugs to record surround visuals as well as surround voices, which can then be downloaded via the web control interface.

In addition, the Android spy app syncs data stored on the target device's phone gallery, such as photos and videos, which can be used as a backup app.

The application has dozens of features in addition to hacking cameras and the microphone of another phone, which are described below. The ability to monitor social media apps, block the internet, record phone calls, track GPS location, and monitor browsing history are just some of the features available. It also captures and records keystrokes, performs password cracking, and performs other functions.

For parents looking to protect their children from online predators, the phone spy application is one of the best Android parental control software options available. It gives parents the ability to keep track of their children's phones and track GPS locations in order to discover their whereabouts.

For business professionals, it is preferable to keep tabs on their employees during working hours using business-related devices. Employers can catch disgruntled employees, prevent data breaches, and prevent employees from wasting time on business phones by implementing the following strategies.

There are a variety of other apps for hacking Android phone cameras.

Several apps are available for download on the internet that claims to be able to spy on other people's phone cameras and microphones. However, only a single app is capable of recording and streaming audio and video from an Android phone's surroundings in real time. Some of the other apps only record the environment and are unable to provide live audio and video streaming services. The following are examples of Android spy apps that can be used to hack into Android phones:

These are the spy solutions for hacking phone cameras that are currently available. SPY24, on the other hand, is the most effective because it can bug phone cameras and microphones. In addition, you will receive live streaming on your phone of the surrounding audio and video.

Parents and business professionals alike are increasingly interested in hacking Android rear and front cameras in order to keep an eye on their children and keep track of their employees. In addition to spying on cellphone cameras and microphones, SPY24 is the only spy application that can stream live camera feeds and provide surround listening through the dashboard.