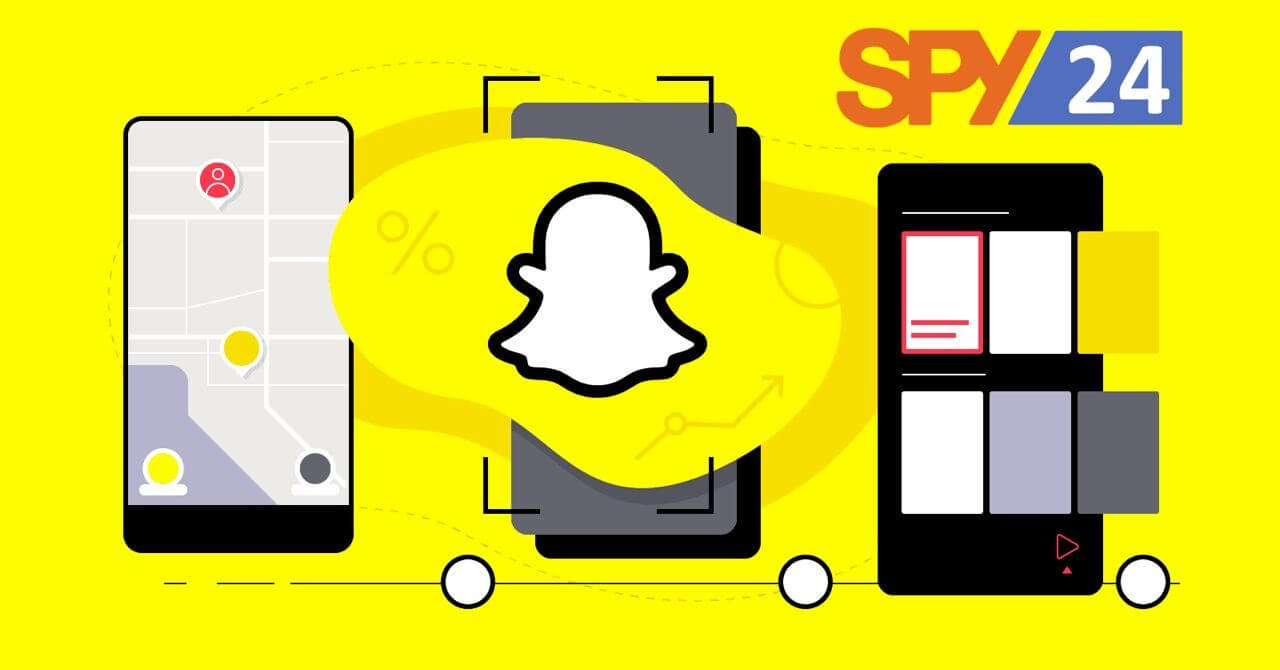 Users can read the Snapchat messages of another person without their knowledge if they use the SPY24 surveillance program. Make use of its dashboard to acquire covert access to any cell phone and to keep track of any instant messaging activities.

In addition to being a popular instant messaging application, Snapchat also functions as a photo and video sharing platform. During discussions, text messages, shared images, audio, and video calls, users can maintain their anonymity. Do you want to know how to surreptitiously examine Snapchat messages? Keep reading. The program will remove any text messages, media files, chat sessions, and voice conversations that have been received over the phone. This shows that the security requirements of a social networking site are strong and that messages, media, and chats are erased after they have been viewed. Furthermore, you will observe that the discussions that have been sent to you have been opened in your name. The approach and a few tactics for reading Snapchat messages without the intended recipient's knowledge will be covered in this article today.

Is there a reason why someone would want to view someone's Snapchat messages in secret?

Snapchat is the ideal covert messaging tool since all communications, including chats, text messages, pictures, videos, phone calls, and video calls, are transmitted invisibly. Snapchat is therefore extremely popular among its users, including youngsters and employees. Because of its increasing popularity, the social messaging program has become one of the most extensively used instant messengers.

As a result, parents have concerns about their children's social messaging activities on Snapchat and wish to read messages that have been sent without their consent. These individuals wish to prevent them from sexting, online dating and disclosing their nudities while simultaneously securing their personal information. Company professionals also forbid their staff from communicating using instant messenger in order to protect sensitive business information from being compromised.

How Can I Read Snapchat Messages Without Being Discovered?

You can acquire access to someone's phone by manually entering their PIN code. Additionally, you can spy on Snapchat text conversations and other activities without being detected. You run the chance of getting captured and humiliated if you do this, so proceed at your own peril. You must therefore use the Snapchat spy tool in order to read Snapchat messages without alerting the individual who is being monitored.

In order to secretly monitor and track someone's Snapchat communications, this application was developed. Installing Snapchat spy software on the target person's Android device allows you to keep track of everything they do on the social networking app while they are away. Spy software may gain access to any cell phone device invisibly and provide you with the ability to monitor any instant messaging activity from a web-based dashboard at any time. As a result, it is possible to monitor Snapchat text messages from a different phone.

Using the Snapchat Spy App, you can see what other people are up to on Snapchat.

Are you interested in learning more about the Snapchat surveillance app? Please allow me to elaborate. It is an application that operates invisibly on the target device, monitoring Snapchat activity and sending the information to a web-based control panel for further analysis. To access Snapchat messages, voice chats, and video calls, users can download monitored data and view it on their computers. You can keep track of your instant messenger activities before you delete your account from the instant messenger service. When you use Snapchat spy software, you can keep track of all of your sent and received messages, as well as a number of other actions, in real-time. The Snapchat spying tool allows you to examine the Snapchat messages of another person in complete secrecy.

When it comes to reading Snapchat messages, which app is the most effective?

What you can see on Snapchat is decided by the content you choose to view through the messaging app. Do you want to keep track of the text messages that are sent and received via Snapchat on a different device? Interested in the potential of tracking voice call logs and voice messages prior to their destruction? Do you have any questions? We are all aware that Snapchat is well-known for its ephemeral messaging capabilities. Currently, everyone is attempting to track Snapchat in order to discreetly monitor the phone activities of someone they know. SPY24 is one of the most effective Snapchat surveillance systems available, allowing parents and bosses to watch the Snapchat messages sent and received by their target phone in complete secrecy.

When it comes to viewing the history of Snapchat conversations, the SPY24 app is the best option.

In addition to operating discretely and remotely on phones once they have been properly installed, SPY24 is the best phone tracker software on the market. Without the target's awareness, it has a host of capabilities that can be activated from the dashboard on the target phone. These include the ability to monitor messaging, calling, media sharing, and other Snapchat actions.

For viewing Snapchat conversation history, the following are the most important features of the SPY24 app:

It is possible to access another person's Snapchat conversation history by activating the following Snapchat features on the person's phone without the person's knowledge or consent.

It is the best screen recording capacity available for activating on another person's smartphone that is connected to the Snapchat messaging service. SPY24 offers the finest screen recording capability accessible. Snapchat is a photo and video-sharing application that allows you to record live phone screen films while the target individual is using the service. The user's dashboard will be updated with footage of the Snapchat screen uploaded by the app. The ability to view Snapchat screen records and read Snapchat messages on a different phone is available to you.

Users can record and capture keypad strikes on a phone that is running the social messaging application using the android keylogger capabilities. In addition to passwords, you can acquire keystrokes for sending Snapchat text messages, text chat keystrokes, and other functions.

Spy on the conversations taking place on instant messaging services.

You can track and monitor instant messenger chat logs such as media sharing, messages, VoIP calls, and chats before they are deleted using Snapchat spying software .

SPY24 can be used by parents and businesses to keep tabs on their children's phone usage. They have the ability to view programs that have been installed, such as Snapchat, WhatsApp, Facebook, and other instant messaging services.

What Is the Best Way to Recover Deleted Snapchat Messages?

You can use spy software to recover and read deleted Snapchat messages on another phone if the phone in question is equipped with it. A target phone that is actively utilizing an instant messaging app can be monitored and synced to the internet dashboard through the use of this application. Consequently, you will be able to examine the Snapchat text messages and chat discussions that have been received without having to open the Snapchat chats on the target phone. Installing phone spy software on the target phone will allow you to view deleted Snapchat messages because the software monitors chat data prior to it being removed from the device.

Using Snapchat, how can you open a message without the recipient realizing it?

Unless you have Snapchat monitoring software installed on your computer, you can open Snapchat messages on another person's phone without them knowing it was you who did it. Users can examine and monitor text messages sent and received without having to launch the Snapchat app. Snapchat monitoring software provides users with the ability to access chat logs, text messages, and multimedia through a web-based administration interface.

Without the use of a Snapchat spy program, the following methods for viewing Snapchat messages without the target person's awareness can be used to gather information:

You might want to start by looking at the discussions tab. To make things even easier, when you receive a message or have a discussion, switch to the camera tab.

Step 2: Allow the message or chat to take up as much space as possible in your phone's memory. A pink square will appear beneath your sender's name, and a new snap label will emerge beneath it.

Note for the future: Do not attempt to read the debate at this time!

Step3: On your Android phone, toggle the Airplane mode switch to the off position to turn off the internet connection.

Step4: To access the settings on your Android phone, slide down from the top of the screen and select Airplane mode from the drop-down menu.

5th step: Your phone will no longer be able to communicate with the internet. Snapchat texts and chats are both visible and readable by others. As an alternative, you can tap on your friend's name to open the snap and view any text messages or conversations that have been received from him or her.

6th step: Once on the settings tab, travel to the account actions area and confirm the action by clicking "Clear Cache> Clear all."

You can disable airplane mode at this time by scrolling down on your Android screen and tapping on the Airplane mode symbol, as shown in Step 7.

You will only see the delivered label beneath the message sender's name when your intended recipient views Snapchat text messages or conversations.

As a result, by employing the manual procedures we discussed before, you can access Snapchat messages on the target smartphone without them realizing it.

Snapchat is one of the most popular instant messaging apps because it allows users to connect in an anonymous fashion. To keep track of what your children and employees are doing with their phones, use SPY24 Snapchat spy software to monitor their Snapchat messages without them being aware that you are doing so.