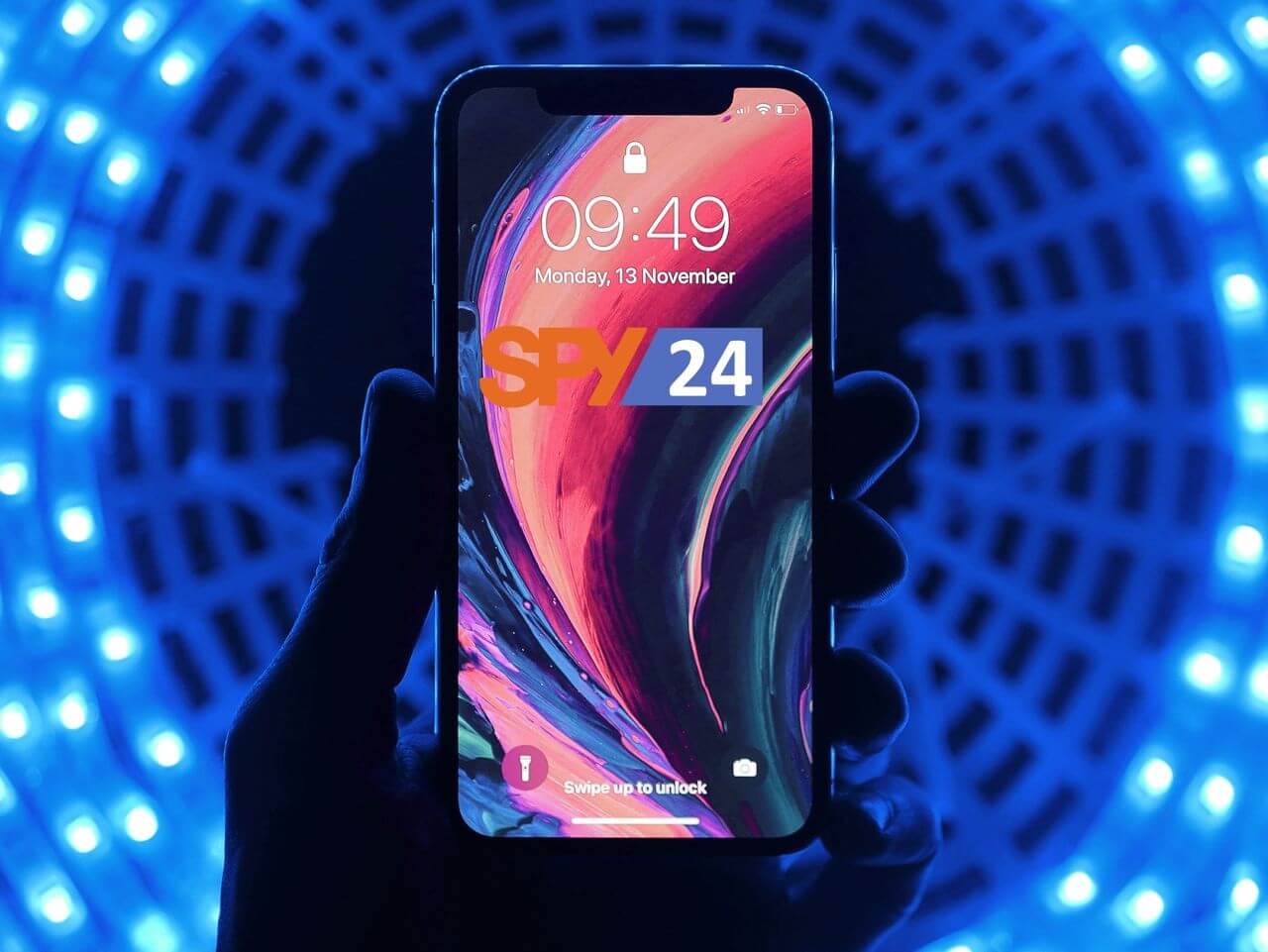 This week is dedicated to recognizing and celebrating the amazingness of mothers everywhere. In honor of one of our own, a true blue SPY24 mom who has discovered the wonders of parenting through the use of our iPhone spy for parents, we're bringing it back to our headquarters. Here's what she had to say about her digital parenting experience in her own words...

Are your children of a certain age, where they believe they are no longer bound by rules and curfews? Because my 13-year-old son is certainly one. Growing up is a time of confusion, and I tend to dismiss my moodiness and bad attitude as a normal part of the transition from childhood to adulthood. It wasn't until he decided to sneak out of the house after I went to sleep that I could no longer stand the situation. That, in my opinion, was completely inappropriate. After that, I went online and purchased the iPhone spy software that I was going to install on his brand new iPhone 6s. And the results were instantaneous as well as accurate.

This is how I was able to keep track of him.

When his father decided to purchase him a new iPhone 6s, I jumped at the opportunity to install the app on it before handing it over to him and his brother. And that was all I had to do because SPY24 took care of everything else. Most importantly, it operates invisibly in the background, so he is completely unaware that monitoring software has been installed. I, on the other hand, have complete control over his device and am aware of every communication that takes place through it. ... This brings me to the next section...

SPY24's Sneaky Habits Were Caught and He Was Punished

Because of this iPhone monitoring app, I now have access to his phone from anywhere in the world. This means that I can literally see everything that he does on his iPhone without ever having to touch the device myself. I am able to

View the SMS messages he has sent and received.

Keep track of his phone calls.

Take a look at iMessages.

Locate him using his GPS coordinates.

And do you know why that's so fantastic? I'm already aware of his plans to sneak out with his friends the moment he begins to make them, thanks to the fact that I read all of his texts and phone calls. As for acting alone, as soon as he steps out of the house, I receive a notification from the GPS feature, which allows me to catch him in the action right away.

SPY24 allows me to stay one step ahead of the game.

Teenagers, don't you think, are highly volatile? Nothing is predictable about their actions or inaction. It's for this reason that you, as the parent, must be twice as quick-witted as your children. Exactly what the iPhone spy software does for you is put you one step ahead of your adversaries' movements. Knowing what my son's intentions are at all times has allowed me to better manage his behavior and thus discipline him. If you have children who are disobedient to their curfews, SPY24 will assist you in keeping track of their whereabouts at all times.

Do you have any anecdotes about digital parenting that you'd like to share? Why don't you share your knowledge with us and assist us in our development? Send us an email or leave a comment on this page!

This site is where you go to read their iMessages, see their photos and videos, and find out what they're up to on their iPhone, among other activities. There is, however, some good news. Without gaining physical access to their device, you can accomplish this. Instead of grabbing their phone every time you want to see what's on their device, you can use this feature. You'll be protected if you use the right kind of iPhone spy application.

It's not just a window into their world when you have an iPhone tracker at your disposal. It's a window into their entire world. You have access to a wealth of information at your fingertips, as well as a level of peace of mind that cannot be measured in dollars. With the SPY24 iPhone monitoring solution, you get a slew of advanced features that will help you spy on iPhones and gain a better understanding of their online activities.

Examine their iMessages to see what they're saying. iOS is a fantastic operating system, particularly because it allows iPhones to communicate with one another via iMessage. Text messages are, without a doubt, beneficial. However, there's something particularly compelling about a conversation between two iPhone users and that blue speech bubble in the background. You can actually use an iPhone tracker to view their iMessages, despite what you may believe about the security of the iOS system. SPY24 is a program that does exactly that.

Take a look at their texts as well. Is it possible that they're chatting with someone on Android? Messages sent between two different devices are also visible in iMessages. You'll be able to tell by the color of the chat bubble (which is green). And if they're having conversations with Android users, you'll be able to see them if you use an iPhone monitoring solution such as SPY24 to listen in on their conversations.

Find out who is on the other end of the phone. Despite the fact that the iPhone's name includes the word "phone," most children rarely use it unless they have something important to hide from their parents. If they're having phone conversations, you'll be able to find out if they're using the right kind of iPhone spyware.

Examine their electronic correspondence. Are you concerned about what is in their inbox? SPY24 lets you spy on iPhones and read their emails so that you can find out what they've been up to in their private conversations.

Find out where they are physically located. We understand what you're saying. You want to give them the opportunity to travel around the world. However, you must keep an eye on them to ensure that they do not get into any trouble. With an iPhone tracking app, you can keep track of their physical location by looking at where they are on a map and contacting them.

Receive geolocational notifications. Did they go somewhere they weren't supposed to go? With geolocation alerts, you'll be the first to know as soon as it takes place. Simply designate safe zones and danger zones in your Control Panel's Zones section. In the event that they enter or exit these zones, you will be notified.

Take a look at their photos and videos. If you have children, you will require an iPhone spy app solution that will allow you to view their media library. We're referring to the photos and videos that have been saved in their camera roll. With SPY24, you'll be able to see everything.

Take a look at their social media interactions. Kids don't just communicate through iMessage. They communicate with one another through social media applications, such as messenger apps such as Facebook, Snapchat, WhatsApp, and others. With the help of a spy app for iPhone, you can listen in on their social media conversations without them knowing. That includes their so-called private chats, which are open to the public.

Get notified when keywords that are controversial are entered. The most bizarre things are said by children. And every now and then, they say something that is highly controversial — or even makes you feel uncomfortable. Words that refer to drugs, sex, violence, or suicide are prohibited. If you use the right kind of iPhone spy software, you can set up alerts to notify you when certain keywords that you specify appear in one of their conversations.

They don't have access to their device? You can still spy on someone using an iPhone.

We can hear you clearly and loudly. However, you cannot always be present to see what they are up to on their iPhone (plus, they will accuse you of being creepy if you continue to observe them). If you want to know who they're talking to, what photos they've taken with their phone, and what they're talking about on social media, all you have to do is install spyware for iPhone (like an iPhone tracker). It will be possible to use iPhone monitoring software without having to physically take their device once you have everything set up and running. What's more, the best part is... Because it is undetectable, they will not be aware that you are using it. Once the app is installed on the target iPhone, you will be able to see what they are doing on their iPhone by logging into your personal dashboard, which is accessible from anywhere in the world.

This is the right place to look if you're looking for an iPhone tracking app that isn't visible to others. However, you are not alone if you believe that other iPhone spy software has failed to meet your expectations. Too many apps have significant limitations because they must operate within the constraints of Apple's stringent iOS security requirements. The good news is that with SPY24, you can take advantage of the advanced features of the iPhone tracker as long as you know their Apple ID and password, which you can find out by visiting their profile page. You should keep in mind that if an app claims that you don't need to provide these details, there's a good chance that you're being duped.

What if you only have a phone number and want to spy on someone's iPhone?

In a nutshell, the answer is no. The ability to see what is on someone's iPhone with nothing more than their phone number would be convenient, but that is pure Hollywood fantasy. The reality is that if you want to spy on someone's iPhone, you must first obtain their Apple credentials, which include their Apple ID and password.

Show Me How to Spy on an iPhone Without Using a Software Program.

We'd love to, but it's just not possible at this time, unfortunately. If you want to use a spy app for iPhone, you must do so in a legal manner and in accordance with the law. Keep in mind that the SPY24 iPhone monitoring software is intended to be used in a legal manner. Before using any iPhone monitoring app, make sure you are in compliance with local laws in your area.

Download the most dependable iPhone tracking app available on the market.

You now understand what iPhone monitoring is all about; it's time to find out what they're doing with their time. So, download the free iPhone tracking application right away. Despite the fact that there is a monthly subscription fee, the simple money-back guarantee makes using it a no-brainer.