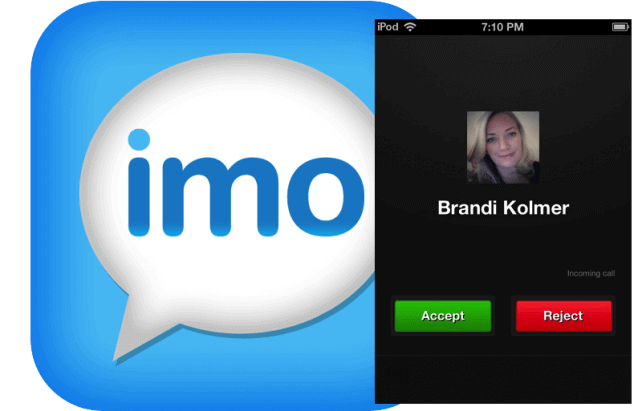 How to Monitor IMO On Android & iPhone Via SPY24?

Watch the tutorial and find out how you can monitor IMO chats, call logs and contacts from an Android or iOS device.

Young kids often use IMO Chat and parents are always willing to protect their kids from social media obsession because they know well about the dangers of the instant messaging applications. So, TOS spy app for IMO has the solution for parents.

Employers are also familiar with the social media apps and they want to monitor all the activities their employees are doing in working hours. Because prevention of social media activities on company’s owned devices within the working hours would enable bosses to protect productivity and prevent waste of time.

Spy on IMO with SPY24. There are a good number of instant messengers, video and audio calling services in the world. IMO is one of these apps that allows users to make audio and video calls as well as communicate through messages using the internet. IMO is a popular app among users. It makes communication really easy and simple for anyone. If you have ever used, you will know how good and convenient the app is when it comes to instant communication. It is widely used by young, kids, teens and adults. It is just like WhatsApp. The app can be used for sexting, sharing intimate photos and images as well as by bullies and predators. That is why parents should spy on IMO with SPY24 app. Monitoring IMO with Screen Recorder. There are two options to use SPY24 for tracking and monitoring IMO messenger. The first one is to use the screen recording feature which allows users to capture the full screen of the app, take screenshots, view chats, scroll through conversations and messages. This is a good option for parents who want to keep eyes on the IMO of their teens. Steps to use this feature are given below: 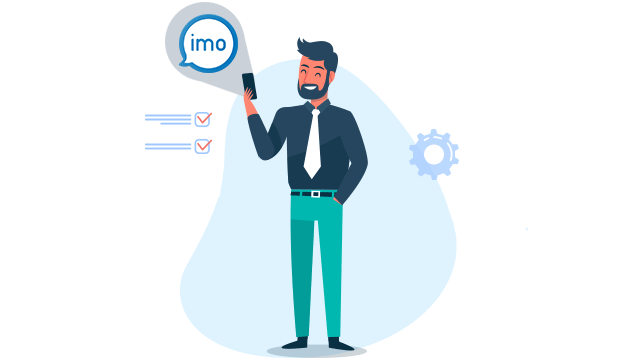 There are over 100 million users on IMO chat. IMO Chat has provided a platform which allows users to send messages, share photos and videos, make free voice and video calls. It’s necessary for parents and employers to Monitor IMO chat history on target iPhone so as to keep an eye on children’s or employees’ activities on IMO. Under the help of SPY24, parents can easily know what their children have done on their devices and safeguard their online safety. In addition, employers can use SPY24 to find lazy and disloyal employees.
Parental Control

Nowadays, plenty of teenagers are so rebellious that they are reluctant to communicate with their parents. Meanwhile, parents are too busy to take care of their kids, which makes teenagers tend to chat with strangers on IMO. In teenagers’ eyes, it seems that strangers care more about them and can give more love to them than their parents, which makes the opportunity for sexual abuse. Predators always pretend to be the same age as teenagers to obtain their privacy, such as home addresses, phone numbers, parents’ work time. Teenagers are so innocent that they will be cheated easily, for which parents need to keep track of children’s online activities.

SPY24 not only monitors IMO text messages but also captures screenshots of IMO chat history, which easily show parents whom their children are talking with and what their children are talking about. Then parents can know what their children need and give them what they want. Cell phones are pushing parents and children further apart, but SPY24 can make them closer. What’s the most important part that SPY24 brings to parents is that it can protect children from potential online dangers by spying on IMO chat activities.

Save messages and media files on online account
No matter what now you can do Spy on IMO Voice having world No.1 potent IMO Spy app
SPY24 IMO spy software for voice can get access to all text messages and group chats conversations happen in IMO Voice through your target device. You can get exact time information regarding all the text messages and groups chats conversation.
How TOS IMO Voice Monitoring Feature Works?
In order to utilize SPY24 (TOS) IMO monitoring software voice feature, First, you need to know that if you have Android and iOS and other target devices then initially do routing for Android devices and jailbreak method for the iOS 10.1 operating system devices. It will allow you to track all the activities happen within the instant IMO Voice through your target device and you can monitor everything on your electronic control panel.
Spy on IMO Voice Calls
Monitor Sent & Received Recorded Messages
Spy on IMO Messenger shared images and videos
How to install IMO voice tracking app on target cell phone?
IMO Voice feature empowers user to send Voice messages during the text conversations. In-case you want to monitor someone’s IMO voice on their mobile then you have to do something in terms of getting your hands on best IMO voice monitoring app. So, initially you need to install mobile phone surveillance software on the targeted device and once you have done it successfully then you need to have access to the Tos online control panel to activate IMO voice spying software. From the time you have activated it on the target device to the time target cell phone user have send IMO voice you will get instant logs of Voice messages of IMO social media app.

Can I monitor IMO messages remotely?

Yes, For that you need to rooted your target device. The app requires one-time installation on the device you wish to monitor and register with your email id and password. After that you can remotely monitor all IMO chats on Control panel.

Can I track IMO messages on non-rooted phone?

No, You can not. You need your phone rooted for accessing IMO Incoming-Outgoing messages. You need to give Root Permission on your monitoring device.

SPY24 works in real-time, so it only takes a few seconds for the upload messages on your account However IMO messages are deleted to the cellphone you can monitor those in Control panel

Can you record IMO calls?

SPY24 does not support the recording of IMO VoIP calls. The support is still under development.

Can you recover deleted IMO messages?

Anything that permits the scoundrels to access your children can be wicked especially if it’s an instant messaging app that let the crooks watch and hear your kid in no cost. The probabilities of a predator communicating with your offspring via IMO are higher, so make sure you monitor the activities performed by your kiddo on IMO.

Is your teen addicted to IMO social app and spend most of the time in video calls and chats. IMO spy ing app can spy voice and video call logs and empowers you to remotely access text messages and conversations on a cellphone device. You need to dig out all the rabbit holes on IMO messenger and protect your kids from stalking, online bullying, and explicit media sharing on phone.
IMO Spy app to spy on imo chat & messages on Android

It is a free video call and chat-based instant messaging app and quite popular in the world. Users can use it for a variety of purposes for free such as audio, video calls, messages, text, expression, to your friends and family from anywhere. Users can pass files such as music, video, and PDF files without limitations and share stories and talk in group. IMO spying software is the best tool to track and view all of the activities within a short span of time once you have installed the SPY24 Android monitoring app on the target device. You need to monitor the logs of chats rooms’ conversations on phone using the web control panel.
imo spy app
SPY24 Imo spy software designed for:
For Parental perspective:

IMO allow users to match the people from different counties, places of the same country using chat rooms and become friends using phone. Moreover, chat rooms enable teens to make voice and video chat in chat room. So, teens and kids are more likely to interact with strangers who could be cyber bullies and stalkers. If your teens are obsessed with the social messaging app and use it on their android devices then you need to spy on their every single activity with a live screen recording app. You can see the live activities of children in terms of a short series of videos. Parents can stay updated all the time what children are doing, whom they talking in chat rooms using video, voice and text chat.
imo spy app Parental
imo spy app Business
For Business perspective:

Communication between the employees at the workplace is necessary even under one roof and imo.im proven to be one of the best communication tools for business professionals. However, sneaky chat, texting and file sharing sometimes leave plenty of questions for employers. Now, employers can get answers to the questions in their minds regarding what employees are doing on imo.im. You need to monitor every single chat, passed files, conference call and shared expression within no time using a cellphone tracking app on employee’s digital devices. Business professionals can come to know what employees are doing on social media apps to the fullest to prevent time-wasting in particular and business security in general.
IMO tracking software enables you to: