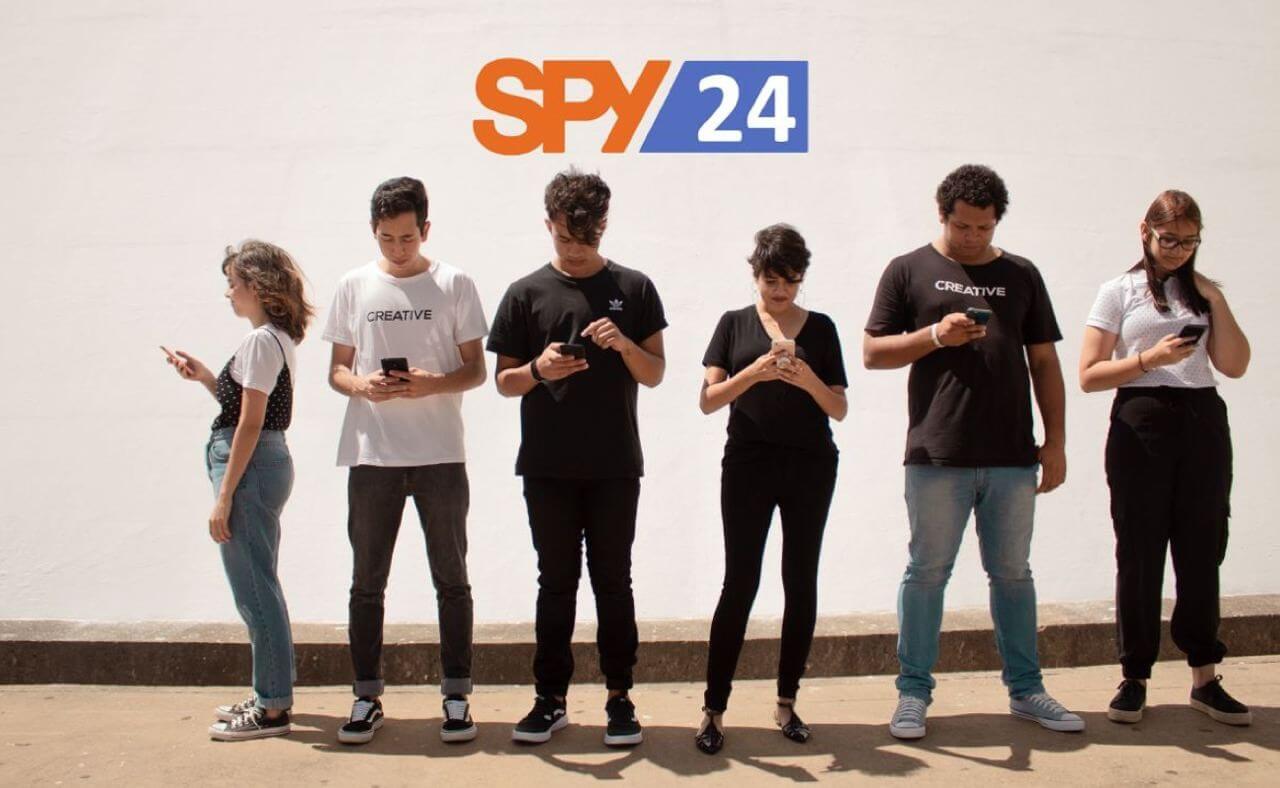 The trend toward drug use is on the rise. Cigarette smoking has decreased dramatically in recent years, and it has become a gateway to other drugs. Researchers, on the other hand, are raising the question of whether teens are substituting their smartphone use for drug use. They are consuming fewer drugs these days as a result of the constant entertainment provided by their smartphones and other computing devices.

It is a contentious issue, and we must consider the fact that the use of cell phones has evolved during the same time period that drug use has begun to decline in the United States. It does not necessarily follow that one issue is the root cause of the other, but researchers believe that smartphone use plays a role similar to that of drug use.

Teens: Can They Survive a Day Without a Phone?

One might wonder whether or not teens can go an entire day without using their smartphones, the internet, or social media. What do you think about a week? If your teenagers are experiencing the same emotions, you are not alone. Researchers at the University of Southern California have devised a study to determine how smartphones alter the wiring of adolescents' brains. Minors and underage teens are becoming increasingly reliant on smartphone technology.

"Internet and social media usage are similar to and as difficult as, drug use," Antoine Bechara, a psychology professor and neuroscientist at the University of Southern California's College of Letters, Arts, and Sciences, stated.

"The use of the internet on cell phones is similar to cocaine addiction in that both activities take place in the reward-seeking area of the brain." Dopamine is responsible for the sensation of reward experienced by phone and drug users (reward & pleasure transmitter in neurons). There is little difference between the two: cocaine causes problems in the prefrontal cortex and leads to poor decision-making in drug users, whereas cell phone and internet addiction do not.

Is it possible that social media apps are more rewarding than drugs?

Swiping on social media apps such as Facebook, Instagram, Snapchat, tinder, and many others is inherently rewarding due to the high levels of dopamine released in the brain when compared to drug use. Text messages, VoIP calls, media, and voice messages all provide a hundred times more reward to teens' brains than drug use because of the dopamine hit in the brain that occurs with each communication. Julie Albright, a psychology lecturer at the University of Southern California, explained why.

Cocaine and other drugs stimulate the same pleasure center in the brain as smartphones and the internet, but smartphones and the internet are more satisfying. According to a survey conducted by the USC Annenberg School for Communication and Journalism, young people are more reliant on their cell phones than they are on drugs. The majority of teenagers in the United States and Japan are enthralled by their mobile phones.

Why are spy apps the last line of defense against child cell phone and drug abuse?

Teens who use cell phone parental control apps are less likely to become addicted to their smartphones and to engage in drug use at the same time. Do you have any idea why? Parents can keep a close eye on their children's phones and receive updates on what their children are doing on their phones throughout the day. Spy apps for cell phones allow you to keep track of how much time your children spend looking at their phones and what activities they engage in on screens that are connected to the internet. How do phone spy apps have the ability to control the devices of your children? How to keep them from using social messaging apps, engaging in browsing activity, becoming addicted to porn, engaging in online dating, or abusing drugs.

What Should You Look For When Trying to Discover the Truth About Your Teenager's Smartphone Life?

Here are some examples of how cell phone monitoring apps can help you protect your children from the high levels of dopamine that teens experience in their brains.

Websites that have been filtered:

Parental control over inappropriate websites on teen-provided cell phones can be exercised. You can prevent teens from visiting inappropriate and addictive websites such as pornographic websites, social media platforms, online dating sites, and many others. Cell phone spy solutions can filter websites in phone browsers by filtering keywords and URLs, which allows them to be more effective.

Phone monitoring software allows parents to record phone screens in real time, without the need for a separate recording device. Do you know how to do it? When a spy app is used, it can record a series of live videos on the phone screen, which can then be viewed in real time by parents via an online dashboard.

History of browsing while incognito:

Phone spy users can monitor and track the websites, URLs, and webpages that are visited, as well as incognito mode browsing and bookmarked pages. If you look at the features that are available for digital safety, it is the best parental monitoring and controlling application available.

Through its dashboard, phone spyware can provide live streaming on the cell phone screen, allowing parents to see what their children are doing on the phone screen in real time.

Listening in a symphony orchestra

Parents can listen in on the live surroundings of their children's cell phones and learn about their activities while they are away from home. It enables users to prevent children from becoming involved in drug abuse by listening in on live conversations between teenagers.

You can record and listen to live voice calls made by teenagers on cellphone cellular networks that provide benefits to parents if they discuss and plan to use drugs with friends while out drinking or partying at bars and nightclubs.

Social media monitoring provides parents with the ability to see which social messaging apps their children are using on their smartphones, as well as how much time they are spending on them. With the schedule, users can keep track of text messages, chats, voice chat logs, and a variety of other things.

The hidden whereabouts of the teens can be tracked down when they have gone somewhere to abuse drugs or hook up with other people. You can track a teen's cell phone GPS location, location history, and route maps in complete secrecy using a cell phone tracking app.

SPY24 is the most popular parental monitoring software for cell phones among parents. It has been the last hope for parents over the last decade, and it provides parental controls to parents who are struggling to keep their children's excessive cell phone usage and drug addiction under control. The application SPY24 can be installed on children's Android and iOS devices, allowing parents to set parental controls over their children's cell phone activities. Furthermore, it is beneficial to investigate whether or not your teenagers are secretly using rugs. There are numerous features in the spy software that allow you to monitor and control the screens of cell phones. It keeps track of every action without the target person being aware of it.

Is the use of cell phones becoming a greater source of concern for parents?

Yes! Because it is constantly rewiring our teen's brains, the cell phone is becoming a growing source of concern for parents. Although drug abuse was once prevalent, drug addiction is now on the decline and has been replaced by the smartphone, which is both more dangerous and addictive for the younger generation Z. Parents are powerless in the face of their children's video gaming addiction, social media obsession, and pornographic obsession. As a result, electronic devices are more addictive than drugs. Young children sleep with their digital devices, which is a source of concern for their parents.

Our children's ability to concentrate has been compromised by their use of cell phones. They pay attention to the beeps, notifications, and chimes that inform our children that they need to update their mobile devices. Online dating on apps such as Tinder and Snapchat, as well as live nude video broadcasting on apps such as TikTok, cause them to lose their concentration on important daily life tasks. According to a recent study, young teens look at their mobile phone screens more than 80 times per day. To summarize: cell phones influence our behavior and are more likely to disrupt teens' concentration in school, relationships, friends, or with family members and relatives.

Young teens who are preoccupied with their phones are more likely to develop memory problems later in life. They have the ability to forget things in a matter of seconds and are more likely to start believing the information they find on the internet. Because of our constant access to the internet, our memory is weakened, and we no longer trust ourselves but instead rely on Google. Teens are no longer attempting to remember things because they are well aware that they will be able to find them on the internet. Young teenagers no longer rely on the information that they have learned. As a result, a cell phone that is connected to the internet is a deadly memory killer.

Having an impact on our built-in compass

The days of recalling specific locations in our minds are over. For the first time, the younger generation is reliant on cellphone technology, and they use GPS trackers and location tracking apps to determine whether they are a few kilometers or several miles away from a location. The built-in compass in the human mind has been influenced by smartphone devices. Instead of relying on their memories, young teens use technology to locate places they frequent on a regular basis.

Depression and anxiety are likely to worsen.

Teens are suffering from depression as a result of their excessive use of phone screens due to social media, browsing activity, video gaming, and other inappropriate activities on the internet. Teens sleep less and spend at least 7 hours a day looking at screens on their phones, which makes it more difficult for parents to get them to stop than drugs. In the end, children experienced issues such as depression, anxiety, and a variety of other problems.

We understand that cell phones are rewiring our children's minds and are more obsessive than drugs in terms of their use. Young teens' internet activities can be analyzed by parents using phone monitoring apps, which can quickly reveal any hidden drug abuse activity on their children's phones.