Is There a Link Between Digital Addiction, Isolation, Depression, and Anxiety? 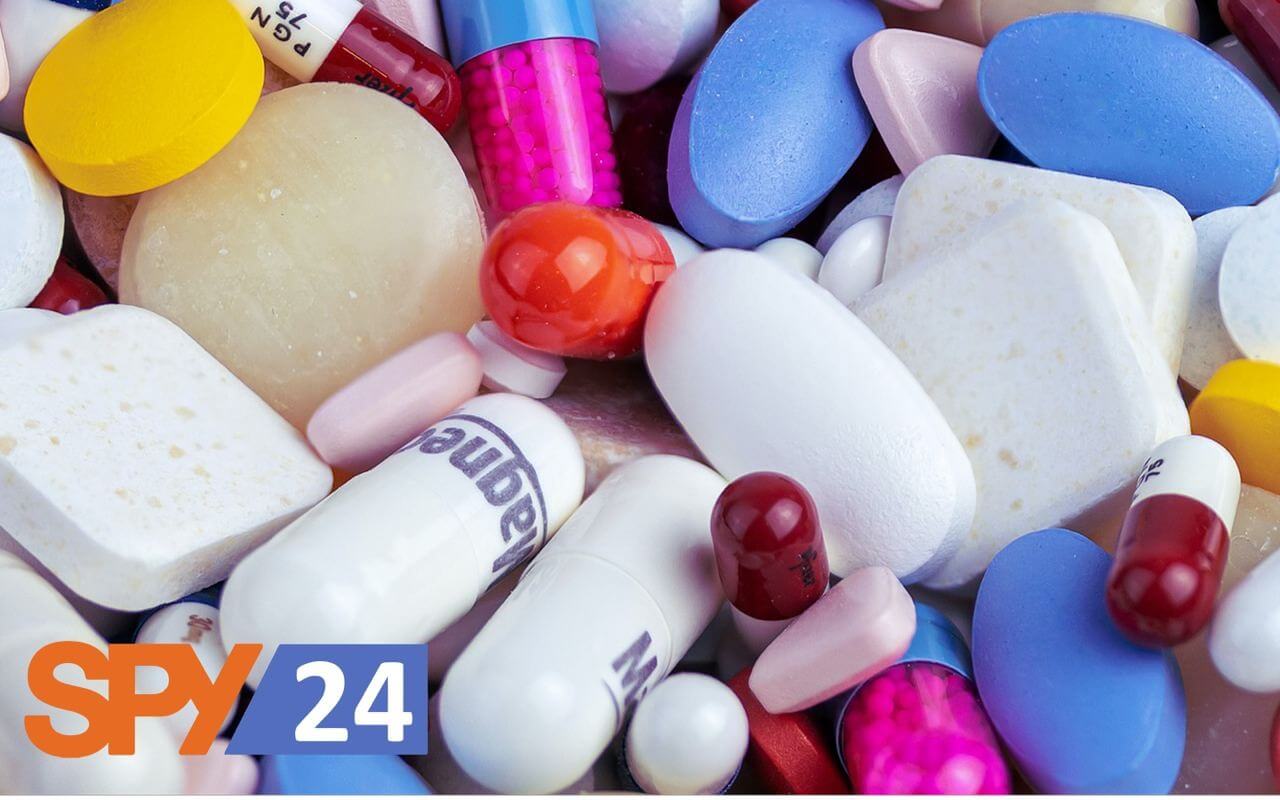 Content List
What evidence supports the claim that digital addiction contributes to feelings of isolation, depression, and anxiety?

In this day and age, addiction to digital media is no longer considered a myth or fantasy. In recent years, smartphone technology has become increasingly important in our lives. It keeps us connected to the internet and informed of global events that are taking place on a minute-by-minute basis around the world. We hear the news, see things that happen, and even our pre-adolescent children are well aware of the world around them. We are continuously alerted by our connected cellphones, and we lack mental peace in this technologically advanced day. Phone calls, text messages, emails, and news reports have all elicited an addiction to hearing the alerts, reminders, pings, and chimes that accompany them. The increase in dopamine stimulation induced by our cell phones is one of the factors that add to our digital dependence. Youth, in addition to adults, experience feelings of loneliness, despair, and worry.

Because of our constant connection to the digital world, we have lost touch with our human connections. Digital Addiction and Curiosity are caused by the continuous dopamine stimulation provided by our devices.

What is Addiction to Digital Media, and how does it manifest itself?

In many cases, the line between dependency and addiction is imperceptibly thin. Addiction is defined as the excessive use of digital devices to the point when your needs conflict with your life and prohibit you from fulfilling your basic commitments. Additionally, excessive use of digital gadgets beyond what is required for daily activities is referred to as "digital addiction." Today's youth is increasingly dependent on digital technology, and they spend the majority of their time on cellphones, the internet, and social media platforms.

There are three different types of digital addiction that you should be aware of.

The following are just a few examples of the many different sorts of addictions that can occur in the digital age. Take a look at the following.

Smartphone addiction is a serious problem.

Experts believe that children are the most affected community and that they are more likely to suffer from behavioral problems. The use of digital technology has an impact on our daily life. As a result of the digital world, people are getting severely unhappy, curious, and anxious, among other things. A consequence of this is that young people who are addicted to their cell phones spend more time on their phones in order to soothe their distress. It is possible to become addicted to your cell phone through digital means. It is possible to develop the dependence syndrome as a result of an overreliance on digital technologies.

At the moment, social media fixation is the second most common source of digital preoccupation among adolescents and children, after video games. We are all aware of the number of time children and teenagers spend on social media websites and mobile apps. They are active on a variety of social media platforms, including Facebook, Snapchat, WhatsApp, and Instagram, among others. Teenagers take pleasure in sending and receiving messages as well as chatting. Teens also use social media to exchange photographs, movies, voice, and video calls, and to communicate with one another. New research suggests that excessive use of social media diminishes feelings of joy and contentment in people.

Addiction to the Internet is a serious problem.

The individual's obsession with cyberspace implies that he or she is suffering from an episode of impulse control problem. Using the internet in an abnormal manner can lead developing minds to lose their ability to differentiate between the virtual world and the real world. Children who are obsessed with the internet spend more time online and are more likely to engage in risky activities such as online gambling, hookups, gaming, and watching sexually explicit material than other children.

Smartphones have forced us to become increasingly disconnected from one another.

Adolescents' technological drive results in digital fixation, and parents are now more than ever required to encourage their children to participate in real-world activities. Children's use of cell phones, social media, and internet addiction are all linked to serious health concerns in our society, including sadness and anxiety.

What are the similarities and differences between adolescent addiction to digital media and drug abuse?

In accordance with the findings of the study, excessive cell phone use leads to the same difficulties that youths suffer as a result of drug abuse. Erik Peper's proposal as an Associate Professor of Health Education is based on this premise.

The statistics you need to know about children's digital addiction to cellphones, social media, and the internet are provided in the table below.

A cell phone is owned by more than 95 percent of teens.

It is estimated that almost 80 percent of teens are constantly connected to the internet.

90% of kids between the ages of 13 and 17 use social networking apps on their smartphones, according to a recent survey.

Youth utilize social media platforms such as Facebook, Instagram, and Snapchat with rates ranging from 51 to 52 percent.

Parents believe that their children are addicted to their cell phones, with 59 percent believing this to be true.

Children between the ages of 14 and 16 who are infatuated with the internet account for 2% of the population.

The Physical Consequences of Addiction to Digital Media Among Youth

The number of children who are preoccupied with digital devices is increasing on a daily basis. Today's kids cannot imagine a day without their smartphones, access to the internet, and texting applications. They rely on texting, chatting, voice and video calls, and the exchange of media through cell phones that are connected to the internet for communication. Due to the widespread use of social media, mobile phones, and the internet, we are surrounded by a virtual environment. A consequence of this is that the harmful consequences of digital addiction are presenting themselves as signs of mental illness in teens.

Teens' obsession with their cellphones is taking up all of their free time. Due to its negative impact on young people's social abilities, it causes the following concerns to emerge among teens for the first time in history, as follows:

Parched eyes are a common occurrence.

A lifestyle that is sedentary

When this happens, the question becomes, how can parents deal with their children's digital addiction?

How Can Parents Help Their Adolescents Overcome Their Digital Addiction?

It is damaging to one's health and morals to be obsessed with digital devices, cyberspace, and social media platforms like Facebook, Twitter, and Instagram. To aid kids in avoiding technology addiction, you must take immediate and concrete action. Listed below are a few suggestions and legitimate cures for parents who are concerned about their teen's smartphone and social media addiction.

Keep a "screen-free" zone set aside in your house.

Make use of public Wi-Fi networks that are password-protected.

At the dinner table, give your teenagers permission to use their phones.

Allowing your teenagers to use their mobile devices to access the internet and play games is not a smart idea.

The use of digital phones and personal computers for non-educational purposes should be strictly limited.

Parents should serve as role models for their children in real-world activities and foster a passion for sports in their children.

Parents should set up parental controls on their children's smartphones.

Is your adolescent addicted to their smartphone? Is your child wasting an unusual amount of time on the computer or the internet? Do you want to protect your child from becoming addicted to social media on a digital platform? We have received and responded to your inquiries. Installing a parental control application on your Android, iPhone, PC, or Mac Spy device is possible.

In what ways might parental control software be beneficial to your family?

You can assist your child in overcoming their digital addiction by using the best parental monitoring applications available. iPhones that have not been jailbroken and Android phones that have not been rooted are both compatible with the app. On cell phone web browsers, you can set a time limit for your screen and examine your surfing history.

Monitoring social media networks such as Facebook, WhatsApp, Snapchat, and Instagram is possible with this tool. Users have the ability to view your social media activity and block the internet connection on your smartphone. Parents can filter the websites on which their children spend the majority of their time by using a parental control software program. To learn about a teenager's mobile-cellular network activity, users can record live phone calls and read text messages.

The parental control program captures screenshots and keystrokes as part of its function. In order to figure out how much time your child spends on each activity, it allows users to record the live screen of a cell phone using a special app.

You can use one of these tools to put in place parental restrictions and protect your teen from being addicted to digital media. Parents can watch their children's activities on cell phones, the internet, and social media platforms through the use of each product's parental monitoring features.

It is entirely free to become a member of The Parental Control Solution.

The younger generation is currently plagued by digital addiction, which is on the rise. It is the responsibility of parents to protect their children from the bad effects of technology, such as depression, anxiety, and loneliness, and to educate them about these issues. Parents must set up parental controls on their children's phones, internet connections, and social media applications that they have downloaded to their smartphones, among other things.