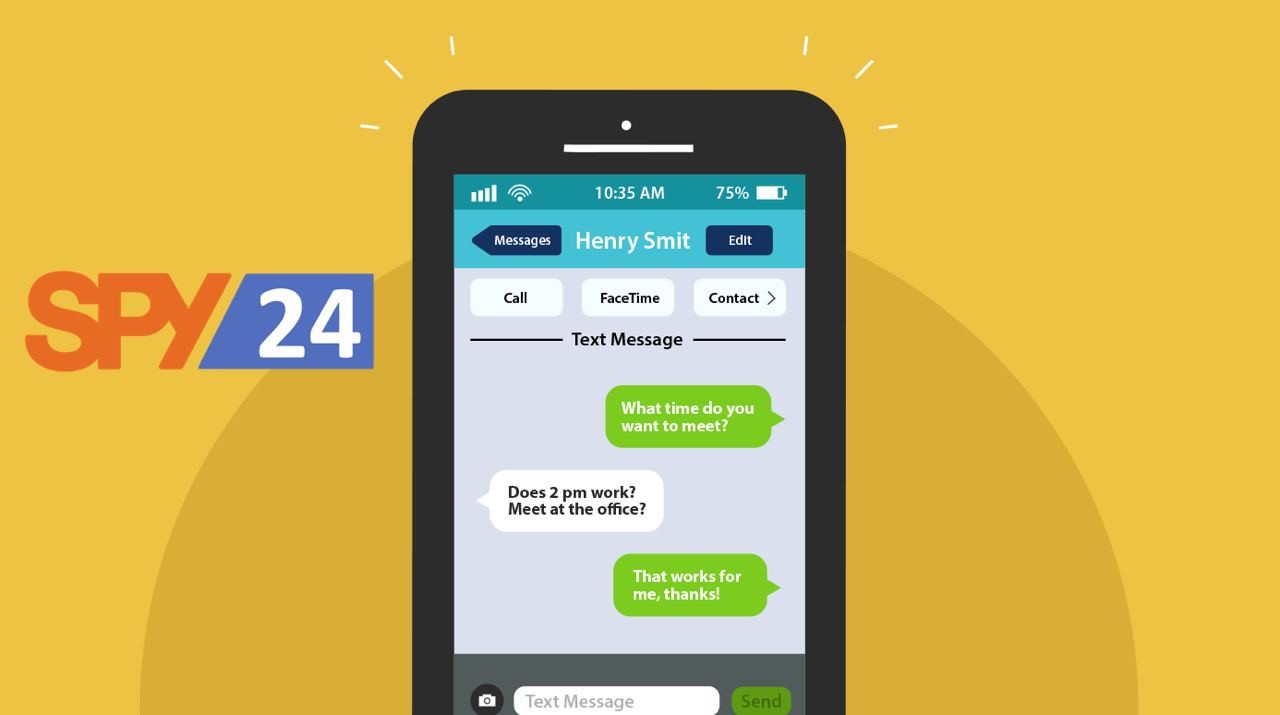 Have you ever had the impression that your child is keeping something from you? These days, the word "privacy" is used frequently by children. They believe that anything that is theirs should be kept private. Who they're talking to, who they're meeting, and where they're going is all kept a secret from their parents. Is this anything that bothers you? Do you feel insecure because you can't keep track of their whereabouts?

It happens to all parents on a regular basis, which is why parental tracking applications are growing increasingly popular. It's your own personal budgetary spy that doesn't need human intervention.

Why Are Spy Apps Better?

What makes spy app lications superior to human spies? Have you ever considered posing this question to someone? Let's look at some of the advantages of spy apps.

Allows you to keep track of text messages sent and received by your child's phone.

Allows you to keep track of your child's whereabouts.

It also features a spy camera so you can keep an eye on your child and see what they're up to.

Notifies you anytime they visit a restricted website, such as one that is not appropriate for children their age.

When they are doing something they are not meant to be doing, an alarm is sent out.

These are the advantages of using a spy app. When you have a person spying on your child, you are inadvertently delivering the message to them that they are being observed. This could actually work against you. In this circumstance, the youngster may become more private.

This is why surveillance applications are so much more effective.

More and more children are using the texting capabilities of their phones to interact with friends and family, rather than relying on phone calls. It's become critical to stay in touch with your youngster via text messaging if you want to keep an eye on them.

To comprehend what's going on in your child's life, you'll need to keep track of their messages, what's being sent, and where they're going.

Your text message monitoring mobile tracking program operates as a watchdog for your child's phone, alerting you every second.

Installing and using these apps requires very little effort. You only need to download them and connect them to your phone in order to be informed about your child's activities. With the tracking apps that are used to monitor text messages, you may even ban things on the phone that you don't want your child to use.

You must obviously keep the app secret; otherwise, if your child discovers what you have loaded on their phone, they will delete it. As a result, be cautious and keep the app concealed.

What Else Is There?

Tracking and monitoring SMS on your child's phone isn't the only thing your tracker apps can do. They're useful for a lot more than that!

You can keep an eye on, block, or even filter out websites that you believe are inappropriate for your child's viewing.

Set up alerts for sites that you believe are banned but that your child can access.

This tracking program also allows you to examine pictures and multimedia messages received by your child via their phone.

You may even prevent certain apps from being downloaded that you don't want your youngster to see.

Basically, tracker applications allow you to do more than merely watch your child's texting habits.

Apps for Tracking SMS on Android

In today's world, a mobile tracking application is critical. In today's cyber environment, parents must protect their children more than ever before. It is vital for parents to be able to observe their children's mobile activities and be aware of what they do, how they connect, and where they travel in order to do so. You may use Android monitoring applications to protect your children in advance. The availability of a tracking application for the Android operating system allows parents to monitor their children's mobile activity without encroaching on their privacy. This will allow parents to take preventative measures in the event that their children's safety is in jeopardy. Because they are aware that they are being observed, this encourages children to participate in immoral behavior.

If you're curious about your child's activities and want to know what they're up to or where they've been whenever they're away from home for a formal meeting? This android phone tracker app will assist you in locating your other half in a discreet manner. SMS tracker apps allow parents to pose as receivers while their children's phones operate as transmitters. Parents may listen in on what's going on around their child's phone and access the whole front and rear cameras once they've established a secure connection. The child is unaware that he or she is being tracked while operations are triggered by audio and video.

The Android Phone Tracker App is the ideal option for all parents' requirements. Parents can use this SMS tracker app to monitor text messages on their children's phones and check if they are abusing their phone privileges by sending or receiving SMS not permitted messages or engaging in inappropriate phone activities.

How Does This Android Monitoring App Work?

Apps for monitoring are simple to use. It takes less than a minute to set up the phone you want to monitor. The best part is that once you've installed the Android tracking app on your child's phone, you'll never have to touch it again. You will be able to view all SMS information, calling information, and frequently visited websites at any time from anywhere in the world, implying that it can work quietly in the background and monitor all cell phone activities, recording everything on the hosting server for you to view at your leisure.

Furthermore, you are not only able to watch your child's phone, but this technological advancement also allows you to do much more, such as read Android applications such as Whatsapp messages, Social Media (Facebook, Myspace, etc.) discussions, and so on. In a nutshell, SMS tracker applications are an all-in-one solution that is centered on the management level.

The most important need for using this android phone tracker is that you have a smartphone with a functional GPS location. However, most do not have GPS devices, and if yours does, you may either ignore your child's usage of technology or purchase a laptop that will operate. Then you must look for a cell Android Monitoring program that is compatible with a specific Android phone. When you have these two items ready, you may begin tracking your children's whereabouts.