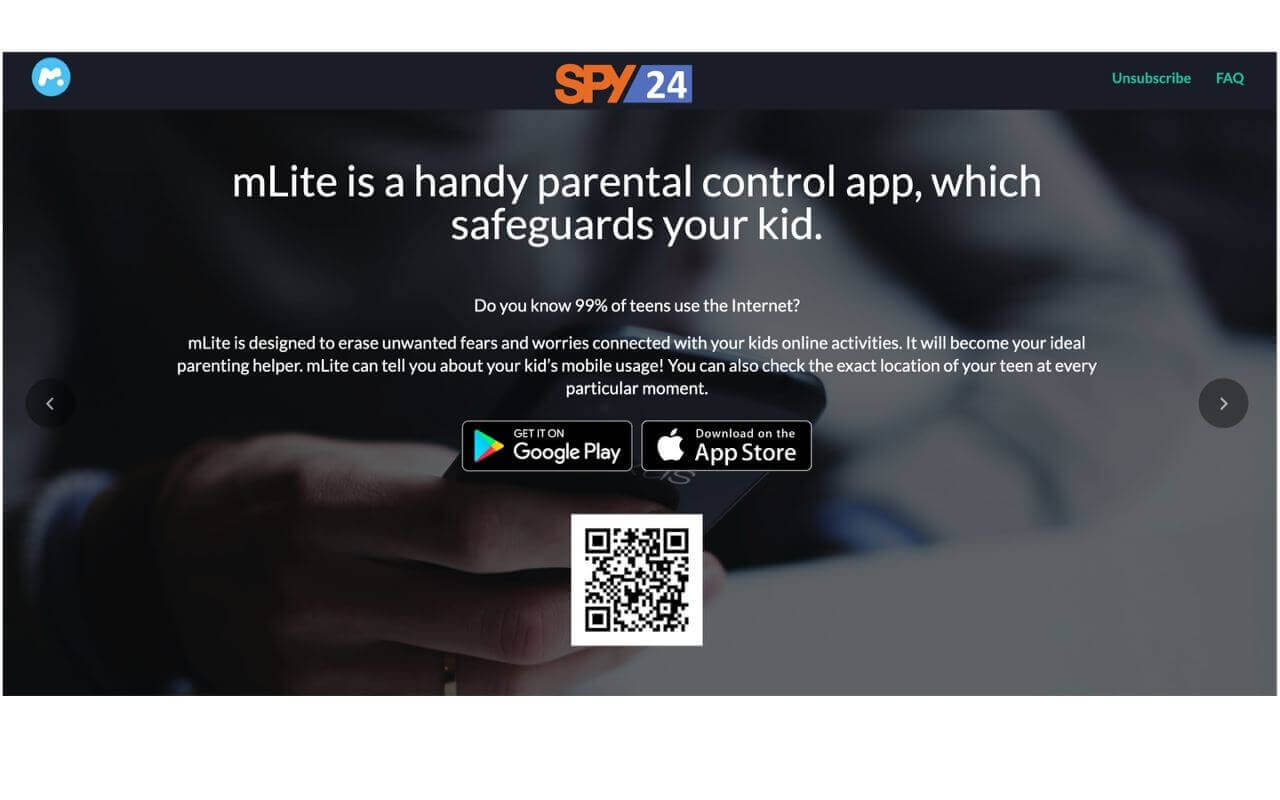 You may be surprised to learn that 99 percent of teenagers use the Internet.

mLite is a program that is aimed at eliminating needless fears and worries associated with your children's internet activity. It will quickly become your most valuable parenting ally. mLite may provide you with information about your child's mobile usage! Also available is the ability to track the precise position of your kid at any given time.

What it is and how it works

It's a really straightforward process. Install it on your device as well as your child's device by downloading it from the Google Play store.

Using this function, you will be notified if your child is in discomfort or uncomfortable, and if they request that you come to rescue them in an emergency or accident. When the panic mode on your child's device is enabled, you will be able to locate them immediately.

Monitoring applications that have been installed

It allows you to determine whether or not your child is using age-appropriate programming. mLite assists you in identifying any "hazardous" apps, such as those that are not suggested for immature individuals or those that you do not want your child to use.

Texting is a form of communication.

You will be able to view the text messages on your child's device, including the text content, the time and date, as well as the number that was sent to and received from.

You will be notified through email if your child enters or exits a specified location that you have set aside for them at a specific time. It provides you with the ability to know where your child is at any given point in time.

Call logs are being monitored.

You should know who your children call and get calls from so that you can avoid unwanted conduct from occurring. As an added bonus, you have the option of determining how much time they spend talking and when they do so.

Knowing your children's pals is an important part of parenting. mLite not only lets you see who is on your child's contact list, but it also lets you know who they have recently added to it.

Before you begin working with mLite, it is important to understand how it works.

Because mLite is visible on both devices, it aids in the development of mutual trust. There will be no surveillance, only attentive parental supervision.

mLite is a battery-saving application. Take command of the frequency of logs from your control Panel.

In an emergency situation, this is quite useful. Make your child's phone a panic alarm in the event of an emergency.

Monitoring your children's mobile devices may not be enough when it comes to keeping tabs on their whereabouts. It is critical to inform your children about important mobile safety issues and to talk about the dangers of mobile phone usage on a frequent basis. Talk to your children and interact with them on the internet.

Parents today, more than ever, must take proactive measures to protect their children from the hazards of the Internet. Children aspire to be popular on social media and frequently overshare personal information in order to achieve this goal. It is for this reason that online predators, cyberbullies, and digital scammers stalk children online in order to obtain this information.

Most monitoring apps have two versions: a complete version that can be downloaded from an official website and a limited version that can be downloaded from the App Store or Google Play. The full version is usually more expensive. The mLite variant of the SPY24 is a lighter version of the SPY24. In this article, we'll go over the features and qualities of the product.

SPY24 mLite, also known as Find My Family, is a limited version of SPY24 that can be downloaded for free from the app store on your mobile phone. This phone tracker is often referred to as the SPY24 family phone tracker because its primary function is GPS tracking and geofencing.

Google Play has already recorded more than 300,000 downloads of the mLite app, which has proven to be quite a popular app.

Find My Family (also known as mLite) is a GPS location tracker that is compatible with both iOS and Android mobile devices. The program is intended solely for personal use by parents and is designed to function as parental control software. Essentially, this implies that you will not be able to install anything on your child's cell phone without their knowledge.

mLite is a simple-to-use app that is available at a reasonable price: only $14.99 per month for a 12-month subscription.

What Is the Process of mLite?

It is possible for parents to get mLite straight from Google Play and then install it on the devices of their children. In order for children to be aware that you have installed a phone tracker, mLite will post a visible symbol on their cellphone to alert them.

mLite has a number of advanced features that assist parents in protecting their children when they are online. However, despite the fact that the software has fewer features than SPY24, it is still an effective solution for remote monitoring of another person's device.

In order to install mLite, you only need to complete the following steps:

Download and install the mLite application on your smartphone.

Select the child's device to which you wish to connect.

Start keeping an eye on things.

What Are the Advantages of mLite?

In addition to the fundamental monitoring functions listed earlier in this article, mLite offers the following:

The key feature of the SPY24 lite software is the ability to track a person's whereabouts in real time. It allows you to keep track of the whereabouts of your family members and sends you email notifications when they enter or leave particular zones. Additionally, the app displays date and time stamps.

In the event of an emergency, the mLite Panic Button provides a one-touch connection. Protecting your youngster from potential harm with this function is a safe and secure option. An SOS message can be sent at any time by pushing the Panic Button on the phone's screen, which is easily accessible to children. You will be notified as soon as the threat has been identified and the location of your child will be communicated to you.

If you aren't certain that you know all of your child's buddies, mLite will be of great assistance. The app allows you to look at the list of contacts on your child's phone without having to physically access the phone. Furthermore, you will be able to see the newly added connections.

It is only possible to use the following functionalities on Android-powered devices:

Monitoring of the Application

Aside from the ability to access contacts, mLite also allows you to check the call history on another person's phone. Parents can see who their children are talking to on the phone and can control how much time they spend talking on the phone and when they do it.

Text Messages Are Being Received

The fact that today's children prefer texting and chatting rather than making phone calls is not a secret. As a result, parents must keep a close eye on their children's text conversations. With mLite, you can see all of your child's sent and received messages, as well as the time and date they were sent and received.

What are the languages that mLite is capable of supporting?

Why Should You Consider Using mLite?

As the majority of children in the United States receive their first smartphone by the age of five, parents must seriously consider how to protect their children from the perils of the internet. The mLite app is an excellent solution that meets all of your needs.

Both parents and children will benefit from using the app. GPS tracking, for example, allows parents to keep track of their children's whereabouts in real-time. Preventing children from talking with predators and cyberbullies can be accomplished through SMS and phone log monitoring.

In addition, the app consumes less battery power than the complete SPY24 version of the software. Additionally, it is completely free for active SPY24 subscribers.

The bottom line is that mLite is well worth your consideration because it provides the important monitoring features you're searching for at an affordable price.