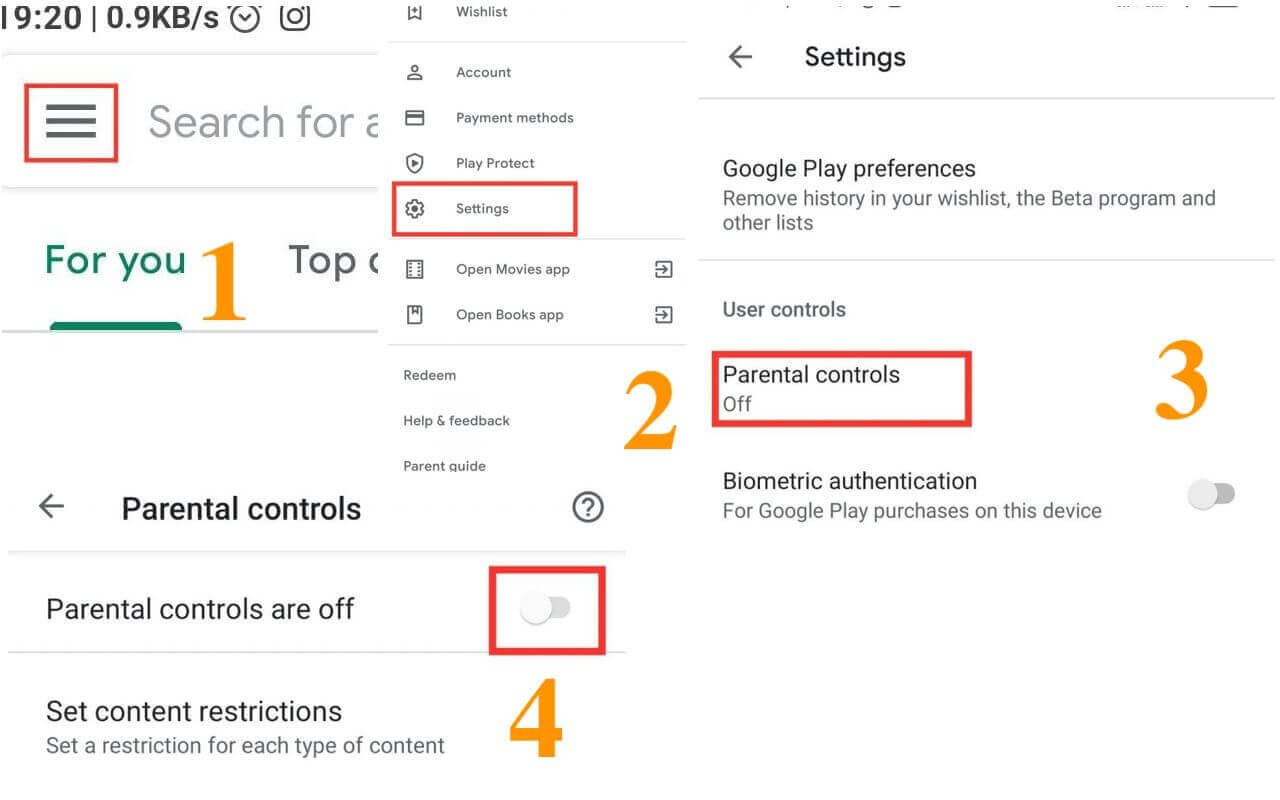 Children nowadays are extremely technologically aware. Even the smallest children are familiar with the usage of electronic devices and the installation of free applications on them. They, on the other hand, have no awareness about online safety and are prone to downloading enticing but potentially deadly material.

Some of the apps that children can find on Google Play may contain violent or mature content, which should be avoided. As a result, it is recommended that parents place limitations on the use of Android smartphones by their children.

In this article, we'll show you three different methods for restricting Android apps without your children's knowledge.

The Increasing Popularity of Android Apps as Measured by Google Play: The Data

Google Play is one of the most widely used mobile application stores in the world. It has a far larger number of apps than you may expect: over 3.5 million in total. The vast majority of those applications are offered for free download and do not adhere to any data security requirements in any way.

In case you're still not convinced that children have access to millions of apps, consider the following startling statistics:

So far, there are 3,430,919 applications available on Google Play. Non-gaming applications account for the vast majority of them (roughly 2,991,760). It implies that children have many more tools for interacting with strangers than their parents may think.

There are 3,315,922 apps available for download on Google Play, all of which are free. This means that the vast majority of them are no longer supported or updated.

Every day, an average of 2,964 new apps are made available to Google Play customers.

Google Play has been used by about 774,862 app creators to distribute their products. Some retailers are not authorized and sell unauthorized digital content, such as music and movies.

The majority of paid Google Play apps are less than one dollar in price.

What's Hidden Under Free Smartphone Apps That Seem Too Good to Be True?

Because the majority of Android applications are available for free, children are unable to resist installing them. While it appears to be a nice concept on the surface, utilizing an app to study and learn new skills is not without its drawbacks. Children, on the other hand, mostly utilize applications for entertainment purposes and do not give much thought to their safety.

It goes without saying that users' anxieties can be concealed by both paid and free applications. Free apps, on the other hand, come with more risks:

Malware. It is the most frequently encountered problem when using free mobile phone applications. Scammers can use the software to steal a user's log-in information as well as any data kept on a tablet or phone, for example.

Personal data exchange is prohibited. Some free apps are created by con artists who want to take your money. One of their goals is to intercept a user's information (such as credit card numbers and addresses) in order to steal that user's identity.

Disclosing the contact information Some apps require access to a user's phone's contact list in order to function properly. The provision of this information to a legitimate software provider poses no difficulties. Unofficial ones, on the other hand, make it impossible to determine who is behind them.

Try to track down your device. Some applications necessitate the activation of your current location. It can be risky for children because strangers can observe where they go on a daily basis.

Of course, there are a variety of other reasons why parents might want to conceal an app on Android. They don't want their children to make an unintentional purchase from an online retailer or gain access to an app that contains mature content.

In this case, parents may find it beneficial to learn how to lock apps on their Android devices.

How to Hide Apps on an Android Phone: Three Simple Methods to Make It Simple

1. Using Spy24, you can restrict access to Android applications.

Despite the fact that the two systems outlined above offer several advantages, they are not without flaws. Their most significant disadvantage is the inability to remotely monitor a child's app usage on a mobile device. As a result, we recommend that you use a parental control program.

You can also use the official SPY24 monitoring app, which is compatible with both smartphones and tablets, as an alternative. Monitoring a child's online activities in real-time, logging their keystrokes, and locking the Play Store to prevent them from downloading adult-oriented apps are all possible features of the program.

Setting up SPY24 on an Android-based device is simple: just follow these steps.

Sign up for SPY24.app by visiting the website. Always use a genuine email address when submitting your application.

Subscriptions are available for purchase; simply wait for the installation instructions to be provided to you.

Installing SPY24 on your child's smartphone is as simple as following the instructions you've received.

With a smartphone, you can access your SPY24 dashboard from anywhere and start monitoring it right away.

Numerous Android applications, such as gaming and communication programs, can be found on Google Play. It appears to be quite difficult to hide or lock any single basic app that you don't care for. So, what do you think about limiting the source?

If you're wondering, "How can I lock the Play Store on my Android phone?" Use the fundamental Google Play parental settings to your advantage.

Open the Play Store on the device that your child is using.

Select a menu from the drop-down menu.

Select Settings from the drop-down menu.

To turn on the feature, move the toggle to the top right of the screen.

Create a PIN code for yourself. You require it in order to prevent your child from tampering with the settings.

Select apps and games from the drop-down menu and apply the appropriate limitations.

Another method of preventing children from accessing potentially dangerous apps is to enable Restricted Mode on their Android devices. It should be noted that the feature is only supported by tablets and that a restricted profile cannot be created on a cell phone.

Take the following steps to set up a restricted profile on your child's tablet computer:

You can gain access to your child's Android tablet.

Add a user by going to Settings > Users > Add User.

Create a PIN code to protect the newly formed profile and keep it safe. Don't forget to give it a name.

The list of applications installed on the tablet can be found on the new screen that displays. To restrict or allow access to an app, choose it from the list and press the On/Off button. If you require more than one profile, you can do so.

Why Is It Beneficial to Use SPY24?

You should give SPY24 a shot if you are still undecided about which approach to employ. Not only will it allow you to block your child's access to specific apps, but it will also provide you with sophisticated reporting about your child's other online actions as they occur.

You can use SPY24 instead of Android's parental controls to keep track of your child's whereabouts, visited websites, phone calls, text messages, and calendar entries.