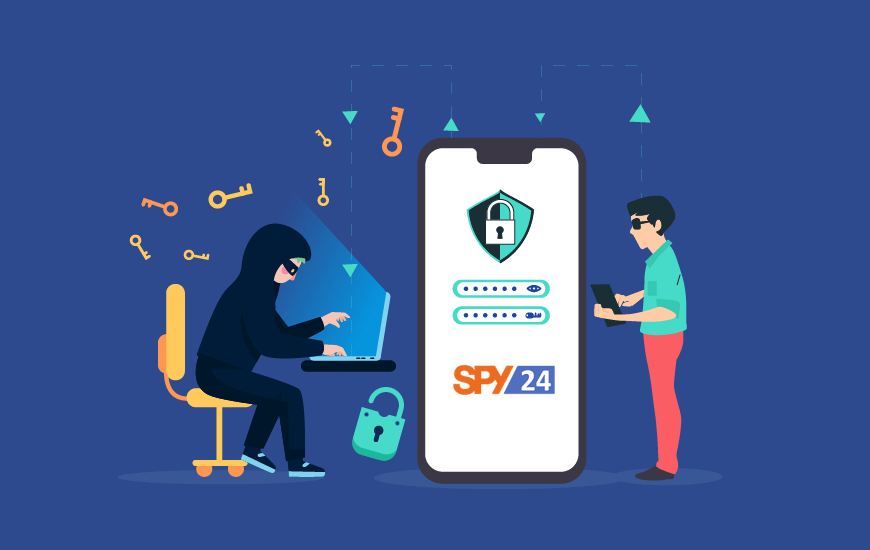 In today's digital and advanced world, where the Internet is a major part of people's lives, it will be difficult to maintain job security. Due to carelessness and lack of attention to security issues, your personal information may fall into the hands of strangers and be misused. Ransomware, DDOS attacks, social engineering, and various fake pages are security threats that have exposed cyberspace users to hacking and misuse of their personal information over the years. Many people just install various antivirus software to get rid of these problems. But installing antivirus alone cannot respond to this volume of attacks, so you have to think of another solution. In this article, we are going to talk about spyware blocking programs that have been created in this regard and see if these programs prevent you from being hacked or not.

What is a spyware blocker?

It should be said that users are one of the main and most important factors in maintaining and improving their security. If every user has higher computer and communication literacy, they can work in virtual environments with more security.

Introducing the best spyware blocker apps for iPhone and Android

Here is a list of cell phone spyware blocker programs that you can use to maintain your security in cyberspace along with the use of antivirus to some extent.

How to increase your security in cyberspace along with the use of spyware blocking programs?

Many seemingly simple but destructive emails are carried out by cyber-attacks. The anti-hacking software on your device may not be able to detect such messages, so it is up to you to act on these messages.

During the deceptive act of phishing, victims are sent emails that persuade them in any way to enter fake websites, for example, under the pretext of updating personal information. After the victim enters a fake page, he is asked for information, and this information is stored by the hacker and will lead to widespread scams. These fake pages, which are very similar to the main login pages of a site or social network, are found everywhere, such as the Instagram social network fake page, and you should be very careful about them.

The best way to avoid this e-mail scam is to carefully check the sender's address and check with your previous information to make sure it is exactly what you think. You can also check his IP address to be surer. To check the IP, you can select the Show Original option in Gmail, and in this case, view the basic email information, including the sender's IP address. Then type this IP address in Google to get the source of the email sent and information about where it was sent.

You may be sent messages that contain links. Not all anti-hacking programs can guarantee the accuracy of such links. Therefore, you should be very careful with such links, especially in messages sent by unknown people. These links will take you to unreliable and fake sites. For example, a website may fraudulently recreate the form of a reputable website that you trust, thereby trying to phish and steal your information, or transmitting malware to your device.

Before clicking on any link, it is best to check it carefully first. You can use tools like URL X-ray to identify the nature of the link. Sites encrypted with the HTTPS protocol that have this phrase at the beginning of the address, as well as a lock icon next to their address, generally have the necessary security.

It should be said that only when you are 120% sure of the attachments and the sender, open it because hackers can easily penetrate malware code by opening viral attachments to your device, in which case it will no longer work. Outdated and even anti-hacking programs cannot reach you.

So it becomes difficult and sometimes even impossible for hackers to hack an email or account that uses this feature. So try to use this two-step authentication system in your email and other user accounts that have this possibility and help maintain your security.

To create a strong password you need to use uppercase and lowercase letters, numbers, symbols, and punctuation the password. Using easy passwords such as year of birth or a series of letters in a row on the keyboard is quite predictable and achievable, so be sure to take this advice seriously. Never use passwords that refer to your personal information such as your first and last name, date of birth, or the name of your spouse and children. Also, keep in mind that you do not save your passwords on your mobile or computer and try to use different passwords for your different accounts.

There are tools like LastPass that you can use to securely store your passwords and easily remember them when needed. It is better to change the password of your important user accounts such as email and bank accounts periodically and in a short time.

Anti-hacking software cannot help you here because it is you who decides whether to publish information about yourself in cyberspace or not. If you do not want anyone to have access to your information, never publish it anywhere. Anything that goes online will also have the ability to be published publicly online. Insecure cloud spaces (online storage) can be considered one of the ways of disseminating information. It does not matter if the owner of a cloud space claims to be very secure and there is no way to penetrate it, but it is important to keep in mind that you should not let others watch your privacy.

Wi-Fi traffic in the best and most well-equipped public places in the world can also be easily attacked by hackers. When you connect to public Wi-Fi such as restaurants, hotels, science centers, and conferences, you should be very careful not to do your work such as going to bank account pages while using this free public Wi-Fi because passwords and personal information You can easily fall into the hands of hackers. Therefore, it is better to postpone doing such things until you use a secure home network because there is no trust in the security of this connection.

If you have to make an online purchase through a public Wi-Fi network, it is better to use a virtual private network ( VPN ) because this way the communications will be encrypted, and find out what internet browser you are doing. And it will be difficult for hackers to exchange what kind of information you are.

WindowsSpyBlocker is an application that is written in Go and comes as a single executable file. It stops Windows systems from being spied on or tracked.

The goal of this project is to use a set of tools to record and understand network traffic. Rules are made and put in order by assignment based on how services interact with each other and where traffic comes from or goes.

Uses of WindowsSpyBlocker in projects

WPD: Make changes to Group Policy, Services, and Tasks, which are in charge of collecting and sending data.

The MIT license says what you can do with this project.

Review of the Windows Spy Blocker

Windows Spy Blocker is a set of rules for the firewall, host file, and Proxifier that are always being updated to stop Windows 10 from calling home.

Even though Microsoft collected telemetry data in earlier versions of the Windows operating system, it did so more often after Windows 10 came out.

Most telemetry data settings are turned on by default, and while there are ways to turn off some settings, some can't even be turned off in the settings for the operating system.

Microsoft says that collecting this information is for the greater good because it helps Microsoft improve the product for the user.

There is some truth to that, but it is not the whole story. Since no one knows what Windows 10 PCs send to Microsoft regularly, some people prefer to block all connections to Microsoft servers.

In the past year, a lot of tools have been made to help people who use Windows 10 protect their privacy. You can start by looking at our comparison of privacy programs for Windows 10.

The person who made Windows Spy Blocker found the rules while running Wireshark on a Windows 10 Professional system.

The download includes both the latest set of rules and a batch file that updates the rules files.

You can copy and paste the information directly into the Windows hosts file, which is under C: WindowsSystem32driversetc, or you can use hosts managers, which may be easier to use and have extra features like backing up the host's file or restoring a previously backed-up copy.

The batch file is part of the firewall directive. When you run it, you can choose from several options, such as downloading and adding rules from the GitHub repository or adding or removing rules so that Windows Firewall can use them on the computer.

Even when they are added to the host file, some hosts are still not blocked. The author of Windows Spy Blocker says that you should use a top-level application like Proxifier instead. This set of rules is made for that purpose.

You can also block hosts at the router level or use a hardware firewall if one is between the device and the network/Internet.

Windows Spy Blocker has a set of rules that can be used to stop Windows 10 devices from calling home. Even though you might want to use them all without verifying, you should make sure you don't block services or features you need or use.

This includes Windows Update, and this is especially true if you don't have any other way to update the operating system on the device.

You can get the full version of Windows Spy Blocker 4 standalone offline installer for free. It is a set of rules that can be used to stop Windows spying and telemetry by using a variety of tools to track traffic.

Anyone can join, and if you want to help, you can look at the Wiki. Most harmful content is now spread through the information superhighway, so it's important to take your security measures seriously.

Antivirus software alone can't keep up with everything going on, which is why programs like Windows Spy Blocker try to make things easier by blocking access to potentially dangerous domains.

Information about the system and how it works

In addition to using spyware and anti-virus blocking programs to prevent hacker attacks and hacking, there are many other solutions that you can follow to implement and implement them to a large extent to protect yourself from hackers. Blocked your device and access to personal information. So if you care about your security in cyberspace and when using the Internet, pay attention to the solutions mentioned and be sure to use them.