Techniques for Spying on Android Without Being Caught 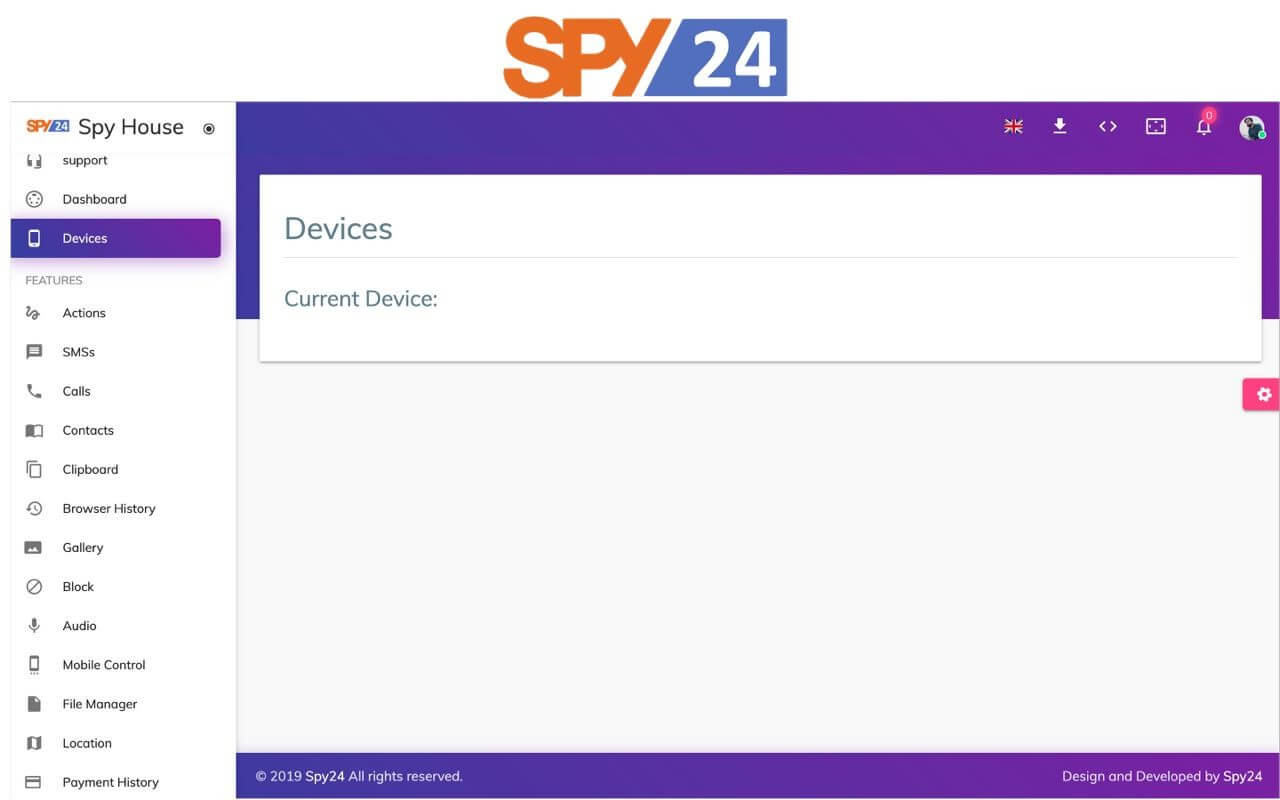 Look at the finest strategies for spying on, monitoring, and tracking any Android phone without being noticed in this article. In order to attain the best results, you must be able to read and act concurrently.

An attempt is being made by unscrupulous individuals to spy on Android without being caught. However, it is unlikely that they will be able to secretly monitor the smartphone devices of their targets. The frustrated mind would not tell you about the most effective methods for discreetly monitoring and tracking telephones and other electronic devices. You must be aware of the events that take place on the target device in this situation. We'll go through eleven failsafe and incredibly successful methods for spying on Android phones in this article. In order to attain the best results, you must be able to read and act concurrently.

So, why would you want to be able to spy on people's cell phones without being detected?

Spying on Android phones is something that a large number of people, notably parents and business professionals, look forward to. Thousands of hours are spent hooked to their phone displays by young children who are addicted to their phones and the internet. They come into contact with strangers, cyberbullies, and sexual predators when using the internet. Employers want to keep track of how their employees are using their company phones during business hours. As a result, for the sake of their children's safety and the protection of commercial trade secrets, parents and bosses must secretly monitor their children's phones.

When it comes to spying on Android without being detected, what are the most effective methods to use?

Here are some techniques for monitoring and tracking any cellular device without being detected. Examine each strategy in turn, beginning with the one that is described below:

A GPS tracker that allows you to spy on Android phones without the users being aware of what you're doing.

GPS position tracker is one of the most effective phone tracking applications available since it allows users to gain access to another Android phone without the user's knowledge. It enables users to keep track of the target device's current GPS location in real-time. Additionally, a live GPS tracker may be able to monitor the target device's position history surreptitiously while in use. Using Android GPS tracking, you can track your phone even if the target phone does not have a GPS, by sending text messages to the target device. Cell phone location tracker is a covert and undetectable android spy app that tracks the position of your phone.

Keep track of the GPS location history of the target device.

You can trace the location of your phone even if it is not equipped with GPS.

Determine the route map for the destination phone.

To record the screen of their phone without their knowledge, you can use a screen recorder.

It is one of the few Android spying applications that allows users to view a target phone in real-time, and it is available for download from the Google Play Store. On any smartphone, users can download and install a screen recorder, which will allow them to capture a series of short videos in real-time and submit them to the screen recorder's dashboard for later viewing. Users can watch the videos and gain an understanding of what the phone user is doing on the phone's screen. Android screen recording allows you to keep track of all of the actions that take place on the screen of your mobile device in real-time. The actions of their children and employees can be monitored without the parents or employers being aware of their presence.

Listen to the noises coming from the phone's surround sound system.

Conversations taking place in the immediate vicinity of the phone can be recorded and listened to.

Keylogger software allows you to track an Android device without having to use the target device itself.

Want to track and monitor non-verbal communications, passwords, and social media debates on cell phones? Text messages and social media discussions on cell phones are all possibilities. Installing keylogging software on your Android device is simple and straightforward. In addition to being able to record and capture keystrokes on an Android device in real-time, it also allows users to sync data from applied keystrokes to a dashboard without needing to use the target phone. Users can keep track of their browsing history by recording the keystrokes they make when using their Android browsers. Keystroke surveillance also allows you to read sent and received text messages, social messaging conversations, as well as emails that have been sent and received by others.

Take screenshots of text messages and key records to save as a backup.

Keystrokes from instant messaging conversations can be captured.

Instant messaging, emails and lock screen passwords can all be recovered. keylogger

There is a camera bug in Android phones, which allows you to spy on them without being seen by the owners.

The camera bug is one of the most powerful ways to spy on Android phones since it can be hidden in plain sight. A malicious program can be installed on the target device and then used to bug the front and rear cameras of the phone in order to record 360-degree views of the surrounding area. Photographing the environment around the phone and transmitting it to a web-based control interface is known as camera bugging. Users can download data from the dashboard and watch recorded videos to gain a better understanding of what is going on in the immediate vicinity of the target device. Parents may install camera bug software on their children's and employees' phones, allowing them to track their every move in real-time without them knowing.

The front camera of the target phone is under your control.

Hack the back camera of the target device to gain access to its contents.

Social media spying is a method that allows you to acquire inconspicuous access to another Android phone through the use of social media applications. Without the need to root Android devices, IM's spy tool allows you to monitor the activity records of popular instant messaging apps such as Facebook, WhatsApp, Snapchat, and Viber without having to install any additional software. Users can keep track of text messages, chat chats, audio-video call records, images, videos, and voice messages that have been shared with them by other people through the application. One of the most effective Android spying tools for discreetly monitoring social media data is Spy Apps for Android.

In addition to being one of the most comprehensive Android spy apps available, Call History Tracker also allows users to schedule the monitoring of their phone's call histories. On top of that, customers can track and record incoming and outgoing calls on their Android phones in a discrete and distant fashion. You can monitor call logs and real-time caller location without revealing your existence to the phone users who are the object of your surveillance. It is necessary to install covert call history monitoring software on your computer. For both parents and company owners, conducting comprehensive surveillance on their children and employees is a wise decision.

Text message monitoring apps allow users to monitor text messages on cell phones silently and without gaining access to the target device using third-party software. You must, however, install phone spying software that automatically monitors all text messages sent and received on your phone. Android device owners may go into chat conversations to see what their children and employees are doing while connected to the cellular network. Using a text message spying program, you can acquire unobserved access to the target device, allowing you to view all of the texts that are sent and received. You must use phone tracking software that is both discreet and impenetrable.

The browsing history tracker for Android allows you to keep track of all of the websites you have visited, as well as their names and URLs. Customers who use Android can examine their browser history without the target person being aware of it, and the information is kept buried on the phone. You may examine websites that are frequently visited as well as web pages that you have bookmarked. Keeping an eye on their children's Android phones is a good idea for parents who want to keep them from accessing inappropriate websites such as pornographic content, online gaming, and dating sites.

Remotely monitor the screenshots taken by another Android phone.

Using screenshot spying, users can install a program on a target phone and set up a huge number of screenshot collection operations without alerting the person who is being spied on. An application that takes many screenshots of a mobile phone screen and uploads them to the user's control panel is called Screenshot Capture Tool (SCT). In order to find out what the target user did on the target mobile phone device, you can connect to the online control panel and look at the screenshots that have been captured.

Among other things, we looked at single-feature spy software that allows users to track their browsing history, keylogging, call history, instant message logs, GPS location, and other activities. With the help of the finest cell phone spy software for Android, you can keep a close eye on your phone to the greatest extent possible.

Which Android spy app is the most effective for monitoring without being detected?

It is one of the few Android surveillance apps that can be used without the target device's owner's awareness, making it a unique product. A number of characteristics that are more frequently seen in single-feature espionage programs are included in this software. In order to monitor a phone remotely and without being noticed, SPY24 is the best spy application available. It is a non-rooted spy tool that allows parents and companies to monitor their children's and workers' smartphones without having to root their devices. It's simple to set up and administer through an online dashboard interface. It is reasonably priced and is compatible with Android OS version 12.

SPY24 is a surveillance tool that allows you to monitor and track Android phones without being detected. It is available for both Android and iOS devices. Everything you'd expect for secretly spying on a cellular device is included in this software application. In terms of implementing parental restrictions and monitoring business devices, it is the greatest spy software available.