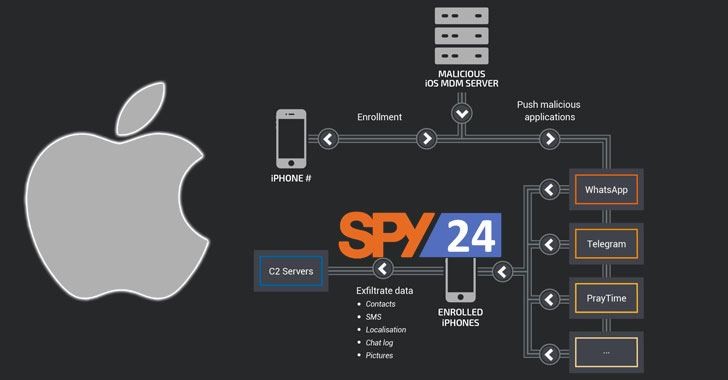 Discover the most effective hacking applications for iPhone and Apple devices. I've tried and tested iOS hacking apps so you don't have to. So your youngster has a nice new iPhone, but there is a problem. You're curious as to what they're talking about on the phone. I know what it's like to have teens running around the home, always on the phone, and I'm not sure what makes them so amusing.

But, in any case, I looked into it and was astounded by how powerful these hacking applications are.

Because there appear to be a million different iOS hacking apps that all perform various things, I began to wonder how I might get into their iPhone without their notice because they seem to be within two feet of it at all times.

Perhaps you don't have any children or adolescents with phones, but you do hire individuals and want to make sure they aren't using their work phones for anything that could get you into problems.

So, whatever of the two it is today, I'm going to show you the three finest hacking applications for iPhone and Apple devices so you don't have to go through the agony I did. In addition to this essay, I have a guide on how to spy on an iPhone that you should read.

Check out my list of the Best Android Phone Hacking Apps if you're an Android user.

And don't be alarmed when I say "hack." You don't need to be a genius or have any computer or hacking experience. In fact, I'm very sure anyone above the age of ten could utilize these apps, so let's get started with the first iPhone iOS hacker software, shall we?

Just keep in mind that we only discuss legal and ethical mobile phone hacking on this page, which is intended to monitor your own children and employees who use company cell phones!

SPY24 is the first iPhone hacking tool I'll look at. I've been using SPY24 on test phones for years, and the thing that sets it apart is easy... Consistency.

This is without a doubt the best reliable phone hacking app on the market, and believe me, I've tried a bunch. They keep it updated to stay up with all of the new anti-hacking software and iOS security app releases, which is very useful.

You can see texts and phone call history using SPY24, but that's not all.

See that article if you're seeking a Facebook hacking app. It's no surprise that SPY24 is the winner!

SPY24 is one of the few iOS hacking tools that can crack a Snapchat password and account.

It also includes more essential features such as email and Gmail access, a GPS system, the ability to ban specific numbers and websites, and access to their search history even if they "delete" it.

SPY24 capabilities allow you to hack into someone's phone and view all of their photos. You'll be surprised at what kids share online... and how they put themselves in danger!

This spy program also offers an iPhone version that does not require jailbreak. It enables you to hack an iPhone without the need to first jailbreak it. This also means that in certain conditions, spy software can be used without having access to their phone.

Overall, I believe SPY24 is your best option, however, there are some capabilities that the other two programs offer that you may find vital for what you want from hacking service.

If you're interested in learning more about SPY24, check out my full review in the reviews section.

Before I go any further, you might be wondering why I'm only informing you about three hacker programs today when there are probably hundreds promoted, some for "free."

Let me tell you something: a service like iPhone hacking will almost certainly not be free.

To lure you in, these websites usually plaster the word "free" all over the place. Many people fall for it, but you won't because I'll explain how it works, which is extremely simple but powerful.

So, if you click on a link that says "Click here to obtain your free iPhone hack right now!" it is chevalier and clicking that link will transport you to another website, which will pay them.

Once you've arrived at that website, you'll be asked one of two questions, none of which are relevant.

One: They'll invite you to participate in a thousand surveys that will require your email address. They then send you a bunch of spam and, surprise, surprise, there is no iPhone hack.

Two: They ask you to download every shady program in the app store, which either installs malicious malware on your phone and computer or asks for your email again to enable the hack, resulting in the same spam email procedure.

Isn't it at all what you're looking for?

Be wary of fraudsters that claim to be able to hack your iPhone using only your phone number. This is also not doable.

So now that you're aware of the frauds and false free hacker apps, I'll move on to my actual iPhone hacking tools.

This one is almost as good as SPY24, but it has a few distinguishing features. I'll begin with the cost. SpyFamily is more expensive for a purpose, which I'll explain.

The ability to listen to and record live calls.

This is only available on the SpyFamily Extreme edition of their software. It allows you to listen in on live calls and record all calls made to or received from specific numbers.

This capability also works with VOIP calls, which are calls made over the internet using apps like WhatsApp and Skype. Very effective!

I can think of a number of situations when you might want to listen in on a phone call that is taking place in another room but couldn't hear anything over the wall.

You may be on the other side of the planet and still hear the phone call with SpyFamily. Isn't it practical?

Now, clearly, that is quite an advanced piece of technology, and not many apps would have it, so the price does go up a bit, but in my opinion, it is very good tech that works well and is well worth the money.

One thing to keep in mind is that there is no No Jailbreak version of SpyFamily. This implies you must be able to jailbreak any iPhone and install the software directly on the target device in order to hack it.

If you don't want to pay that fee but still want SpyFamily, you can pay for a lesser version that includes all of SpyFamily's current capabilities minus the keylogger capability.

SpyFamily is quite similar to SPY24; however, it lacks the same number of social media apps as SPY24.

If you want more information about costs or other features I may have overlooked, check out my comprehensive SpyFamily Review. Because of its advanced functionality, this remains a popular iPhone hacking platform.

Now for the third and last program that will assist you in hacking an iPhone.

T-SPY iPhone Hacker T-SPY is a cross between the two, but not quite as good. That is unfair, though, because it is being compared to some of the greatest hacker programs today.

T-SPY does not have the keylogger capability or as many hackable apps as SPY24, but it is less priced and still works well when it comes to hacking iPhones and Apple devices.

T-SPY, on the other hand, has a good no-jailbreak version for hacking iPhones. If you're on a budget, it's still worth a look!

T-SPY, like SPY24, has a version of its app that does not require jailbreaking. In the past, jailbreaking was required to install a spy app or a hacker app on any iPhone or Apple device. This new No Jailbreak approach allows you to monitor a target iPhone without having to jailbreak it.

This was a big step forward, as the most recent versions of Apple's operating system are now difficult to jailbreak. This made hacking any contemporary iPhone impossible... until SPY24 released their no-jailbreak version.

It is not the same as the full version program. On the phone you wish to hack, no software is installed. Instead, the system monitors the phone's automated, frequent backups created with iCloud, Apple's free cloud storage service.

There are some restrictions:

Backups must also be enabled on the phone (which you can do yourself).

It's also a good idea to disable two-factor authentication to avoid receiving email alerts every time the system reads the backups.

All non-jailbreak versions have some limitations in terms of reporting. For example, you won't get real-time GPS tracking. Things are not reported in real-time – unlike the full version hacking program version – because all reporting is based on changes in backups.

Overall, the current version of the iPhone and other Apple gadgets still provide a great monitoring option for worried parents.

As always, I have a comprehensive piece on the best-selling spy software programs that compares the three discussed today and provides pricing information if you are contemplating purchasing a service, so check it out if you are interested.

So that's pretty much all for the top iPhone hacking applications. Didn't I say it was going to be simple?

If you have any unanswered questions, I'm confident you'll find them answered in one of my previous articles about the apps covered today.

Thank you for reading my essay.