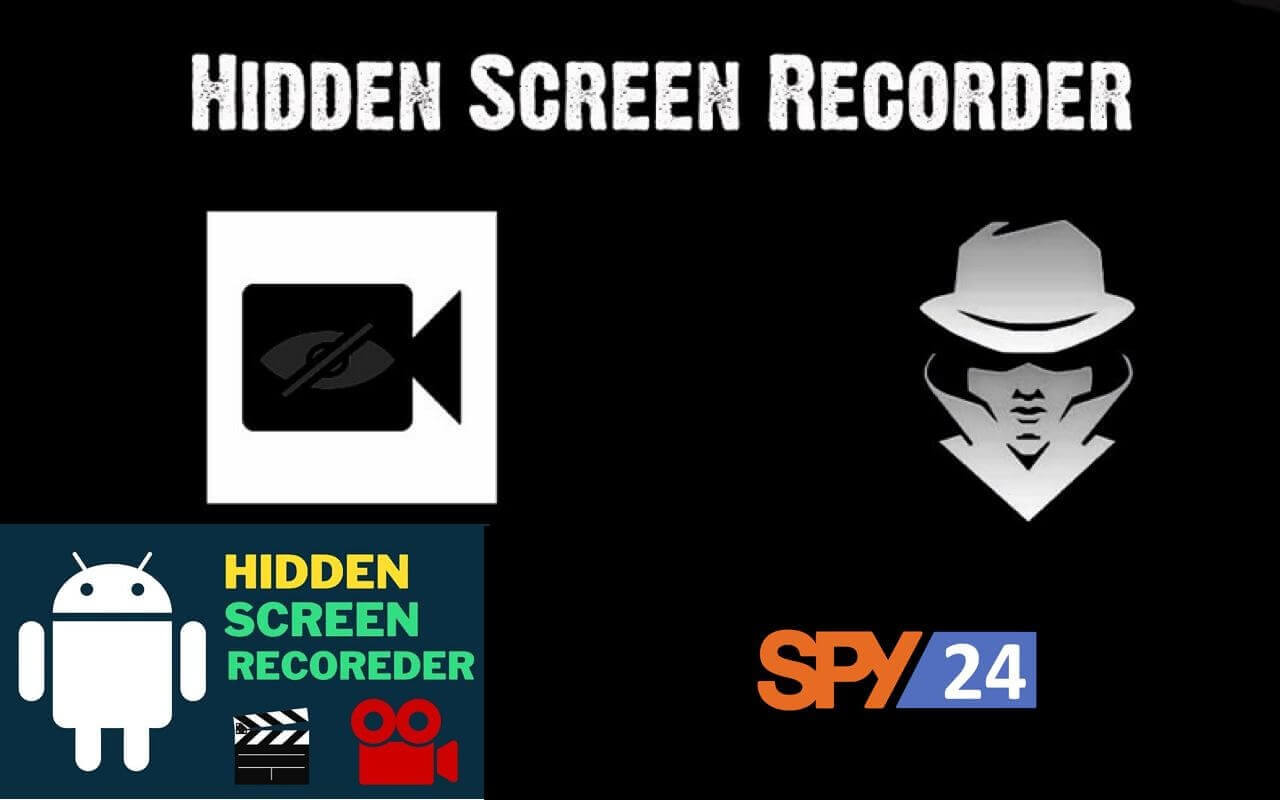 Phones are intended to be used in private. You may, however, need to share the content on your screen or view it on someone else's screen from time to time. In this case, you can use an Android screen recorder that does not require root access.

If you're looking for the finest screen recorder for Android, we've got you covered no matter what phone manufacturer or model you have on hand.

The Reasons Why People Use Screen Recorders

Whatever operating system you're using, you'll be able to find a solution that works for you.

However, not all phone screen recording applications are created equal. There are screen recorder programs that are concealed from view and others that are visible to anyone who looks for them. Which one you choose will be determined by the purpose for which you intend to use the screen recorder.

The following are the most popular applications for recording an Android screen:

Create instructional videos. Perhaps you are a professional with your own firm who is attempting to demonstrate how to utilize your product on YouTube to gain more customers. Or maybe you're just trying to explain to Grandma how to set up her email on her new phone, and you're running into trouble. Whatever the situation, a screen recording app for your phone is unquestionably the best solution.

Save a video that you can't seem to get to save natively on your computer. You're familiar with the procedure. Someone has sent you a link to something fantastic they found on the Internet, and you want to share it with your pals. However, you don't necessarily want to provide them with a link to the website, most likely because the video is buried deep within the content of the webpage.

As a result, you attempt to store it on your phone. Unfortunately, there isn't a way to accomplish this. That's when a secret screen recorder comes in handy. Additionally, it comes in handy if you want to save a video from a social networking site, such as Facebook or Instagram.

Make a note of the specifics of the talk. You attempt to email the screenshots in chronological order, but they arrive in a jumbled mess, leaving everyone perplexed. That is why using an Android screen recorder without root access is the best option. Simply launch the app, press the record button, and browse carefully through the discussion. Then send it to the person you'd like to share it with via e-mail.

After having a particularly intriguing chat with a friend, you feel compelled to share it with someone else (don't worry, we won't condemn you). In addition to text, GIFs and videos are used extensively in the discussion. You could save a slew of screenshots, but doing so would take an inordinate amount of time. Plus, you're familiar with how things work.

Our Picks for the Best Android Screen Recorders That Aren't Detectable

SPY24 (Spyware Detection and Removal) is a program that detects and removes spyware.

In your search for the finest hidden screen recorder for Android, you'll want to place SPY24 at the top of your list because it's the most effective. However, it takes things a step further by allowing you to see what's on the screen of a device that does not belong to you, rather than only your own. Installing SPY24 on your child's phone allows you to keep an eye on their conversations and activities while also keeping them safe. What's the best part? It's fully concealed, so they won't even be aware that you're using the app and capturing their every move.

Due to its popularity, DU Recorder has amassed over 10 million downloads, making it one of the most popular Android screen recorders on the market. Editing your movies is simple with this program, and you can do anything from editing them to inserting graphics, adding music, and even eliminating center areas. Always bear in mind, however, that a watermark is displayed on every video clip that is captured.

With a rising number of new users, it is becoming increasingly clear that eyeZy is an excellent choice for a covert screen recorder tool. This one continuously takes snapshots in the background so that you are always aware of what's going on and can be confident that your youngster is safe and secure. Want to find out exactly what someone said during a conversation? Or, perhaps, you'd like to see the texts that were deleted in a hurry. You can be confident that eyeZy will enable you to achieve your goals. And it accomplishes it all in stealth mode, which is the frosting on the cake.

When it comes to hidden screen recorder apps, this one is one of the smallest and takes up the least amount of space on your device. It's small and lightweight, but it accomplishes a great deal. You can save the videos that you record with the Android screen recorder at a variety of different quality levels and resolutions depending on your needs. Because Mobizen is ad-supported, you should know that you will have to watch ads a lot in order to use the software. There are, however, in-app purchases that may be made to remove the advertisements.

AZ Screen Recorder is a free program that allows you to record the screen of your phone on your device. Take screenshots, record videos, and even start a live video session with this application. All of your saved films and photos may be viewed and edited directly within the app. It appears to be a convenient solution, doesn't it?

It should be noted, however, that AZ Screen Recorder is an ad-supported application. If you want to be free of advertisements, you must purchase an ad-free upgrade.

6. Super Screen Recorder is a program that records screen activity.

The Super Screen Recorder app for Android is very similar to the previous one in terms of functionality. It combines the ability to capture movies and images with extensive editing capabilities. You can, for example, adjust the resolution of your videos, add music, convert videos into GIFs, and merge or cut all of the stuff you've captured into a single video.

You can use the pop-up overlay to capture a video, experiment with the live video capability, or take advantage of the front-facing camera window to your advantage.

If you're using Android 10 or later, you may now record the screen directly from the system without having to install an app. As there are different steps depending on the model of phone you're using, they will not be covered in detail here.

There are a variety of approaches you may take to get an Android screen recorder no root app up and running, and the steps you must follow will vary depending on whatever solution you choose.

In order to use an excellent secret screen recorder for Android like SPY24, you must first download and install it. Installation instructions are below.

Select your SPY24 subscription plan from the drop-down menu.

Instructions and installation links will be sent to you through email.

Install the screen recorder app on the phone that will be used to record the video (the instructions vary based on what type of phone your child might be using).

To access your control panel, log in. The recordings of their screens will be available, as well as other information such as their social media discussions, online history, location, and other details about them.

Here's Why You Shouldn't Trust A Free Android Screen Recorder.

The chances are excellent that if you've spent some time looking for a phone screen recording app, you've come across a lot of free options. We strongly advise you to avoid all of them at all costs. Moreover, we are not recommending this as a means of encouraging you to use commercial products.

Basically, we're suggesting this to keep you from becoming a victim of identity theft.

The finest screen recording apps are, for the most part, commercial applications. The developers who designed them have a good reputation, and the companies for which they work have stringent privacy rules in place. The developers of that free program that allows you to surreptitiously record the phone screen that you've been eyeing? That's not the case.

Listed below is everything you need to know about all of those free phone screen recording applications:

They're crammed full of intrusive advertisements that detract from the overall experience. When you're recording an Android screen, the last thing you want is a large watermark over your content or a banner with a load of advertisements in the way of what you're attempting to present on the screen. That is something you will not get from a paid hidden screen recorder, so it is absolutely worth it to spend a little money.

They are created with the intent of stealing your credit card information. When you stumble across a free screen recorder for Android, the last thing you want to think about is your financial information being stolen. But that may be exactly what happens. Unfortunately, some of these so-called free apps may actually wind up recording your screen even when you haven't given them permission to do so, such as when you're shopping online without your knowledge. These shady apps are designed to send the displays back to the developers for further investigation. Beware.

They are not responsible for the security of your screen recordings. Some programs for recording Android screen photos and videos are created with the best of intentions, and this is the case with some of them. The developers that created them are primarily concerned with building a decent product, and they have no interest in your personally identifiable information. However, because of a lack of adequate protection, it is vulnerable to a wide range of dangers.

Some apps, for example, send the videos you capture to a server and then back to your device, while others do the opposite. The risk is that your films will end up in the hands of fraudsters if the server is hacked or corrupted.

Purchase a screen recorder that is appropriate for your requirements.

Everyone has a different opinion on what the greatest phone screen recorder for Android is. If you want to capture a video of your screen, you have a number of choices to consider. However, if you want to view what's going on on someone else's computer screen, you'll need a monitoring tool like SPY24 on your side.

SPY24 has an excellent reputation; a large number of people trust it, and it was created with your privacy and security in mind. Try it out and see how it works for you.