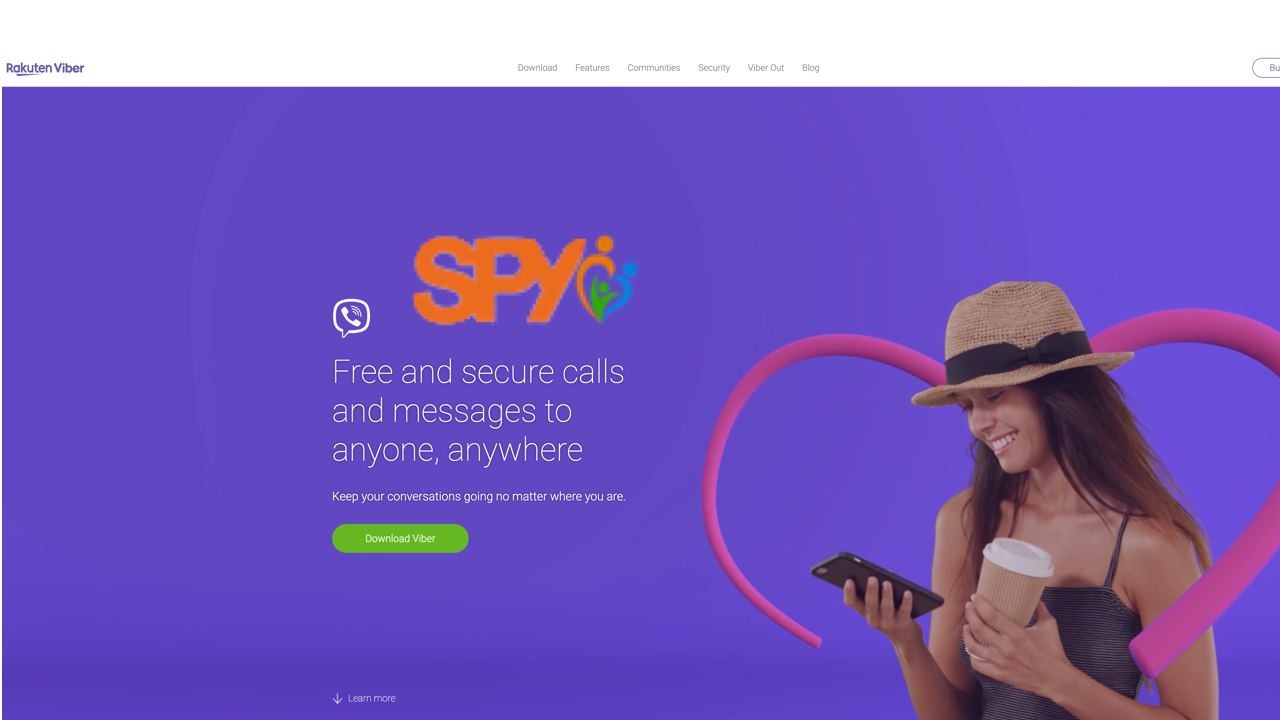 Review of Viber: Is This Instant Messenger Safe in 2022?

In this evaluation of Viber, we will examine its operation and features. In addition, we will provide detailed instructions on how to install Viber! Learn the specifics!

Viber is a global instant messaging and VoIP application used by close to a billion people. It enables users to make calls, send instant messages, photographs, and videos, and communicate with one another.

Viber holds the third greatest proportion of the instant messaging market, trailing only WhatsApp and Skype. Since its inception in 2010, the app's popularity has continuously increased. It is currently owned by Rakuten, a Japanese firm.

In this evaluation of Viber, we will examine its operation and features. In addition, we will provide detailed instructions on how to install Viber on your PC, Mac, or Android smartphone. We'll conclude with a comparison between Viber and WhatsApp to offer you a clearer idea.

How does Viber work?

In order to register with Viber, a phone number is required. Once registered, you can bypass your mobile carrier and use Viber to make calls and send messages directly. Viber Out also allows you to call non-Viber landline and mobile numbers. However, a minor disadvantage of Viber is that it is blocked in many countries.

Viber is presently accessible on the majority of the leading mobile and desktop platforms, including iOS, Android, BlackBerry, and Windows Phone, as well as PC and Mac. This evaluation of Viber covers the iOS, Android, PC, and Mac versions.

Viber is accessible via a web browser on Windows PCs and Macs. In this Viber review, we detail how to utilize the application on both iOS and Android.

If you wish to use Viber on a Windows computer, you must first install the software on your smartphone. If you already have the app on your mobile device, click here to get the desktop version. After downloading the desktop file, proceed as follows:

Install the downloaded file on your computer by executing it.

When prompted by the app, enter your cellphone number.

The PC will then display a QR code.

Scan the QR code on your mobile device.

You are prepared to use the application on your computer.

Viber can alternatively be installed on a computer using a BlueStacks emulator. BlueStacks is advantageous because it mimics a smartphone. Therefore, even if you don't have a smartphone or don't want to utilise it for the PC installation, you may use BlueStacks to install Viber for PC.

Install the file you downloaded.

Enter your cell phone number when prompted by the software.

Examine your iOS device for the activation code.

Enter this code to make Viber accessible on your Mac.

On Android, Viber is one of the most popular instant messaging apps. To configure Viber on Android, please follow these steps:

Once the program has been located, it must be downloaded and installed on the Android smartphone.

Locate the purple Viber icon in your Android applications.

Provide your cell phone number when requested. Select your nation.

Verify the security code given to your mobile device.

Enter the code into Viber to activate your Viber account.

After completing these steps, you will be able to use Viber for Android to make free calls and send free messages.

Viber is among the most secure instant messaging applications currently available. This is due to the vast diversity of security features given by the application. These features safeguard your identity, data, and chats. In this section of our Viber review, we highlight the security aspects that stand out the most.

When you send a message using Viber from your device, the message is encrypted. This indicates that the message is transmitted as a jumbled code so that no one along the path can decipher it.

When this message arrives at its destination, it gets deciphered. This ensures that the message can only be read by the intended recipient. Encryption is a fantastic feature of Viber because it offers utmost security for all of your Viber messages.

Secret chats enable you to send self-destructing Viber messages. Once a friend or contact has viewed and read a message in a private chat, it is removed automatically. You can choose how quickly the message is erased after being viewed.

Viber prohibits the forwarding of messages sent in a private chat. Additionally, it prohibits your contacts from taking screenshots of your private chats. If someone attempt to capture a snapshot of such a message, you are warned instantly.

This Viber security feature is especially beneficial for exchanging highly sensitive data, such as credit card details or personal information.

Encryption of public and group chats.

Viber also provides end-to-end encryption for group chats. Therefore, you can converse with an entire group of contacts with the assurance that no outsider can view the chats. Consequently, Viber does not encrypt public chats or community debates.

You can create "Trusted Contacts" in Viber by selecting the trusted contacts in your address book. The color green denotes your Trusted Contacts on Viber.

With this Viber security feature, you can rest certain that all of your communications with Trusted Contacts are totally encrypted and secure. You also have the option to ban messages from anyone who is not among your Trusted Contacts.

Do you wish to delete a message you sent on Viber that you later came to regret? No issue. Viber allows you to delete prior messages, whether they were sent yesterday or two years ago.

When you delete a message, the receiver who originally got it can no longer view it. This tool allows you to erase any information that you inadvertently shared with your Viber contacts.

Viber is one of the most widely utilized instant messaging applications worldwide. However, it has its own set of difficulties. In this portion of our Viber review, we will discuss the most prevalent issues and their respective solutions.

iPhone not ringing with Viber

Many iPhone users have this issue when using Viber on their mobile devices.

To resolve the issue, merely:

Select Alerts or Banner from the Alert Style menu.

Status on Viber is always "Online."

This can be an irritating issue. You do not wish to constantly be available on Viber, yet the app indicates that you are "Online" at all times.

To fix the issue, launch the Viber app and navigate to the Privacy area. Using the Share Online Status tool, you can manually alter your status.

Viber is not linked on PCs or Macs

Occasionally, Viber will not connect on a PC or Mac. This may occur for several causes. One of the potential causes may be that the appropriate ports are closed, prohibiting the connection. Your computer's or Mac's firewall may also block Viber from connecting.

To overcome these issues, use this resource from Viber.

Viber was previously restricted in several countries, including Saudi Arabia, Iran, China, Bangladesh, North Korea, the United Arab Emirates, Morocco, and Malaysia. Recently, many of these nations have relaxed their app bans.

If your country restricts Viber, you can use a VPN to bypass the block and continue using the application.

Both WhatsApp and Viber are prominent instant messaging applications. WhatsApp has close to 1.5 billion users, while Viber has approximately 1 billion users. However, both programs offer a comparable set of functions.

Both apps enable end-to-end encryption to safeguard your conversations. WhatsApp is typically favored for mobile phone calls due to its improved voice quality.

In comparison, Viber is superior for desktop-based phone calls. It offers native apps for both PC and Mac, unlike WhatsApp. Viber additionally offers Cloud Sync, a capability that WhatsApp lacks.

How Do I Register for Viber?

You do not need to register or sign in in order to use this service. After downloading the application to your device, you are prompted to input your phone number and sent an SMS with an activation code. Then, you are identified by your cell phone number.

Due to the fact that apps and services such as Viber compete with cell carriers, the service may be prohibited in some regions and on particular networks.

How does Viber function?

The application is compatible with the phone's address book. Each time you make a video call or send a text message to a contact, you are prompted to utilize either your mobile carrier's regular calling service (or SMS) or Viber. Prior to commencing any communication, the number is checked to see if it is registered with Viber.

Group messaging is another feature of Viber that is commonly utilized. The application allows you to pick and add participants from your address book. Viber also permits the sending of photographs and maps.

Does Viber require a connection to the Internet?

Viber does not use your GSM architecture and service to route calls and messages, thus you must use Wi-Fi or a data plan to access to the internet. If you use Wi-Fi, calls remain free, but you will be limited in your mobility. When using your mobile data plan, keep in mind that you will be charged for each megabyte of data utilized.

Viber makes it simple for users with disparate devices to communicate on a single platform. Because it uses the internet for calls and messaging, Viber is extremely effective for communicating with people in distant countries. It is an excellent tool for foreign travel and frequent international calls.

The comparison plainly demonstrates that Viber offers a greater number of functions. WhatsApp has less functionality compared to its competitors. Particularly if you frequently switch between desktop and mobile devices, Viber can help you conveniently transfer calls between devices.

Transfers calls and texts seamlessly to your PC.

Non-U.S. calls made outside of the network are charged.

Not compatible with your texting and phone apps.

Using the new Viber Spy app from SPY24, you can track anyone’s activities in Viber, save messages, make screenshots