What Should Parents Know About the Snapchat Application? 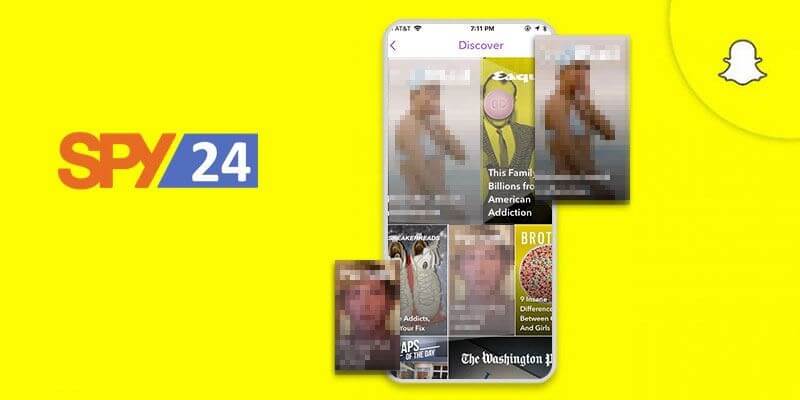 Snapchat is currently the most popular social media app among children and teenagers, according to data from Nielsen. It has experienced tremendous growth in recent years. Because of its sparkling and captivating features, Snapchat is extremely popular among children and teenagers. Before we go any further into the social networking app, you should know whether it is safe for children to use. The following are things that parents should be aware of:

Is Snapchat a Safe App for Children?

Snapchat appears to be particularly appealing to younger users. It is a popular instant messenger for young teenagers, and they like spending hours and hours on ephemeral messaging software like Snapchat or Snapchat. Cyber predators abound on social media platforms, and they are especially prone to prey on young adolescents by sending them friend requests and subsequently becoming friends with them. On the internet, they lure young kids into date rape and blind dates, and they ask for compromising photos and videos on the Snapchat communication app. Young teens frequently engage in sexual activity with strangers and are involved in hookups without their parents' knowledge. As a result, parents should be aware of the risks associated with social networking software before it is too late.

Daily, about 400 million snaps are transmitted through social messaging apps that require users to specify privacy preferences and constraints.

Snaps that have been shared should be visible to the intended recipient and his or her connections.

Snapchat must take precautions to ensure that the snaps it sends are not exposed to others or prayed upon by cyber predators.

With the use of the best parental control tool, such as SPY24, parents can supervise and protect their children from inappropriate content and sex offenders.

Parents Should Be Wary of Snapchat's Dangers and Warning Signs

Snapchat's main selling feature is the ability to share photographs and videos with friends and followers on social media. You should be aware of the types of things that children publish on social networking sites, as well as who has access to those posts. Snapchat's deceptive features allow kids to send and receive explicit messages, chats, movies, and photographs, all of which are immediately deleted from the Snapchat app's surface after a short period of time.

Predators can record your teen's sexually explicit images and videos on the internet.

They have the ability to post the recorded compromising images and videos on other social media platforms.

The following are the most important warning indications for parents:

Snapchat has been downloaded on your child's smartphone.

Your teenagers are more likely than not to use their cell phones to take photos and movies.

Children appear to be drowsy all of the time.

Children are less interested in academics and physical activity than adults.

The majority of teenagers used to conceal their phone screens when you got closer to them.

When it comes to receiving texts, chats, videos, and voice calls from persons they do not know in real life, young kids are more inclined than older teens to do so. People could pose as age peers to their adolescent counterparts. As a result, parents should speak with their children who are infatuated with the social media platform Snapchat. Teach your children about privacy and safety, as well as how internet criminals might use social messaging apps to snare them.

What Is the Minimum Age Requirement to Use Snapchat Messenger?

Snapchat is a social networking program that can be used by anybody over the age of thirteen. Young children, on the other hand, can appear to be older than 13 by adopting a fictitious date of birth. As a result, children can endanger their own safety at any moment in time. Snapchat does not have an age verification feature that confirms the age of the people who are using the app.

A survey on Snapchat statistics reveals that children are extremely attached to the app; this is supported by the data.

In 2021, over 327 million Snapchat users were still actively using the app.

More than half of the total user population creates fresh material on a daily basis through the app.

The statistics are derived from the children's enthusiasm for the application. While this app has some positive aspects for children's lives, it also has some negative aspects that might cause difficulties for parents and families. Parents should be informed of all of their children's activities on Snapchat, according to the experts, in order to deal with the threats of the social media application.

The Characteristics That Parents Should Be Aware Of, as well as the Solution

Snapchat offers various elements that appeal to children's interests, but at the same time, a couple of these characteristics are detrimental to the children's well-being.

Aside from the ability to take photos, make VoIP calls, and exchange messages through chat, there are a few extremely offensive elements that can cause serious harm to the moral and ethical standing, as well as the character, of children and teenagers. Let's talk about them.

Snapchat's Discover feature has a problem.

Underage users' moral status and character are assassinated by the employment of the aforementioned feature. Snapchat's discovery feature allows minors to discover sexually explicit and adult content, despite the fact that the minimum age to join is 13. Nonetheless, this age does not confer the authority to investigate the types of sensitive content that Snapchat Discover makes available.

Essentially, the feature works by presenting the most popular posts and photographs from top-rated users in the Discover gallery, and as we all know, stuff that is related to sex usually attracts attention. As a result, the Discover gallery is jam-packed with such material.

The use of a Snapchat spy app in conjunction with the discussion of the concerns with the child can provide a solution to many of the challenges that parents experience.

In addition to this, a more thorough solution to the problem is the use of a spy app to track and monitor all of the activities that take place on Snapchat.

A parent can record the whole Snapchat Discover feature on their child's phone using Android spy software. Because an OK spy app records the screen of the target phone, the parent will be alerted when the child begins to explore the Discover function on his or her phone.

As a result, the parent will take all necessary steps to ensure that the child is protected at all times.

Snap Streaks are a problem.

Snap streaks act as a barometer of the two Snapchat users' friendship with one another. They are triggered when a user maintains communication with another user for three days in a row without any interruption.

A few connections have been able to continue their streaks for hundreds of days or more, but there is another side to the tale to consider. Unknowingly, a small number of children begin to form connections with prospective sex predators and criminals. The long-term relationship with these users might be detrimental since, after learning about the children's secrets and privacy, the child predators can exploit and blackmail them in order to achieve a financial advantage.

They can harass them and demand that they provide their parents with financial information, which might have serious consequences for the family in the future.

Aside from that, the Streaks can be used to initiate online dating for minors; the Streaks can involve connecting with other children with whom they exchange immoral content or intimidating messages, which can be detrimental to the teen's moral character. As a result, it is the parent's obligation to deal with this type of situation.

Snapchat spyware can be used by the parent to deal with exactly this problem. With the help of a spy app, parents can thoroughly and actively monitor every bit of communication that takes place on social networking sites, allowing them to spot any harassment, bullying, or predating cyber activity that is taking place against their children.

Snap Games are a source of contention.

Using Snapchat, Snap Games provides a virtual gaming environment that allows users to share voice notes and messages while playing games. Some of the games in this game are not in accordance with moral standards because they contain sexually explicit emojis and animations, and children can even comment on them while playing the games, therefore parents must discuss these issues with their children.

One of the few ways to deal with the problem of Snap Games is to incorporate the use of phone spy software to keep track of what teens are up to on Snapchat.

Over Snap Games, parents may learn about their child's activity patterns and preferences, which they can then share with their children. The parent can talk to the youngster about phasing out any below-the-belt or immoral behavior that is taking place, or the parent can directly prohibit numerous games from being played by the child because they do not provide moral standards.

Snap Maps are a source of contention.

Snap Map is the function that poses the greatest risk to the child's safety since it allows the child's friends and contacts to track the child's whereabouts in the real world. It is detrimental to the safety of children in any way.

Consider the possibility that the child has come into contact with a criminal. In that instance, the same can be used to determine the whereabouts of the child in order to carry out any criminal activity, including kidnapping and other crimes.

The first thing that comes to mind when thinking about how to solve the situation is to inform the child that the location would be shared with the contacts via Snap Map. The parent must inform the child of the dangers and ramifications of revealing one's whereabouts to others.

It is possible that this may not solve your problem, and you will need to utilize a Snapchat monitoring program. With the live GPS location monitoring software, parents can gain access to the child's Snapchat account at the level of an administrator.

Consequently, the parent can turn off location sharing with the child's contacts, so increasing the safety and security of the youngster.

A Parental Control App that Meets the Needs of Every Parent, SPY24 is the best choice.

There are a number of spying systems available that can track and monitor Snapchat activity in great detail, but the most effective of these is SPY24. As previously indicated, a spy app is required for a variety of concerns relating to child safety when using Snapchat.

While controlling the app's Discover, Streaks, Games, and Map functions, a spy app provides a cutting-edge capability that contributes to the child's overall security in a variety of different ways. The cell phone monitoring app monitors all of the conversations, VoIP calls, voice notes, and multimedia on the target phone.

The conversation revolves around the Snapchat features that parents should be aware of in order to ensure the safety of their children. Several characteristics are explored, as well as the dangers they pose and the methods that can be used to mitigate those dangers.

The conversation eventually comes to the conclusion that spy software is the greatest answer for parents who are concerned about their child's security in a variety of ways, and SPY24 is currently the best spying tool that can keep up with all of the relevant issues.