Why Should Parents Consider Call Recording For Their Children's Safety?

Home - Why Should Parents Consider Call Recording For Their Children's Safety?

Why Should Parents Consider Call Recording For Their Children's Safety? 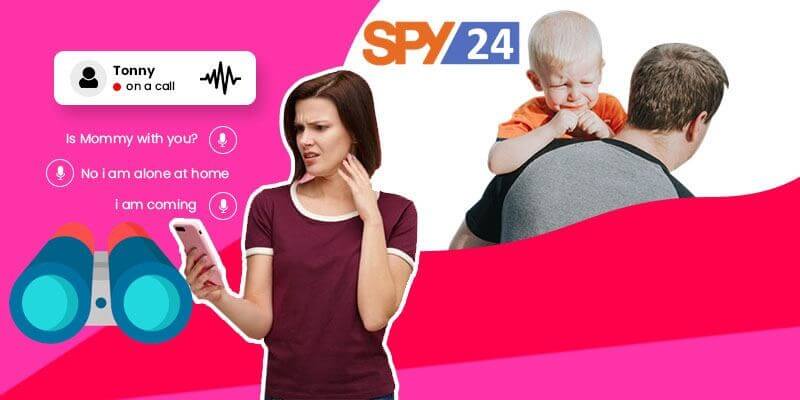 It is terrifying for parents to think about their children's safety and they have various doubts. They are interested in finding out who children are communicating with through their phones. A number of incidences involving smartphone abuse occurred, and children were exposed to a number of vulnerabilities as a result of their lack of interest in call recording . Parents should be aware of their children's friends at school or on the internet. The online privacy of children is at risk, and you must record and listen in on your children's conversations when they are on the phone with someone. As a result, it has become vital for parents to understand how to record phone calls in order to ensure that their children maintain online and offline friendships.

Did you know that there are different sorts of phone calls, such as cellular calls and VoIP calls made using instant messaging apps? People enjoy making phone calls on a mobile network, but your phone must have strong signals in order to do so. Furthermore, cellular calls are expensive, and the user's location should be within cellular service. When comparing VoIP (Voice over internet protocol) calls to normal phone calls, VoIP (Voice over internet protocol) calls are a superior choice for young tweens and teens.

Please keep in mind that VoIP calls are more secure than cellular network calls since they are end-to-end encrypted files that are difficult to capture, unlike cellular network calls. Online predators are increasingly likely to use VoIP conversations to lure kids into their web traps in order to maintain their anonymity from law enforcement authorities.

Do you have any idea why? The usage of 1 MB of data on your phone is significantly less expensive than the cost of making a call over a cellular network. Consequently, every young child has an excellent internet connection, and they choose to make VoIP calls rather than using their mobile phones. Phone calls, on the other hand, must be recorded, whether on a cellular phone or through messaging apps.

What is required for cellular and VoIP calls is as follows:

Cellular calls necessitate the use of a cell phone as well as strong cellular network signals.

VoIP calls were placed over instant messengers such as Facebook, WhatsApp, Snapchat, Line, Vine, Viber, and a variety of other platforms. Furthermore, VoIP can be both audio and video in nature. They are in need of a reliable internet connection.

Kids can make cellular and VoIP calls using their cell phones and an internet connection if they have access to one. As a result, parents must record live phone calls and VoIP communications in order to safeguard their children's online and offline safety, which has never been done before. Call recording is the ultimate solution for children's protection, and it has the potential to protect teens from becoming vulnerable.

Call recording on children's phones is recommended for a variety of reasons.

There are a variety of reasons that parents may be compelled to record live incoming and outgoing calls on a cell phone device. Listed below are the top 5 reasons that make call recording and VoIP call recording vital for parents now more than at any other time in history:

Single mothers are frequently threatened with child abduction by an ex-partner.

Do you have any idea? Every day in the United States, more than 2100 new cases are reported, according to the CDC. Only 25 percent of the children kidnap strangers and use them as pawns for child abusers and other heinous criminal activities.

It is also possible for children to run away.

Female children are more likely than male children to be taken by strangers while they are in their teenage years.

In order to protect their children from their abusive partners, single mothers must care for them before they are taken away from them. Single mothers can record phone conversations on their children's phones in order to take immediate action against the perpetrator and notify law enforcement authorities. It is possible for mothers to record and listen to talks on cellular phones and VoIP calls in order to find out who their children are conversing with on the cellular phones and VoIP calls.

Kids are lured into a date rape by sexual predators on the internet.

Sexual predators can appear in any form. They are more likely to communicate with teens online through messaging apps than they are in person. They make audio and video calls using Facebook VoIP calls, WhatsApp messenger calls, Skype, Viber, Snapchat, and other messaging apps, as well as other social media platforms. They seduce teenagers by expressing an interest in them and seeming to be friends with them at first. Teens are persuaded to enter into a real-life relationship by sex offenders, who then meet them. Teens are more likely than adults to be subjected to date rape at the initial meeting.

Almost 12 percent of teenagers have been the victim of date rape.

Teens are more likely than adults to be raped by more than one person.

Twenty-one percent of the youngsters post their cell phone numbers on their social media pages.

Online predators could store shared contacts on their phones in order to prey on their victims. Furthermore, the profiles appear in the suggestions section of their social media networks. As a result, sex offenders begin following young kids on the internet in order to capture them in real life.

Young teenagers become involved in sexting while on the phone.

Teens are increasingly engaging in phone sex, often known as sexting. Young teenagers are yearning to communicate with someone they have never met before online. Consequently, they choose to maintain contact with the people they have met online using social media networks such as Facebook and Twitter. They might give their cellular phone numbers in order to make calls and send sexts, and their online companions are more likely to persuade them to participate in sextortion simply. Young kids engage in phone sex through voice calls on cellphones, as well as send sexually explicit text messages, nudes, and a variety of other messages.

One in every four teenagers is subjected to sexting.

At least one in every seven youths sends and receives sexually explicit text messages and engages in phone sex chat via voice calls.

As a result, parents must record incoming and outgoing phone calls, as well as VoIP communications, in order to protect their children from persons who try to induce them to engage in phone sex, sexting, and sextortion.

Calls and VoIP calls have made it easier for teens to engage in drug use.

Drug misuse among teenagers has never been more prevalent than it is now. It is through audio and video conversations on social messaging applications that they approach strangers online in search of drugs. They could receive invitations to free parties from strangers who wanted to sell them narcotics, such as marijuana, opium, ice drug, and other illegal substances, among other things.

In middle school, 3% of students have taken illicit drugs.

Six percent of twelve-grade students are infatuated with illegal drugs.

Drug dealers use social media to pose as high school students in order to sell drugs to children. That was stated in a CBS News story.

Parents should be aware of who their children are conversing with on phone calls and over VoIP calls by using call recording technologies before it is too late to intervene. Drug misuse is increasing on a daily basis, and young people are destroying their lives in order to realize their desires.

What is the best way for parents to record phone calls on their children's phones?

Parents can record live calls on cellular networks, as well as VoIP calls on social networking sites, for the first time ever. They can discreetly install call recording apps on their target phone and afterward utilize a call recorder solution to remotely record live calls, VoIP audio video calls, and other types of communications.

What is the best app for recording phone calls?

Call recording software for parents, such as SPY24 , is the finest option. It gives you the ability to gain secret access to the target device in order to record live incoming and outgoing (phone calls and VoIP) calls on another phone. You can use the strong capabilities of phone spy software installed on the target device to learn who your children are currently conversing with at any given time.

The following are the most important SPY24 features for recording calls on another phone: For cellular networks:

Incoming calls should be blocked for social media networks.

Calls on WhatsApp are being recorded.

The recording of Viber voice calls

And there are many more!

With the help of covert call recorder software, SPY24 enables parents to record live phone conversations. In addition, customers can receive call logs of incoming and outbound calls, as well as a schedule of calls. You can record and listen to one-sided VoIP calls on Android without having to root the device, and the data is saved to a web-based management panel.

Why is SPY24 the most effective tool for recording phone calls?

SPY24 is one of the most effective applications for recording phone calls and VoIP calls on social networking sites. The following are the characteristics that have distinguished it as a leader in its field.

It is a call recorder that is both hidden and undetectable.

It is most effective for listening to children's voices and cell phone calls.

It works on the targeted Android phones without the need to root them.

It has the capability of surreptitiously recording calls by masking the app icon.

GPS tracking is used to track people and vehicles.

Apps that have been installed can be viewed.

Use of a screen

Text messages can be blocked.

a person who searches for passwords

A device that can be locked and unlocked

Conclusion: For parents who want to listen in on their children's concealed and sneaky calls on mobile networks and social media networks, SPY24 is the number one choice. Parents can use it to record phone calls on another phone at a time and location of their choosing, and then play them back later. You can use phone conversations to safeguard children from sex offenders, child abduction, online enticement, sextortion, date rape, drug abuse, and a slew of other dangers that can arise.